When Evil Lived in Laurel landed on NPR’s Best Books List last year, and author Curtis Wilkie has since stayed busy signing copies at a smattering of events, including one held in the shadow of Mississippi’s Civil Rights Museum. There, audience members soaked up stories from Wilkie’s long career with The Boston Globe and his years covering ’60s-era civil rights struggles. He also referenced the murder of Mississippi voting rights activist Vernon Dahmer that took place during that time, but Wilkie admitted he never considered writing a book about it until he met the guy sitting front row, right.

At that mention, Mike Landrum stands briefly and smiles. The insurance executive and former professional football player makes it to as many of these book signings as he can, because he’s proud of his dad, one of the heroes in Wilkie’s nonfiction novel. But neither Mike nor his four siblings really understood their father’s accomplishments until Tom Landrum was near the end of his life. He kept a big secret for decades.

Then, in 2007, someone published a book that worried Landrum. Mike remembers his dad called for a family meeting. “He told us his name was listed as being at a Klan meeting, and he just said, ‘It’s not what you think. If something ever happens to me or your mom, look in my old briefcase in the back of our closet.’”

Mike says they didn’t think much about it because they knew their dad. They also knew closed lips came with his job as a correctional officer, a 30-year career. “So we never asked questions. We just knew it wasn’t anything to worry about.”

But Mike had another talk with his dad in 2016. The elder Landrum was by then 84, and his health was deteriorating. He handed over seven journals, and Mike says he was blown away by what they contained. “I didn’t sleep the whole night.”

The pages revealed Tom Landrum, as a 33-year-old youth court counselor, had in 1965 become a member of the White Knights of the Ku Klux Klan, back when they were an evil blight on his hometown. What the Klan didn’t know was Landrum joined at the request of the FBI. He was an informant.

“His job was to create distrust within the White Knights, a kind of psychological warfare,” Mike explains. 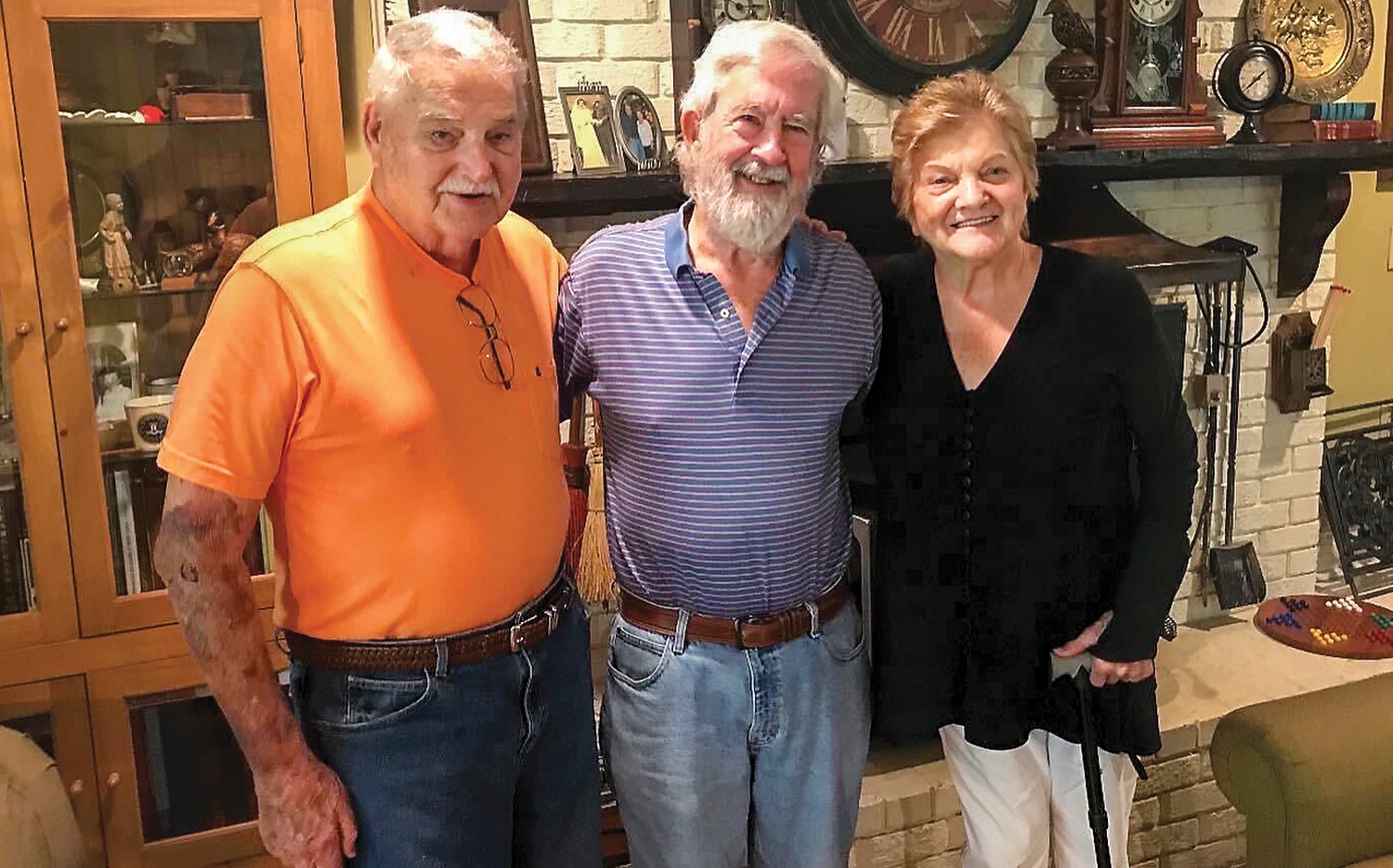 Infiltrating was dangerous business, and Tom Landrum spent a week praying with his wife and his mother-in-law before deciding to risk his life and the safety of his young family. Mike says he did it because he believed it was the right thing to do, even though he couldn’t tell his parents or his siblings. His friends. His church.

Landrum’s introduction to the secretive group was eye-opening. He was surprised to learn who some of the members were—former students he’d taught and coached, a relative, the circuit court judge, even part-time preacher Cecil Sessum. Sessum told Landrum they were doing the right thing—that God had established racial separation.

Landrum didn’t participate in the White Knights’ “missions,” but he did attend meetings. He took notes, then passed them to the FBI in a creek bed behind Laurel’s Charity Hospital or in the library at a nearby university. “They figured none of the Klan would be in a library,” laughs Mike.

Sadly, Landrum couldn’t prevent the 1966 murder of Vernon Dahmer, the murder highlighted in Wilkie’s book, but his meticulous records helped bring some of those responsible to justice even as late as 1998, when the state of Mississippi retried and found guilty of murder Sam Bowers, the White Knight’s Imperial Wizard. 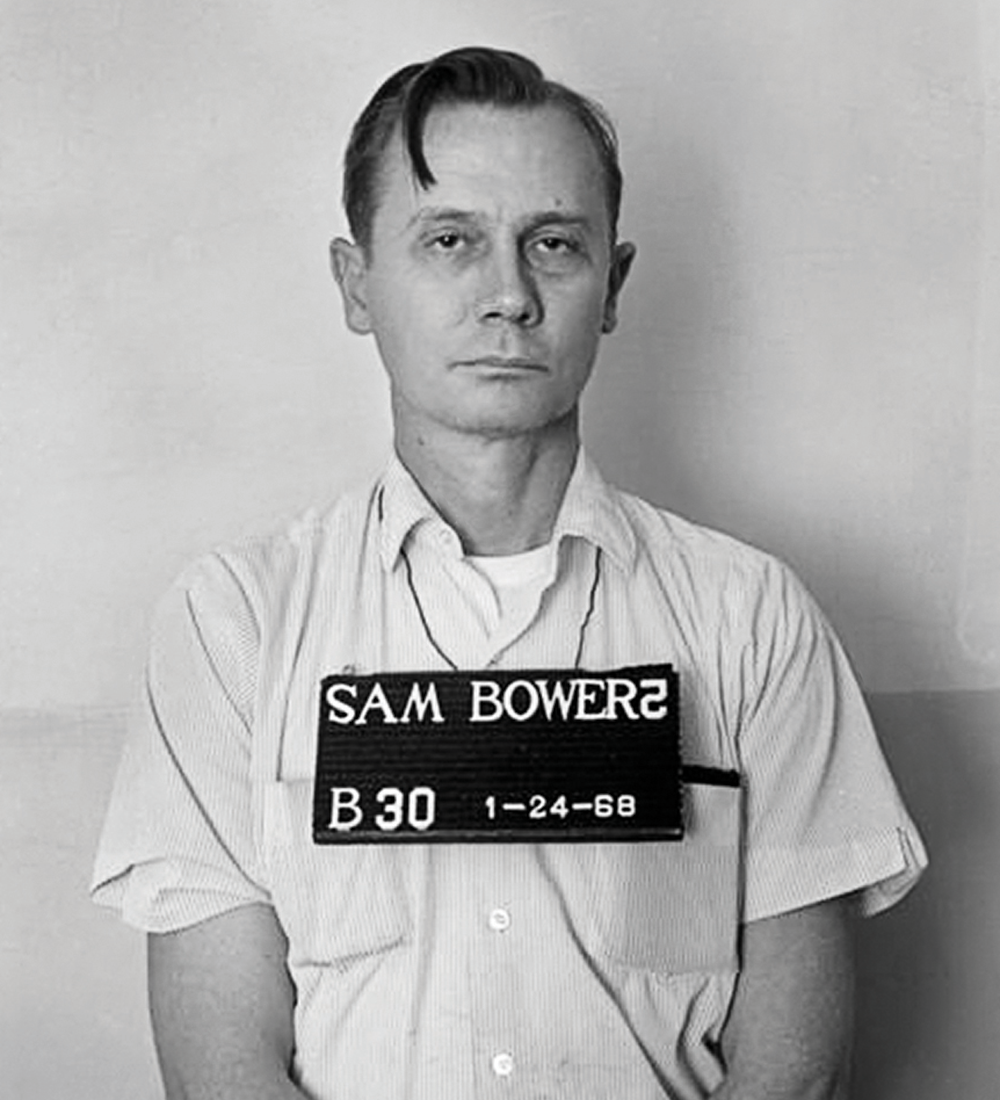 Landrum’s wife, Anne, helped him in the work, making carbon copies of his notes and sending them to her mother, who put them in a lockbox in her out-of-town bank. Mike had those records digitized, and the family eventually shared them with Wilkie.

Landrum died in 2019, before his informant role was well known. Mike believes the timing was right, because his father never sought acknowledgment. He didn’t accept compensation from the FBI, either, even though they often paid informants when civil rights struggles roiled the South. Landrum took on the task for a different reason—to combat evil in his community.

“I knew Dad and Mom were both very special,” Mike says, “but man, I didn’t know how special they were.”