Women who have multiple abortions present challenges to pro-life efforts

Almost half of all the women who abort each year have had prior abortions, according to the Centers for Disease Control and Prevention and the Guttmacher Institute. This percentage hasn’t budged much for the last 20 years—and those repeat abortions are a huge challenge for the pro-life movement.

Cassi Pavlo knows that firsthand. She’s now pro-life and the director of patient resources at the Rockville Women’s Center in Maryland, but she had an abortion when she was 16 and two more abortions during the next four years.

You might assume she wasn’t using birth control, but 44 percent of women who abort were using contraception the month they became pregnant, according to a Guttmacher report published last year—and Pavlo was one of them.

You might assume she never received counseling at a Christian pregnancy resource center, but she did—and left unmoved: “I knew they wanted me to be pregnant. I just went to get a pregnancy test, and I was thinking, Get me the blank out of here.”

I asked officials of the American College of Obstetricians and Gynecologists (ACOG), the nation’s leading group of physicians providing healthcare for women, if they advised for medical reasons a limit on the number of repeat abortions a woman should have. They said no: Abortionists injure a woman’s uterus and cervix less than 1 percent of the time, so “the risk is less than those associated with carrying a pregnancy to term and delivering an infant.”

You might think Cassi Pavlo was incredibly evil to be consciously killing her children, but like many of us (in various ways) she compartmentalized: “You just have to tuck that part of your life away emotionally.”

Steering a woman’s life away from no-strings-attached sex and toward sex within a stable marriage is the single best way to break the cycle of repeat abortions.

Pavlo’s repeat abortions have influenced her counseling techniques. She doesn’t give “save the baby” talks or hand out onesies to women planning repeat abortions. Even if a client says she plans to parent, Pavlo will still give her the same brochures on pregnancy, adoption, and abortion. Because, for women like her, even the slightest hint of judgment will turn them off.

“She doesn’t need to hear about sin. She needs clear, truthful information that she can process,” Pavlo said. “There are some women who are hell-bent on having the abortion; the minute she sees the Scripture on the walls [of the Christian crisis pregnancy center] she’ll make a U-turn so fast you won’t even have time to say hello.”

MANY IN THE PRO-LIFE MOVEMENT are thinking through how to address the women who account for nearly half of all annual abortions. For them, the normally reliable pro-life arguments probably won’t work. Scaring them about Planned Parenthood won’t work if they feel they received kind treatment inside one of its centers. Seeing a sonogram won’t tug at them the second time if it didn’t the first.

So what will work to reduce repeat abortions?

In 2011, researchers conducted a randomized controlled trial at 40 Planned Parenthood centers: Some centers received training on the effectiveness of LARCs, while others received nothing. At the centers with the training, more young women chose a LARC, and a year later the pregnancy rate was 19 percent lower for those who had gone to these centers than for the women who had been at the others. As the logic goes, birth control that’s highly dependent on a user remembering to use it (e.g., pill, condom) isn’t as effective as birth control implanted into the user (e.g., patch, IUD, ring).

Still, stronger birth control is not the solution, because women have been slow to accept it. Guttmacher estimates only 14 percent of women use a LARC, and for some, hormonal birth control of any sort causes more problems than it solves. A recent study by researchers at the University of Copenhagen reported hormonal birth control raises the relative risk of developing breast cancer. 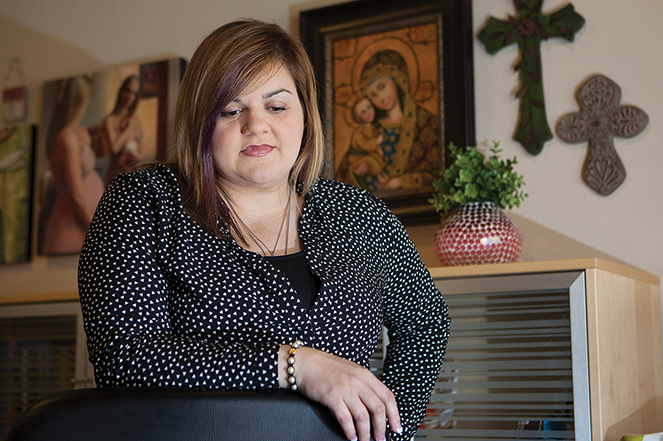 Abby Johnson, a former Planned Parenthood employee who now leads a ministry helping abortion workers leave the industry, had two abortions and said hormonal birth control didn’t work. “We used various methods of birth control, Nuva Ring, Ortho Evra, different pills,” said Johnson via email. “I settled on the Depo Provera injection and got pregnant eight months after starting the method. I got my shot at the right time, did everything I was supposed to. But here I was, pregnant again.”

Johnson eventually went for an IUD, and while it was effective, she said it gave her frequent infections and may have affected her fertility when she and her husband decided to build their family. Even if she’d had a good experience with birth control, Johnson says, teaching women about their bodies and fertility at a young age is a better answer, not birth control.

It helps to understand the reasons why women return to the abortion center, even if the reasons are as many and varied as the women themselves. “When I walked into the room and uncovered myself for the procedure, I broke down,” writes one woman on myabortionmylife.org. “I asked God to forgive me for my sin. I didn’t want to abort my baby but I knew I had to. That was my second abortion within a few years. I wouldn’t wish a surgical or medical abortion to my worst enemy. I’ve been emotionally distraught, unattached to life.”

Hundreds of repeat-abortion stories like these dot the internet, most testifying to the pain, embarrassment, and sometimes remorse over the taking of life, even as women express pride for standing up for themselves. The women cite reasons for a second abortion that range from the tragic to the trivial, from a cancer diagnosis and fetal abnormalities to imagined fears of a jealous big brother. (You can find them at myabortionmylife.org, wetestify.org, projectvoice.org, and 1in3campaign.org, most set up by pro-abortion groups to give post-abortive women a chance to share anonymously.)

The stories and the statistics paint a picture of a patient who’s slightly different from the average first-timer. For one, she’s older. The likelihood of multiple abortions rises significantly with age, so while it’s less common for a 31-year-old to walk into an abortion center, chances are if she does, she’s coming for her second or third procedure. She’s also more likely to have attended college, though this doesn’t mean she’s learned about fertility or fetal development.

BUT MOST FIRST-TIMERS and repeat abortion patients have in common the absence of one thing: a wedding ring.

Roland Warren, president of Care Net, a pro-life organization that oversees 1,100 pregnancy centers, says the best way to make sense of the 45 to 50 percent repeat abortion statistic is to look at yet another data point—86 percent of all abortion patients are unmarried. Because these relationships are often tenuous, pulling in the expectant father is key, Warren says. The father, usually the first to be told about the pregnancy, is crucial in the woman’s decision, but he’s often absent from the conversation at the abortion center. Warren, who spent 12 years heading the National Fatherhood Initiative, says “guys can be a big social pressure for good.” 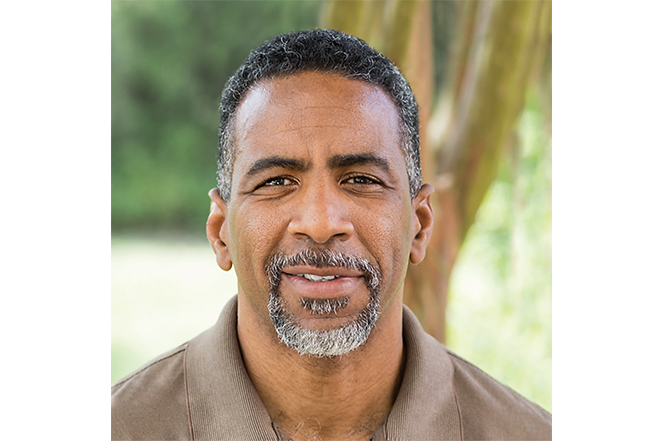 His group pulls the guys into both group and one-on-one conversations, which he feels are important both in saving the baby from an abortion and in what he calls promoting a “pro-abundant life,” emphasizing high-quality, conflict-free relationships. It’s those relationships, he says, that ultimately keep women from walking back to the abortion center alone.

Even though it’s unsexy to push it, pro-life groups like Care Net say steering a woman’s life away from no-strings-attached sex and toward sex within a stable marriage is the single best way to break the cycle of repeat abortions.

Warren knows this from experience. When he was an undergraduate and his parents learned he would be an unexpected father, they vowed to cut him off if he married his girlfriend and went through with the pregnancy. Everything seemed to point toward abortion, but Warren stood in the gap. “I said I’d be a husband and father to our child.” That, he says, made the difference.

An earlier photo caption in the web version of this story misstated Roland Warren’s name. It has been corrected.