Leisola was an upwardly mobile European bioscientist until he read a book questioning evolutionary theory and started reading more in an attempt to defend Darwin. The more he learned, the more skeptical he became regarding “fossilized materialism,” and his chapter titles show his ascent in knowledge and his descent in reputation: “Students Begin Listening … Professors and Presidents React … Publishers Hesitate.” Leisola lays out “the overwhelming problem facing the materialistic theories of life” and punctures the claim that almost all support Darwinism: Many fear being called Darwin deniers and labeled science heretics, but Leisola’s last chapter title shows why honesty is best: It takes us “Through a Doorway to Adventure.”

Philosophy professor J.P. Moreland defines scientism as the belief that natural science is the supreme intellectual authority, while theology depends on blind faith, emotion, and cultural upbringing. Moreland says such arrogance is why “scientism is not science but philosophy,” and not “a friend of science but rather its enemy.” Humble science tells us what is testable, but believers in scientism pretend to know about past and present what they can’t possibly know—and that makes it detestable. Moreland shows the Darwinian revolution was a revolt against God, but the fine-tuning of the universe is powerful evidence for God.

Smith’s subtitle is What Atheism Can’t Deliver, and paramount among its failures is explaining how we got here. Smith is rightly severe: “The ideology of scientism” changes science from “(1) one fantastic way to know many things about ourselves and the world into (2) an imperialistic, exclusivist, totalizing source of any and all legitimate knowledge about everything.” Smith points out that atheism’s advocates advance crucial claims that are neither rational nor realistic, and that “deeply personal pseudoscientific commitments” drive scientific discovery. As physicist Steven Weinberg said in 2003, “Maybe at the very bottom of it … I really don’t like God.”

The Secret Life of Science

Baumberg, a University of Cambridge scientist, shows how publicity-dependent and cutthroat Big Science has become. He explains scientific pecking orders, groupthink tendencies, the competition of journals and conferences, and the lack of dialogue and debate. Baumberg also shows the influence of “fluffy marketing” via press release patter and clickbait-conscious journalism, which turn the selection of articles “into a political act.” Scientists can keep up with only a fraction of research in their own field, let alone “over the grand landscape.” All that makes it hard for new paradigms to gain traction, especially since anyone courageous enough to criticize Darwinistic materialism faces ostracism. 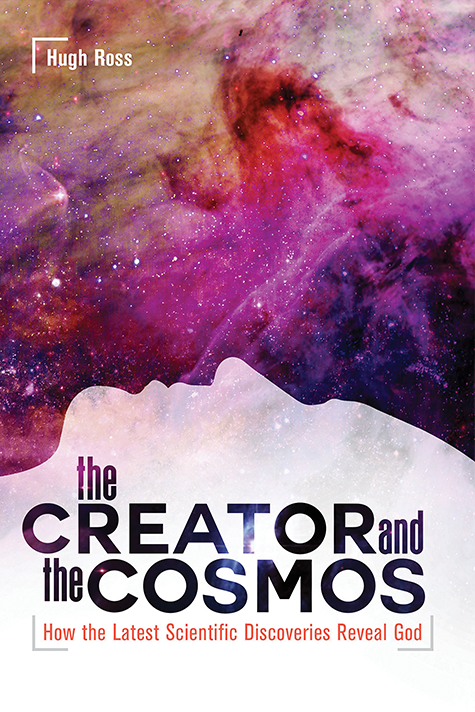 The Creator and the Cosmos

In the fourth edition of a classic with the subtitle How the Latest Scientific Discoveries Reveal God, Ross shows how more than 100 different parameters for the universe must have values falling within narrowly defined ranges for physical life of any conceivable kind to exist. The long list includes gravitational, electromagnetic, and nuclear forces; electron to proton mass ratios; initial uniformity of cosmic radiation; and on it goes in area after area about which Charles Darwin could know little or nothing.

Ross offers analogies even better than Fred Hoyle’s hurricane sweeping through a junkyard and assembling a Boeing 747. He writes that the universe’s “fine-tuning is 10 to the 43rd times more exquisite than someone blindfolded, with just one try, randomly picking out a single marked proton from all the protons existing within the entire extent of the observable universe.” Or try this: “a billion pencils all simultaneously positioned upright on their sharpened points on a smooth glass surface with no surface supports.”

(Please read the next section in our 2018 Books of the Year issue: “War on Poverty: Nearly Won (and Lost)”)