The Government Girls Secondary School in Nigeria where more than 300 girls were abducted by gunmen. Sunday Alamba/AP

A September report by the Norwegian Refugee Council, UNICEF, and the United Nations High Commissioner for Refugees outlined a dire situation for schoolchildren in Africa: Violence from militant groups and attacks on schools have prevented 57 million children in West and Central Africa from attending classes. The region is home to nearly a quarter of the school-age children worldwide who do not have access to education.

As of June, at least 12,400 schools in eight countries—Burkina Faso, Cameroon, the Central African Republic, Chad, Congo, Mali, Niger, and Nigeria—were closed. Some schools closed because of attacks, while others shut down because of a lack of teachers or students due to fears of violence or people fleeing the area. In Burkina Faso, Mali, and Niger, school closures jumped 66 percent between fall 2021 and spring 2022. In Burkina Faso alone, a country of about 21 million people, 4,258 schools are closed with 1.93 million people displaced—or nearly 1 in 10 residents. 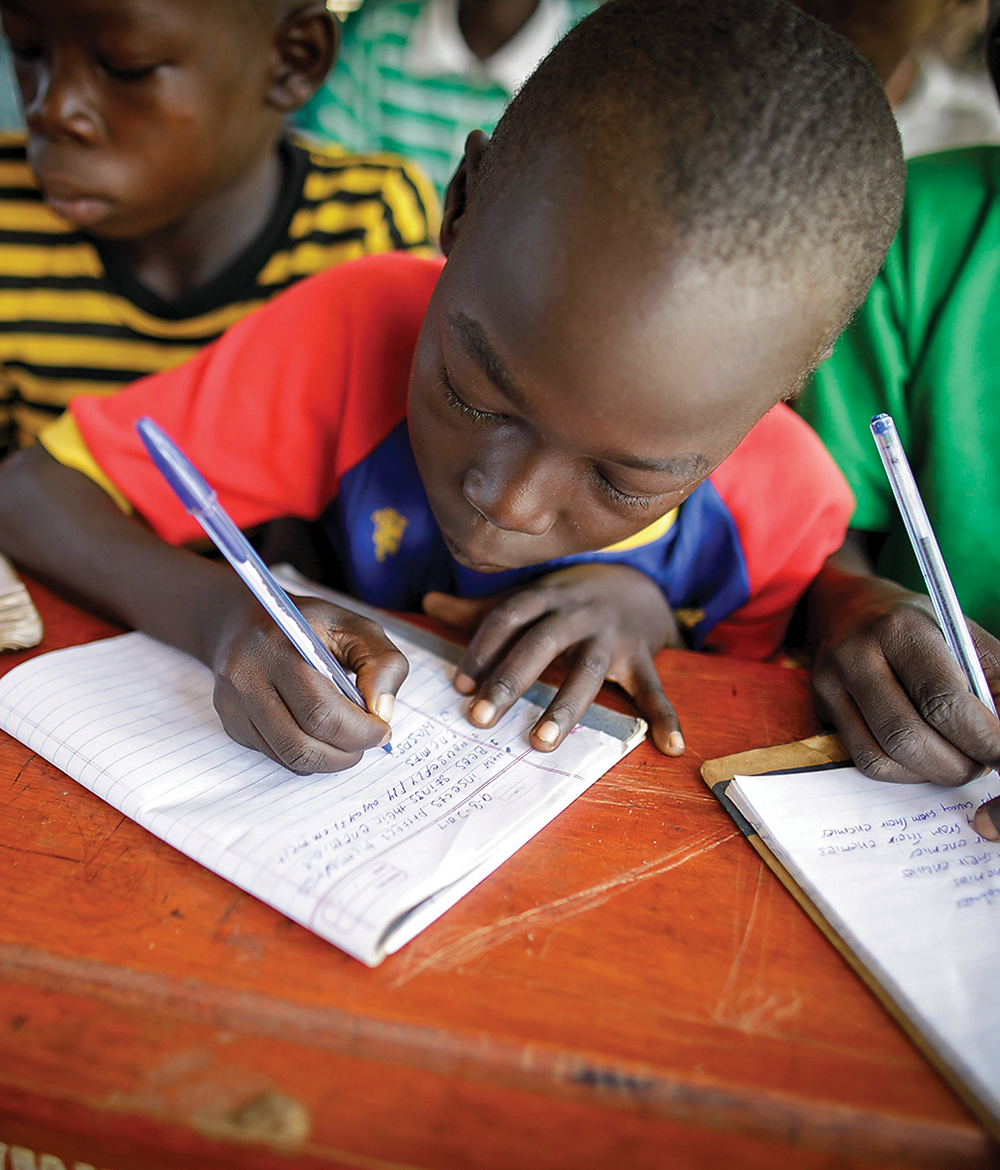 Children fleeing conflict around the world also suffer educational loss even after their families find refuge outside their home countries. The UN Refugee Agency reported last month that refugee students are less likely to attend school than native peers in their host community: In a survey of over 40 countries, the agency found that among refugee students, enrollment in primary school stood at 68 percent, while in secondary education enrollment was only 37 percent.

There are more than 10 million refugee children around the world. As of late 2021, 69 percent of refugees were from five countries: Syria, Venezuela, Afghanistan, South Sudan, and Myanmar (also known as Burma). The UN report did offer some good news regarding education, however, noting the share of ­refugees enrolled in higher education has risen to 6 ­percent, up from 1 percent in 2019. —L.D.