Running to the right

“I am Giorgia. I’m a woman. I’m a mother. I’m a Christian.” With those words as a campaign rally call, Giorgia Meloni, 45, won Italy’s Sept. 25 snap election. She is now poised to become the country’s first woman prime minister, and the first of an unabashedly right-wing party—Brothers of Italy—since the 1920s.

Critics have branded her party as fascist, but Meloni says she’s committed to fighting gender theory, surrogate motherhood, and abortion. “I’m not against progress; on the contrary, I’m against a return to barbarianism,” she says, lambasting progressive demands for labels of “Parent 1 or Parent 2.” In the days following the Italian election, American conservatives praised Meloni for confronting identity politics and upholding family values.

“Why is the family an enemy?” she asked in a recent speech. “Because it defines us. Because it is our identity.”

With Meloni’s rapid rise to power in Italy and the victory of the Sweden Democrats in Sweden’s September general election, observers of Europe see an ongoing political shift to the right. Already last spring Marine Le Pen’s National Rally party made huge advances in France, and Hungarians handed Viktor Orbán a fourth term as prime minister. In Poland, the conservative Law and Justice party won reelection in 2020. These right-wing parties and politicians share a common skepticism of the European Union, a desire for national sovereignty, and opposition to immigration.

As Europe shifts, evangelical Christians are also watching—and considering how they should view these upstart conservative movements. Italian Christians welcome the fact that Meloni is conservative on social and ethical issues but worry about her opposition to immigration and her criticism of the EU. She rightly speaks against identity based on sexuality or gender ideology, but her solution—national identity based largely on traditional cultural Catholicism—poses questions for evangelical Christians, who make up only 1 percent of Italians. 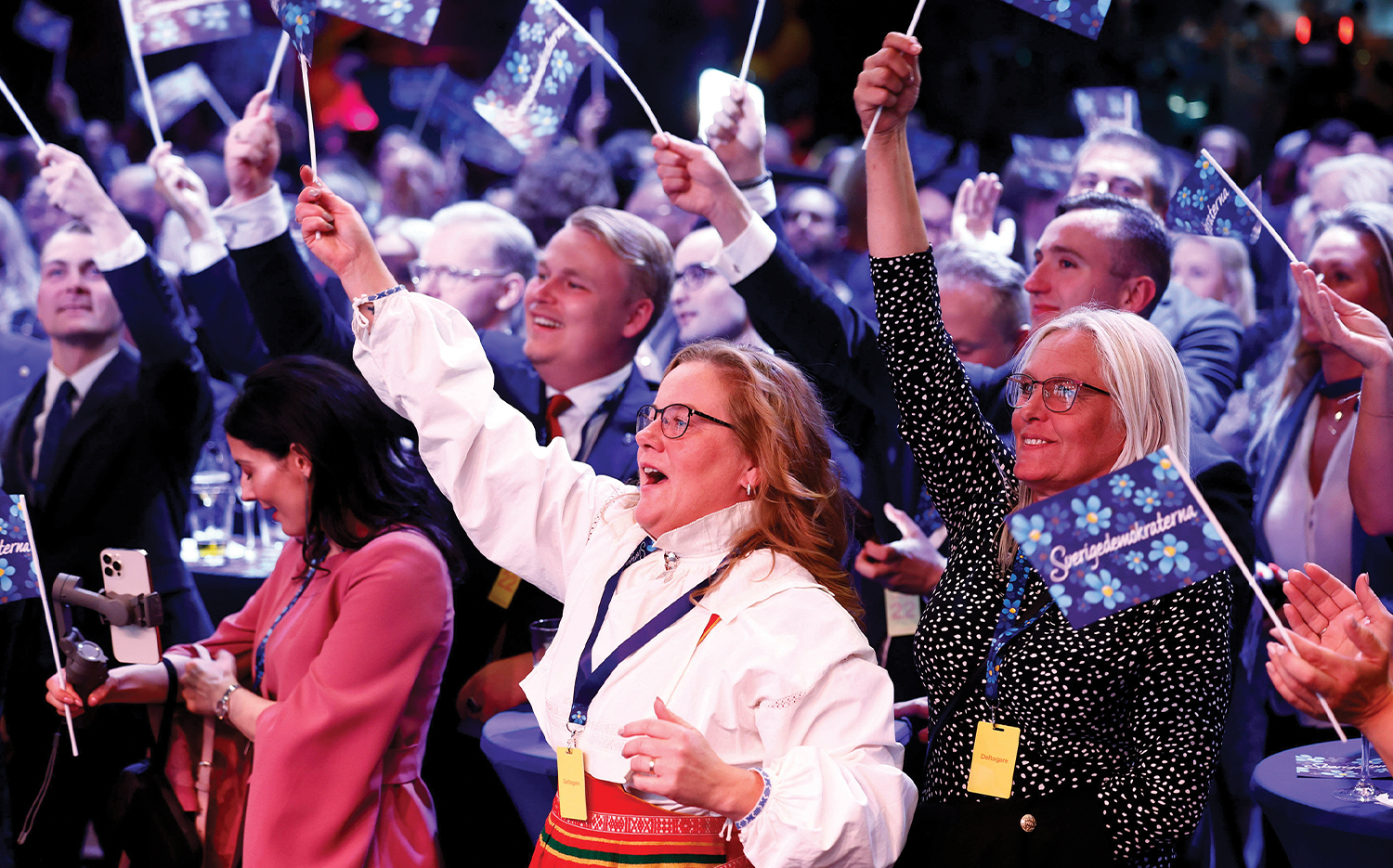 Meloni co-founded the Brothers of Italy in 2012 after involvement in conservative politics from a young age. She maintains a pro-Italy, pro-family platform: She opposes euthanasia and says she wants to limit abortion, although she has no plans to abolish Italy’s abortion law. She says she wants to review Italy’s law allowing gay marriage. Ironically, she is ­unmarried to her partner, Andrea Giambruno, with whom she has a young daughter. “But I don’t expect to be allotted the same privileges that the Government reserves to those who have put that commitment in writing,” she says.

Her opposition to the mass flow of African migrants across the Mediterranean to Italy reflects growing anti-immigrant sentiment in Europe: Meloni has repeatedly called for a Mediterranean naval blockade and wants to bar rescue vessels from Italian ports. She supports NATO and the defense of Ukraine against Russia but has called for an EU that is a looser confederation of sovereign countries.

Brothers of Italy surged in popularity in this year’s election, winning the most seats in a center-right coalition partly in reaction to the unpopular government of Mario Draghi. Similar frustration with the progressive establishment also led to a recent political upset in Sweden. In mid-­September elections, the nationalist Sweden Democrats were the big winners, giving their conservative coalition the right to govern.

Young Swedes who turned out to vote against the long-ruling leftist Social Democrats were key to the win. “There’s a sense that the Swedish social contract of a society built on mutual responsibility has eroded,” said Per Ewert, director of Sweden’s Clapham Institute, a Christian think tank.

Ewert pointed to two conflicting trends at work in Europe: Secular ­individualistic progressivism continues to demand influence in society, while at the same time, reactionary movements are growing against the follies of progressivism. The recent political shift in Sweden, he said, “illustrates the challenges for utopian visions of socialism and liberalism to fulfill its promises. … It may also be an opportunity for the Church to proclaim the gospel as an alternative message to replace the secular individualism that promised to be the liberation people longed for.”

As liberal and nativist views of identity battle for preeminence in Western societies, Ewert reminds believers that in a Biblical worldview, “we find our true identity in loving community with our Maker and with our fellow human beings.”

Back in Italy, evangelical Pastor Leonardo De Chirico, writing for Loci Communes, cautioned against calls for a national identity that uses “Christianity” merely as a cultural label: “A few sharable references to ‘family’ or ‘life’ are not enough to obscure a serious lack of mentions of religious freedom, respect for minorities, or the secularity of the state.”