A Love Supreme: The Platinum Collection

Impulse!’s recently unearthed A Love Supreme: Live in Seattle made its hard-copy debut in August, whereupon it began racking up laudatory reviews. It now makes its digital debut as the third “disc” of this downloadable omnibus, a context in which newcomers to Coltrane’s masterpiece will find it making more sense. By itself, it explodes almost immediately into potentially bewildering free jazz. Following the studio version and the previously released Live In Juan-les-Pins, France, it detonates like the bomb at the end of a long-burning fuse, more than doubling the original’s length with “interludes” that could stand on their own and a first movement that at 21 minutes feels too short.

If you liked last year’s Blues With Friends, on which Dion bolstered his latest recordings with cameos from the likes of Billy Gibbons, Sonny Landreth, Joe Bonamassa, and Mr. and Mrs. Bruce Springsteen, you’ll love this 2021 reprise, on which those same contributors reappear, joined by the likes of Eric Clapton, Mark Knopfler, Peter Frampton, G.E. Smith, Keb’ Mo’, and Boz Scaggs. But the main reasons that this year’s model feels like an upgrade are “The Night Is Young” (sounds like a long-lost FM-radio hit), “There Was a Time,” “Angel in the Alleyways,” and “Hey Diddle Diddle” (an explicit anti-woke anthem). You thought maybe Dion was winding down? Turns out he’s just getting started.

A Song Is Way Above the Lawn

With the conclusion of track 7, “Sister Birds,” Karen Peris’ musical purpose becomes clear: to provide the soundtrack for the next cinematic interpretation of the life of Francis of Assisi. Maybe not all of it—her diaphanous chamber-folk would hardly do for the emotionally charged Francis’-showdown-with-his-rich-merchant-father scene. But nothing would better set the mood during the opening credits or reaffirm the mood at the end than these lyrics, and the lighter-than-air way that Peris sings them, from “Flowers”: “And we will be listeners and we will be peacemakers. / And we will bloom in love from the buildings like flowers. / Yes, we will bloom in love, and love will shine forever.”

Replacing John Lydon, Keith Levene, Richard Dudanski, David Humphrey, and Martin Atkins with the former Siouxsie & the Banshees guitarist Jon Klein, Jah Wobble revisits eight songs from the 1979 Public Image Ltd. album that made him a post-punk bass legend and PiL more than a Sex Pistols footnote. You want “rebuilt”? Wobble and Klein have taken the music apart, cleaned and oiled its components, and put it back together in such a way that there’s no mistaking its throbbing ambience for anything other than the major sonic statement that it was and is. Want more “rebuilt”? The album concludes with renovated versions of the best and the weirdest tracks from PiL circa ’78. 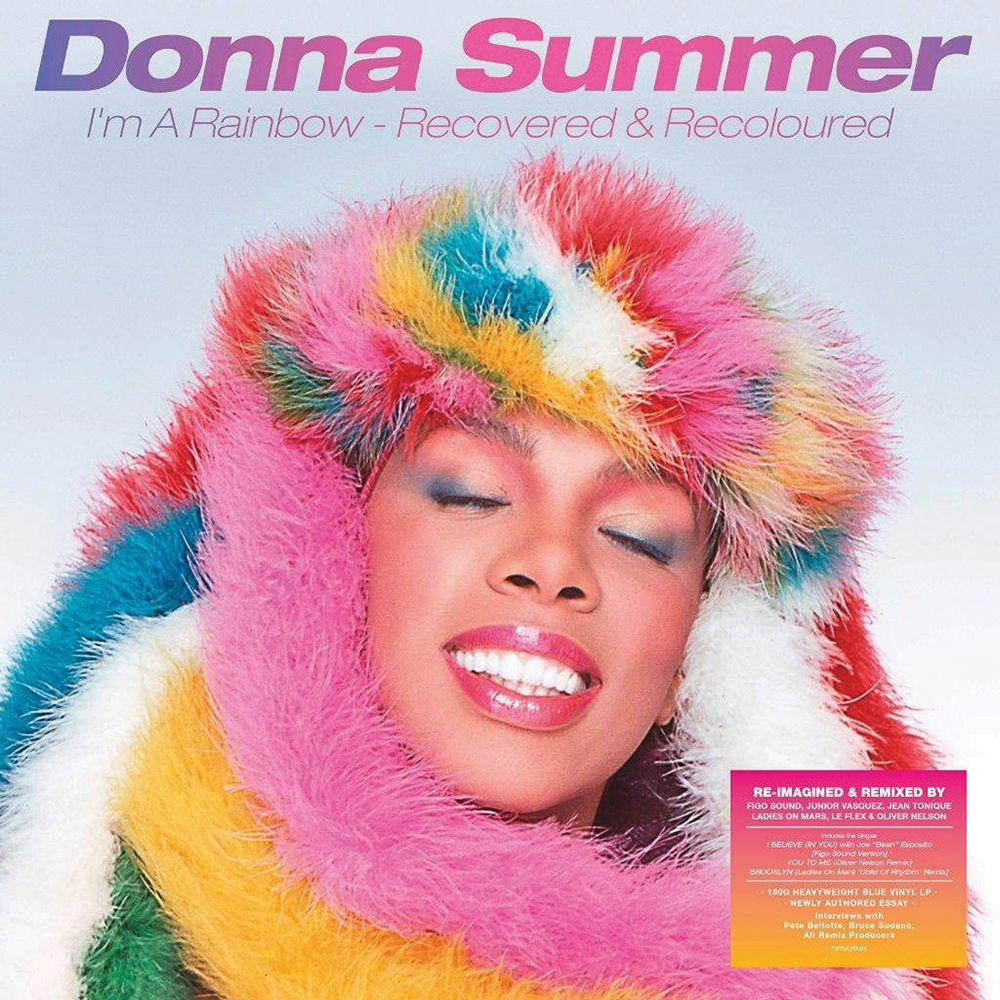 Had the Donna Summer album that has come to be known as I’m a Rainbow been finished and come out when it was supposed to 40 years ago, it would’ve probably gone gold on Summer’s momentum alone. The independent-woman themed “Back Where You Belong,” the happy-nuclear-family-­themed “Brooklyn” (about the arrival of Summer’s ­second daughter), and “Don’t Cry for Me Argentina” might’ve even been hits. But when in 1996 (still semi-­finished) it finally did come out, it sounded dated.

Now, shorn of the filler that initially made it a two-LP project and pumped with juicy contemporary sounds from an array of sympathetic producers, the album has been rereleased by the Driven by the Music label as I’m a Rainbow: Recovered & Recoloured, and it shines more brightly than it could’ve in 1981. It also outshines every other Summer noncompilation. Bad Girls, The Wanderer, and She Works Hard for the Money remain dynamic history. Recovered & Recoloured restores Summer to the present. —A.O.