A tire-maker proposes an airless, biodegradable tire for tomorrow’s cars

At the dawn of the age of driverless vehicles, engineers are rethinking everything. Self-driving cars could allow steering wheels to disappear, seats to face backward, and windows to be replaced by video screens.

Now tire manufacturer Michelin is rethinking the century-old model of pneumatic tires. The company has designed a concept for an airless tire-and-wheel combination composed of an intricate, weblike network 3-D printed from biodegradable materials. Michelin expects the tire, which it calls “Vision,” to be ideal for the driverless cars of the future.

“As vehicles become more automated, the requirements for handling and driving pleasure are greatly diminished,” Terry Gettys, Michelin’s executive vice president for research and development, told tech website The Verge. “There’s going to be a huge shift in customer expectations toward comfort and noise.”

The Vision tire would be embedded with sensors to collect data on the performance of the vehicle. And according to the company, the contact surface of the tire could be adapted to different conditions simply by driving through a Michelin printing station.

By printing the entire tire-and-wheel structure from biosourced and biodegradable materials such as sugar stalks, wood, cloth, cardboard, and even orange zest, Michelin believes the Vision concept is an environmentally friendly one, avoiding the disposal problems of conventional tires.

Although Michelin has printed a full-scale model of its concept tire, it’s unclear whether the company has put it to a road test. And Michelin acknowledges it needs to do further research to overcome the challenges of mass-producing a biosourced tire. Still, it predicts putting the Vision into production by 2023. 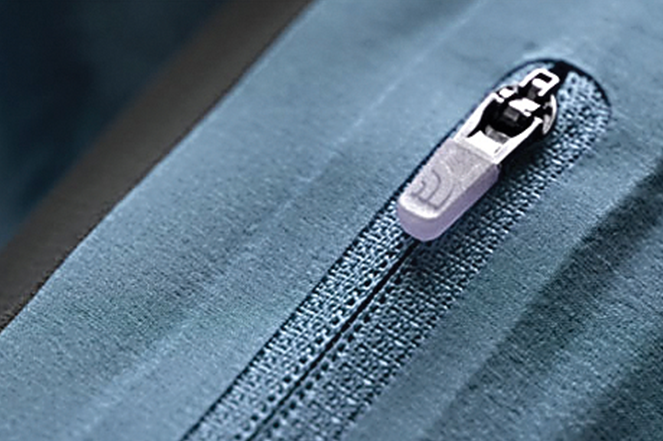 When it comes to garment-making technology, needle and thread may have given way to robotic sewing machines, but basic stitching has always been the accepted method for connecting fabric. Over the last few years, though, major clothing manufacturers have developed a new approach, using glue in their designs rather than thread.

The use of adhesives gives clothes smoother lines, a lighter feel, and a sportier look, clothing designer Christopher Bevans told Fast Company: “Our goal is to push the limits of fashion as it meets technology.”

In the early 2000s, a small, family-owned company called Bemis developed a double-sided adhesive tape that, when heated, created a strong, waterproof bond between fabrics.

“Once we nailed the technology, we discovered that it had many benefits over traditional sewing,” Bemis CEO Steve Howard told the business magazine. “Bonding can withstand stretching better than sewing, it’s waterproof, and it’s lighter, which are all qualities that are valued by activewear brands.”

Dozens of clothing brands including Nike, Adidas, Under Armour, and Patagonia have incorporated the company’s “Sewfree” technology. It’s also used in professional sports uniforms, where the smoother seams and hems reduce chafing and friction.

Once the adhesive is heat-activated, glued clothing can withstand hundreds of cycles of washing and drying, according to Fast Company. —M.C.