The United States saw a record-breaking number of drug overdose deaths during the pandemic, but the answers to the crisis aren’t easy

Esther Nesbitt, who has lost two of her children to drug overdoses, grieves for her daughter in Binghamton, N.Y. Andrew Lichtenstein/Corbis via Getty Images

Dr. Bret Nicks had just gotten off an overnight shift at the Baptist Medical Center emergency department (ER) in Winston-Salem, N.C., where several drug overdose patients came in. That happens every shift, and he sees overdose patients from all walks of life.

He sees not only overdoses where someone is not breathing but also the effects of drug use on the rest of the body: the endocarditis, where the valves of the heart need to be replaced, and the sepsis from infections.

On a recent night the ER received a patient who had stopped breathing and then received the overdose reversal drug Narcan (also called naloxone). As Nicks was monitoring the patient who had just returned from the edge of death, he tried to have a conversation with him about stopping drug use and described what it was doing to his body. But the patient wanted to go as soon as the observation time was up.

Nicks sees this cycle regularly, and worse—patients when they wake up can be aggressive and violent to staff. He said that in his region emergency staff are second only to law enforcement in terms of the violence they encounter in their jobs, and they rarely have recourse because that is seen as “part of the job.”

ER staff are on the front lines of the American drug crisis, which is now at its worst point ever. That prompts Nicks, a member of the Christian Medical & Dental Associations, to ask the bigger question, “What are we going to do as a society? … You resuscitate someone and they continue to use?”

Pandemic-related isolation combined with a surge of cheap and lethal drug availability has led to a record number of drug overdose deaths. More than 100,000 Americans died of overdoses in the 12 months ending in April 2021, according to the most recent estimate from the Centers for Disease Control and Prevention. That’s a nearly 30 percent jump from the previous year and means that more Americans are dying from drug overdoses than guns, car crashes, or the flu. It’s about on par with deaths from diabetes.

“Dealers were not hindered by the shutdown,” said Paul Burke, who leads Brooklyn Teen Challenge, a Christian residential recovery program in New York City that saw overdose deaths in its small community of recovering addicts this past year.

The deaths usually involve a cocktail of drugs, often with the dangerous synthetic opioid fentanyl. Methamphetamine use has also increased dramatically. That type of drug is dangerous itself but more so amid the COVID-19 pandemic because meth use damages the heart and lungs.

Federal officials are also struggling to keep up with the ever-changing drug market. They are now raising the alarm about a legal animal tranquilizer called xylazine that they are finding in more drugs. Xylazine does not respond to the overdose reversal drug naloxone, which has saved countless lives.

“I don’t think we’ve hit our peak yet,” said Nicks about overdose deaths. He cites the downstream effects of the pandemic shutdowns that isolated people in recovery who needed community as well as access to psychiatrists and other treatment. He added that because of the extent of the problem, “whether you realize it or not, you may know someone who has an issue with opioid addiction.” 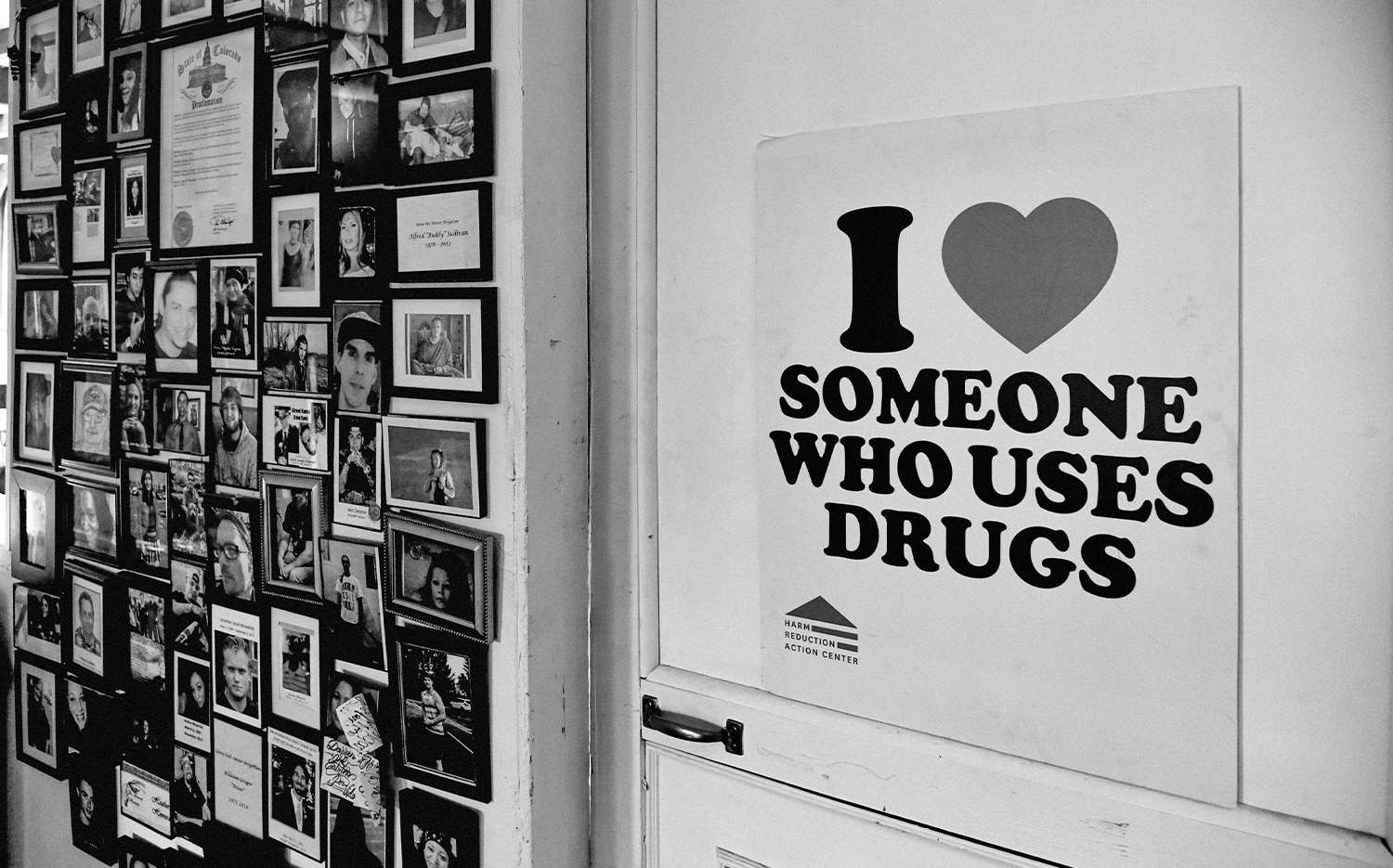 CHRISTIANS WORKING in recovery and doctors on the front lines are tired. Those I interviewed had a lot of theories on the causes of the recent peak, ranging from general isolation, to government unemployment checks keeping people out of recovery, to the dopamine effects of social media raising addictive tendencies, to the overall feeling of societal uncertainty.

“I have hope in Jesus Christ,” said Burke from Brooklyn Teen Challenge. “People that don’t have that, I don’t know how they manage through all of this stuff … the division in our country … it creates a sense of instability. As people we feel that, we feel scared.”

No one could point to one approach or program that can solve addiction. The theme instead from interviews was the need for a strong, basic network of community over a period of years of recovery. And doctors said that should have been a factor in public health decisions during the pandemic.

“People are meant to be in relationship with one another,” Nicks said. “It’s just communities that come alongside each other. … The ones with the best networks in place.”

Governments are trying various experiments that are easier than rebuilding communities. New York City recently opened the first “supervised injection sites” in the United States, two sites where people can use drugs under medical supervision. The city reported that it had reversed 59 overdoses in the first three weeks of the sites’ operation.

The executive director of the sites, Sam Rivera, gave a mysterious blessing on his work: “We are meeting people who use drugs where they are in their life journey to support them in building their self-worth.”

CHRISTIANS DISAGREE about the sites to some extent. Burke at Teen Challenge sees the sites as a “loaded gun”: “It makes things that are evil seem like they are not.” He said the people who set up injection sites “mean well,” but they clearly had no experience with addiction themselves.

“Once you inject … you’re going to battle that the rest of your life,” he said. “Why would you make it easier for the first time?”

Other Christian doctors and paramedics I interviewed were doubtful that new users would go to an injection site. They thought the sites would probably save a few lives, but that they do not solve any of the underlying problems.

“It allows them on Tuesday to not die, when they’re going to die on Thursday,” said Dr. Elliott Tenpenny, a Christian emergency physician in North Carolina who has seen many overdoses. Tenpenny suspects safe injection sites are more of a way for politicians to score points: “It’s easier to say 7,000 people were safely injected, rather than seven people are no longer on opiates.”

Nicks agrees that an injection site “just kicks the can down the road” and added that only a small percentage of people could be within proximity of that specific site. “To operationalize that on a national level—every single community, rural, urban, suburban—is incredibly difficult,” he said.

The No. 1 thing to immediately save lives, Nicks says, would be having naloxone available everywhere for free, so someone could walk up to a pharmacy and ask for naloxone and get it immediately, and to ensure that every police officer and librarian would have doses with them.

Meanwhile, Burke has watched more 30-, 60-, and 90-day recovery programs pop up as more resources and insurance coverage for addiction have become available. He’s glad that there are more recovery resources, but he also said shorter programs covered by insurance are always going to be more appealing to someone struggling with addiction.

Teen Challenge has always emphasized a year-long recovery program. And Burke said the people who do the best often remain in the local Brooklyn Teen Challenge community for three to five years, connected to local churches affiliated with the program. That’s not quick or easy.

Burke said because churches were meeting less frequently during the pandemic, the Brooklyn recovery program had fewer opportunities for outreach, and the number of intake calls dropped dramatically. He thinks the substantial government aid during the pandemic also kept people out of recovery programs and said his beds filled up in August last year when unemployment checks stopped.

“I was an addict for 18 years,” he said. “As long as you have resources, you won’t get help.” He went from filling all 40 of the beds in the men’s program in 2019 to 10 for about a year. Now the program is full again, though it temporarily downsized to an 18-bed facility.

The overdose crisis hit the Brooklyn Teen Challenge community this past year. One graduate who had remained in the area and was part of a local church overdosed and died. Then in December, a graduate who had been four years sober and was on staff as the outreach coordinator also relapsed, overdosed, and died. No staff member had ever before died from an overdose. 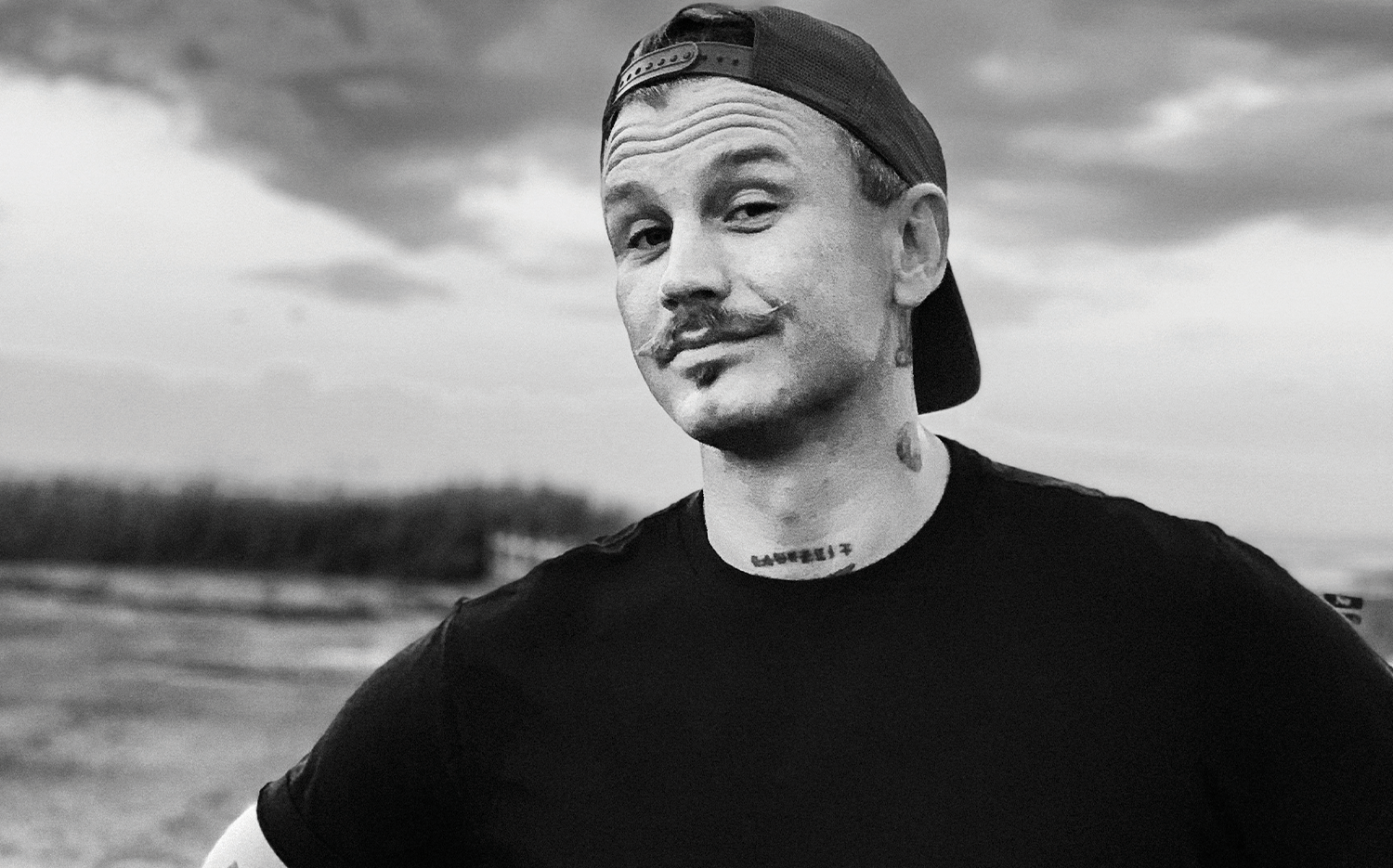 GREG BARNHARDT, 39, graduated from a Teen Challenge program in California and had been on staff in Brooklyn since 2019. He was also on the worship team of a local church, House on the Rock. Burke described him as “one of the most likable people you will ever meet.”

In a testimonial video Barnhardt made for the Christian nonprofit Hope for New York in 2021, he talked about his background growing up in Las Vegas, Nev., with his five siblings and his divorced parents. He described his dad’s substance abuse issues and his and his siblings’ struggles with mental illness.

He started using hard drugs when he was 12 years old: “I felt pain in my heart. When I started using drugs, I just felt this beautiful numbness.” At 18 he joined the Army and thought that might help him avoid drug use. Then his brother overdosed and died: “Something inside of me completely died when that happened. … The only thing that I cared about was doing whatever I had to do to numb that grief.”

He didn’t go back to the military and was hooked on methadone, heroin, and pills for years. Then his sister introduced him to a pastor who told him about a faith-based recovery program called Teen Challenge. He decided to go despite some misgivings, and soon was praying to God, “I need You to be in my life.” He graduated and eventually joined the staff at Brooklyn Teen Challenge.

Burke says relapses don’t come out of nowhere. Barnhardt had grown increasingly isolated from people in Teen Challenge and at the church, he said. Burke also said the pandemic-related shutdowns in New York limited Barnhardt’s work both as outreach coordinator and as a worship leader.

“He was very closed off,” said Burke about their interactions in recent months. “You can’t take at face value what people tell you. They may tell you they are doing good, but they’re not doing good. … His isolation—it wasn’t without us trying.”

The day Barnhardt overdosed, Burke had called him and asked if they could meet up after church the following day. It was a positive conversation. Barnhardt had cheerfully told Burke he was looking forward to it. A few hours later he overdosed.

He was in a coma at the hospital for a week or so, and his family came to New York and stayed in Burke’s guest space. Burke said that gave everyone time to grieve together before Barnhardt finally died.

“Greg’s passing is not good, but God has a way of taking bad things and making good out of it,” said Burke. It reminded the men in the recovery program, many of whom have overdosed before and survived, to stay accountable and close to each other.

Barnhardt said in the video last year: “The peace that I have found in Christ Jesus, the hope, the joy, the purpose, is lasting. There is nothing that is too far gone or too broken that He can’t fix.”

—Emily Belz is a former senior reporter for WORLD