While the world closed for the coronavirus, Universal Pictures announced it would make several movies that had only recently appeared in theaters available for streaming. Two of those films are horror schlock that are the last thing anyone needs in these times of homebound, high anxiety.

Perhaps it’s due to the multitudes Jane Austen’s novels contain, but no other 18th- or 19th-century works have proven more enduringly popular for fresh television or film adaptations. Austen’s works are swooning romances, hilarious satires, and social commentaries all rolled into one. Underneath all that, they’re also moral instruction—but instruction that arises so naturally from the characters she’s so sharply drawn, more than two centuries later we still easily recognize ourselves in their defects and virtues. No Austen heroine has more of those all-too relatable defects and fewer of the virtues than spoiled, selfish Emma.

This latest Emma is, admittedly, less accessible than the 1996 Gwyneth Paltrow film or the 2009 BBC miniseries. It focuses far more on the farce and sometimes foolish pageantry of Emma’s world than on the love triangles and intrigue. Characters’ intentions and interactions are often more subtle. Because of this, it will be harder for younger viewers to fully grasp what’s happening. 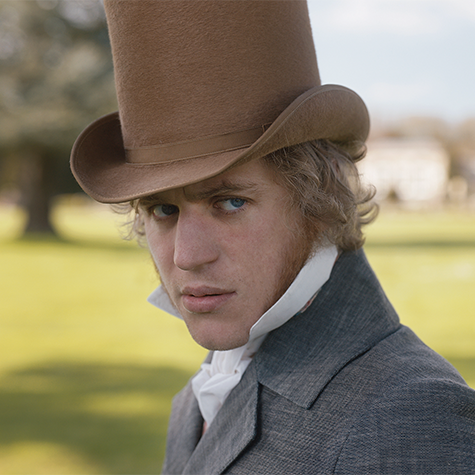 Parents may not want them to anyway, as the PG rating includes two flashes of bare backsides. Both instances occur while servants are helping wealthy characters dress. And they seem to be there to challenge our revisionist imaginations that erase indignities when we picture the past. While that’s a worthwhile point to make, it’s a shame the filmmakers couldn’t have made it some other way.

But for older viewers, and those who know Austen well, actress Anya Taylor-Joy’s haughty demeanor does a better job exposing what really lies beneath the thin layer of altruism Emma shows the world: vanity.

Wealthy, beautiful Emma distributes charity to her poor neighbors and friendship to hapless orphan Harriet because she wants them to admire her. While it’s all sugary pastels and Regency manners on the outside, this is the moral core this adaptation gets at better than the others. Emma is not an essentially lovable character who gives in to her lesser nature because of the influence of the duplicitous Frank Churchill. Her lesser nature was always running the show. Frank Churchill just makes her careless enough to show it.

Of course, Austen isn’t Austen without the love story, and this version does a better job at this element as well. Actor Johnny Flynn, whom audiences know best for his roles in Amazon’s Vanity Fair and PBS’ Les Misérables, gives us a passionate, even tempestuous Knightley.

The wounds of a friend are faithful. And Knightley is Emma’s truest friend when he rebukes her bad behavior. Most versions have thankfully captured this. But in doing so they often lost some of the romance. Flynn offers both, showing us a man capable of leading the woman he loves without parenting her. In a scene that isn’t in the novel but is a lovely touch, Emma humbles herself in a way that shows true repentance for her earlier snobbery.

As Austen shows us, a love story that isn’t built on integrity can never really have a happy ending.