From fan to player

During a Colorado Rockies game on July 15, Nathan Patterson walked into a Coors Field fan challenge and wowed stadium workers with a 96 mph fastball. By Aug. 1, the 23-year-old former high-school baseball player had signed a professional contract with the Oakland A’s. Patterson didn’t play baseball in college, but started pitching in a recreational league about a year ago. Since then, Patterson said he’s been training just to see how fast he can make his fastball. Patterson’s brother videotaped the pitching session at Coors Field, and the video went viral on social media. This brought him to the attention of the A’s front office. In an Instagram post announcing his signing, Patterson quoted A’s executive Billy Beane: “How can you not be romantic about baseball?” 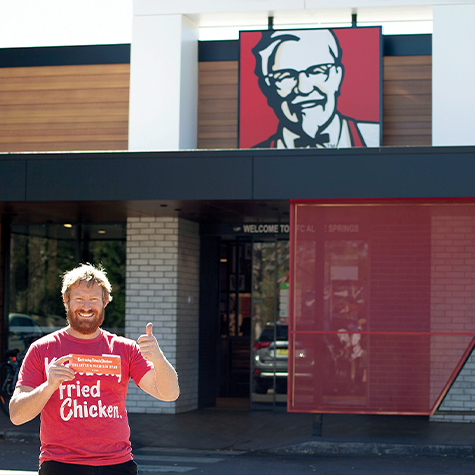 KFC franchise owner Sam Edelman has a dream. The Australian fast-food restaurateur has petitioned the fancy restaurant review Michelin Guide to review his KFC, hoping that he can earn his first Michelin star. “It’s about time it got recognized as not just a fast food place,” Edelman told Metro.co.uk. He notes that one criterion for Michelin stars is that the cooking is worthy of taking a detour. Edelman said he has customers who come to his Alice Springs, Australia, restaurant from more than 600 miles away. “My KFC is the most remote KFC in the world,” he said, “and that’s what sets me apart.” 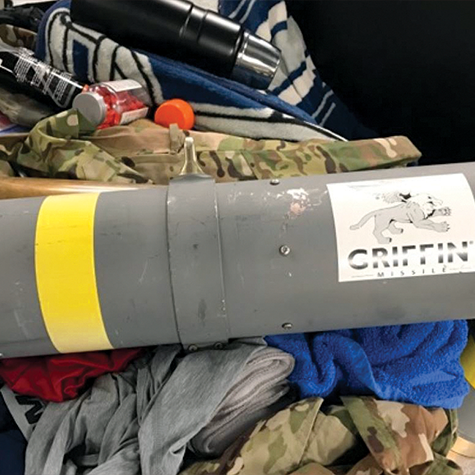 An active duty U.S. military member learned in July that while he might be able to board airplanes first, that doesn’t mean his military status allows him to stow a missile launcher in his checked luggage. Transportation Safety Administration officials at Baltimore/Washington International Airport found the shoulder-mounted missile launcher during a screening of checked baggage. After authorities tracked him down, the weapon’s owner said he found the missile launcher while serving in Kuwait and had hoped to keep it as a souvenir. After confiscating the weapon, authorities allowed the man to fly home to Texas without facing charges. 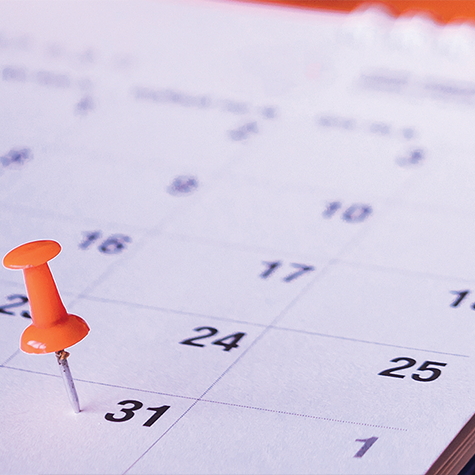 In the future, Halloween may only fall on Oct. 31 if that date is a Saturday. Officials with Snickers are proposing to change the official day of Halloween to the final Saturday of October. The brand’s Twitter account announced the proposal on July 26 and invited Twitter users to sign a Change.org petition. To sweeten the offer, candy-maker Mars said it would give away 1 million free candy bars if the federal government brings about the change despite the fact that Halloween isn’t a national holiday and therefore its date is not set by law. 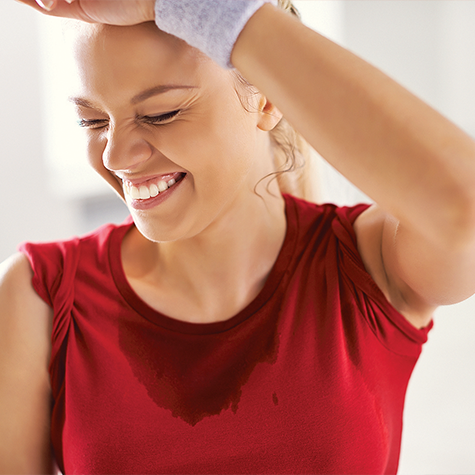 The more you sweat the sweeter you smell. That’s the promise outlined by Portuguese researchers in the journal published by the American Chemical Society. In their July article, engineers from the University of Minho claim to have discovered ways to modify cotton textiles to release a citronella smell when it contacts sweat. As an added bonus, the researchers claim anyone wearing the textiles can ward off mosquitoes by working up a sweat. 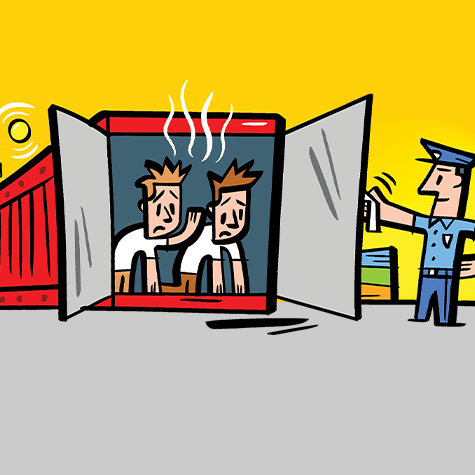 Heat of the moment

Rarely have criminals been so pleased to be found by authorities. The AFP news service reports that two alleged drug smugglers became trapped in a metal shipping container full of cocaine in the port of Antwerp on July 24—the hottest day ever recorded in Belgium. They apparently began to panic and fear suffocation, and they called the police to ask for help. It took officers two hours to find the container, and the pair quickly gave themselves up amid the 104-degree heat. 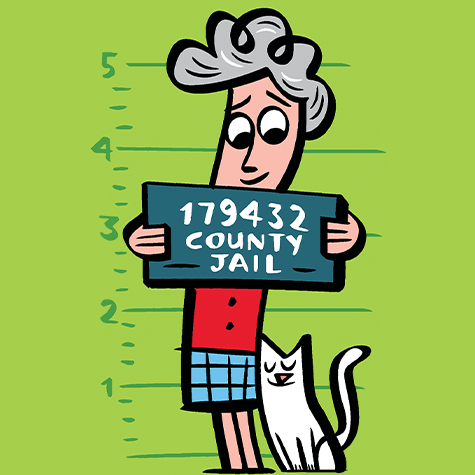 An elderly cat lover in Ohio is facing a 10-day jail sentence after being charged with illegally feeding stray cats. Nancy Segula, 79, doesn’t deny she feeds stray cats that visit her on her back porch. “I used to have a neighbor that had a couple of cats, and he moved away, so he left them,” Segula told WJW. “I would always feed them and care for them because I was worried about them.” But her neighbors didn’t appreciate her kindness and reported her to police near her suburban Cleveland home. Police began issuing Segula citations. Her most recent citation ordered her to appear before a judge who sentenced her to 10 days in the Cuyahoga County Jail beginning Aug. 11. 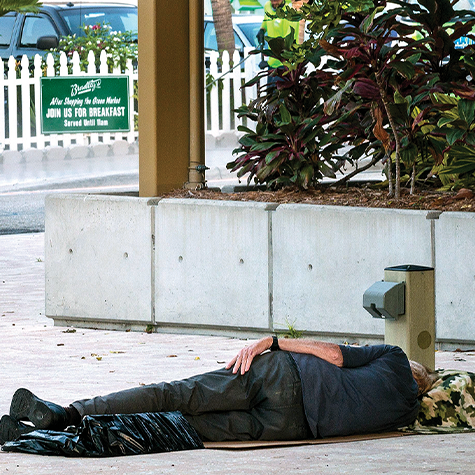 City officials in West Palm Beach, Fla., hope that blaring children’s songs from loudspeakers will help drive out a homeless encampment that has taken over a city park. City parks director Leah Rockwell told The Palm Beach Post that homeless people had begun camping on the patio of a city-owned banquet facility, threatening to diminish the city’s ability to rent the building out for events. A homeless man sleeping on the patio told the newspaper that he’ll continue to camp there, but that the continuous loop of “Baby Shark” and “Raining Tacos” is driving him crazy. 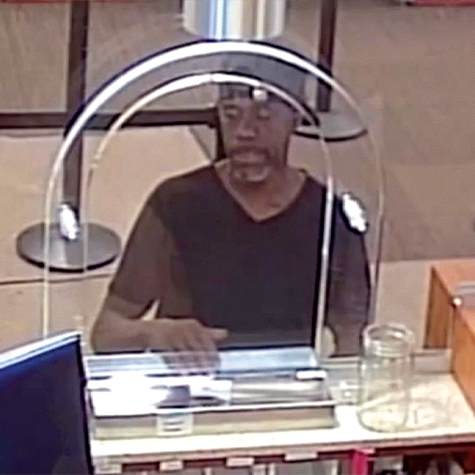 A Cleveland bank robber who passed a note to a teller demanding money July 29 made at least one key mistake. Police say the U.S. Bank teller was stunned that when she flipped over the note she discovered the thief’s name and address written on it. To create the note, the robber apparently recycled a slip of paper he had earlier used at the Ohio Bureau of Motor Vehicles office that included his name and address. According to police, the teller handed him the cash he asked for, thanked him by name, and kept the note. After reviewing security footage and verifying the name and address, police quickly issued an arrest warrant.