Protection from a pandemic

A week after officials from the Centers for Disease Control and Prevention (CDC) called the spread of the coronavirus “inevitable” in the United States, six people in the country have died, all in the Seattle area.

Currently the United States has more than 90 cases of coronavirus infection, about half of them passengers from the Diamond Princess cruise ship. The outbreak started in Wuhan, China, and in the past few weeks has spread quickly in South Korea, Iran, and Italy.

I asked Dr. Gregory Poland, director of Mayo Clinic’s Vaccine Research Group, more about the novel coronavirus that originated in Wuhan, China, and causes the respiratory disease known as COVID-19 and how Americans can keep themselves safe.

Where are we on finding a cure to COVID-19?

Because of previous coronavirus outbreaks—SARS in 2002 and MERS in 2012—scientists have learned a lot about zoonotic diseases, which jump from animals to humans. Poland said scientists started to work on developing treatments for the coronavirus, but as the outbreaks died off, the work halted: “We are behind in this regard … that 18-year time span is just beyond the attention span of the public and funders. I think we’re going to have to take this third chance very seriously.”

Around the world, scientists are racing to create treatments for COVID-19. A leading contender is the drug remdesivir, which scientists have found to block SARS and MERS in mice. Scientists in China and United States have started clinical trials and could determine its effectiveness by April.

But vaccines are still 12-18 months away: Scientists have never developed a vaccine for any type of coronavirus.

Why is the CDC concerned about a coronavirus outbreak in the United States?

Scientists still don’t know whether an outbreak in the United States will occur. But Poland said, “It’s not a good sign that we are starting to see the rapid rise of cases outside of China,” especially as the virus spreads in countries with cultures more similar to the United States in hygiene and eating habits. If it can still spread in those conditions, then the United States should also be concerned about widespread circulation.

How does the virus spread?

Transmission is primarily respiratory: An infected person coughs or sneezes, and another person breathes it in. It can also spread when someone touches a contaminated surface then touches his eyes, nose, or mouth. A third route is fecal-oral, as an infected person’s stool can contaminate hands, food, or water.

What can individuals do to protect themselves from the virus?

First, Poland said, those who have not yet gotten a flu shot should do so immediately. This flu season, 16,000 Americans have already died from the flu, according to the CDC. Getting a flu shot also helps prevent overburdening local medical centers—the symptoms of influenza and the coronavirus are similar. This allows for more hospital beds and resources for those with the coronavirus.

Next, Poland suggests several low-tech approaches to minimize the chances of catching the virus:

Properly wash your hands—lather your hands with soap for at least 20 seconds. If no sinks are nearby, use hand sanitizer. Cough or sneeze into a tissue or your elbow. Practice social distancing—avoid mass gatherings and keep your distance from those who are sick. Avoid touching your face—Poland noted most people touch their faces five to 15 times a minute, often after touching surfaces like doorknobs or escalator rails.

Poland also noted that during an outbreak, it is important to avoid public bathrooms. Most public toilets do not have lids, and because the virus is in infected stool, flushing causes an aerosolized plume of the virus.

Prepare a 30-day supply of food, toiletries, and medicine so that if an outbreak occurs, you wouldn’t have to go out to the store and increase the risk of infection.

“I think masks have their place but they pale in comparison to the importance of respiratory etiquette and hand washing,” Poland said.

Surgical masks have two purposes. They reduce inhalation of large respiratory droplets after an infected person coughs into your face from a close distance (but they don’t stop aerosolized viruses in the air). And they remind you to keep your hands out of your nose and mouth.

N95 masks can filter about 95 percent of aerosolized particles, but they must fit properly to do so. Poland said he can typically wear them for an hour before breathing becomes difficult and the mask gets wet from his breath, rendering it ineffective. 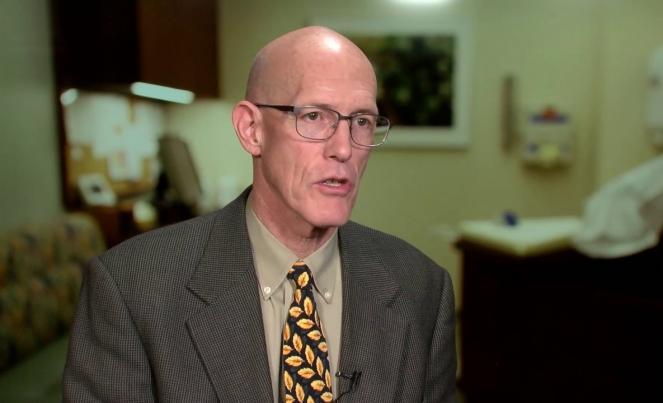 Do closing borders and shutting down cities work in stopping the spread of the virus?

Poland said restricting people's movements, known as cordon sanitaire, has never proven to work. There’s no way to ensure that people will obey. Plus, it increases the level of public panic and makes people want to flee.

He also said closing borders doesn’t prevent the spread of the virus—because borders are still porous—but it can decrease the number of infected people coming into a country. “But all it takes is one infected person going to a mass gathering or an apartment building and you infect everybody there.”

What role should churches play in this outbreak?

“The church has an important role here as it has had in every major pandemic and that is to care for the sick,” Poland said. The most vulnerable are the elderly and those with other medical conditions. Christians should be prepared to care for them, whether that means bringing food to their door or providing comfort: “Somebody’s going to have to take care of them because there aren’t enough healthcare workers and there aren’t enough hospitals. Sometimes [the Christian’s role] may be to be there and help someone die well.”

Thank you for a common sense article with a good list of preventative measures. I am in process of sharing it.  Thank you also for reminding us to be the hands and feet of Jesus to those suffering around us.

In this amazing age of huge advances in medical science, antibiotics and vaccines, as a culture we have gotten pretty lax about basic preventative hygienic practice.  Who washes their hands for 20 seconds?  Constant face touching is epedemic in itself and it amazes me how many people do not cover their mouth or nose when coughing or sneezing and if they do they directly use their hand with no remediation afterward.  I was a microbiology major for my undergrad studies, in the early 80's, and during that time became bit of a germaphobe for life. Alas though most of us have managed ok with youthful healthy immune systems.  We could now use a reset to a bit more intentional caution, while also praying for those in the laboratory and healthcare trenches, as well as those sickened already.  May we find a vaccine and or effective treatment soon.

Everyone is certainly entitled to their opinions, but opinions and facts are not the same thing.  Unfortunately, with all the media we have today, it can be very hard to discern between the two.  However, I think it's important to consider the source on all bits of information.

I have a few comments of my own: First of all, I think it's safe to say that coronavirus and the flu are both viruses and there are similarities between them, but they are NOT the exact same thing. Although they seem to be transmitted in a similar way, they are both very contagious, and they seem to cause similar symptoms they are not caused by the same pathogen. One reason this is important is that we can't know for sure right now exactly how this particular coronavirus behaves (nor do we know how many people are infected).  Another reason is that we don't have a vaccine for it like we do for the flu.  (For a healthy person, there may not be much difference between this coronavirus and the flu; but people who are immune suppressed received much needed protection from the flu through vaccinations they receive AND vaccinations received by poeple around them for protection.)

Second, there is no need to panic about coronavirus, but it DOES need to be taken seriously.  Even if it's "no worse than the flu," the flu kills thousands of people every year.  If we can prevent some deaths by taking reasonable precautions to keep a virus that DOES kill SOME people contained, shouldn't we do it? This isn't the zombie apocalypse, but it's still significant.

This brings me to my third point:  BOTH sides are politicizing this-at the expense of common sense and the good of our country and world.  On the liberal side, I'm seeing overhyping of the dangers and trumpeting of any missteps or perceived missteps that have been made; and, to be fair, I think this is to discredit our current administration and to win the election.  However, on the conservative side, I'm seeing attempts to downplay this as not significant and attempts to act as if ALL the bad news is hype-probably to PROTECT the current administration and win the election.

This is for both sides: Which is more important: spreading the truth and promoting the good of the country and world or winning an election?

I don't believe any of it. It's the flu. The pandemic is the panic. It's designed to take down Trump. The panic is simply that, panic not based in science.

Another good/helpful article from World.  One additional question:  I have heard media reports that everyone will eventually contract the Coronavirus.  If SARS was contained, why can't this virus?  Perhaps I missed this in the article?