Apparently, someone at the Universal Music Group assigned the sequencing of this two-hour, digital-only mash-up of 1988’s The Joy That Floods My Soul and 1990’s Live (minus one track each for some reason) to a computer. How else to explain a randomized track order that reaches peak pointlessness when the introduction of Jimmy McGriff and Carlos Santana at the end of one live cut teases cameos that have already occurred? Nevertheless, if The Joy That Floods My Soul was simply a high-quality pop-gospel product, Live was, and remains, a riveting showcase for a powerhouse voice. Too bad that listeners will have to resequence what they download to experience the originally intended impact.

When investigating this album on Bandcamp (it’s streamable elsewhere, but Bandcamp has detailed notes), be sure to click the links to the lyric videos accompanying its first seven selections (there’s an eighth on Johnson’s Caim Music Videos YouTube playlist). Filmed in Ireland, Scotland, and Italy, they’ll prime you for the instrumental versions of the four selections with which the album peaks. Not that there’s anything wrong with Chvatal’s classical soprano voice or her or Johnson’s delivery of the songs’ Scriptural, liturgical, and/or devotional lyrics. It’s just that the soundscapes generated by Johnson and his accompanists best create the contemplative moods that they’re meant to when totally unencumbered.

At 42, Adam Granduciel finally shows his roots. Even if he quotes from Blood on the Tracks and recalls seeing a Bob Dylan concert only to define a psychic space that he no longer inhabits, knowing that he has been there makes it easy for fence-sitting members of his audience to want to meet his more inchoate lyrics halfway. That his band has discovered its roots too—a ghostly yet propulsive pop aswirl with infectious echoes traceable to early-’80s Fleetwood Mac and maybe even Don Henley’s “The Boys of Summer”—makes it easier yet. “Sometimes forward is the only way back,” Granduciel sings in “Harmonia’s Dream.” And sometimes, says the music, it’s the other way around. 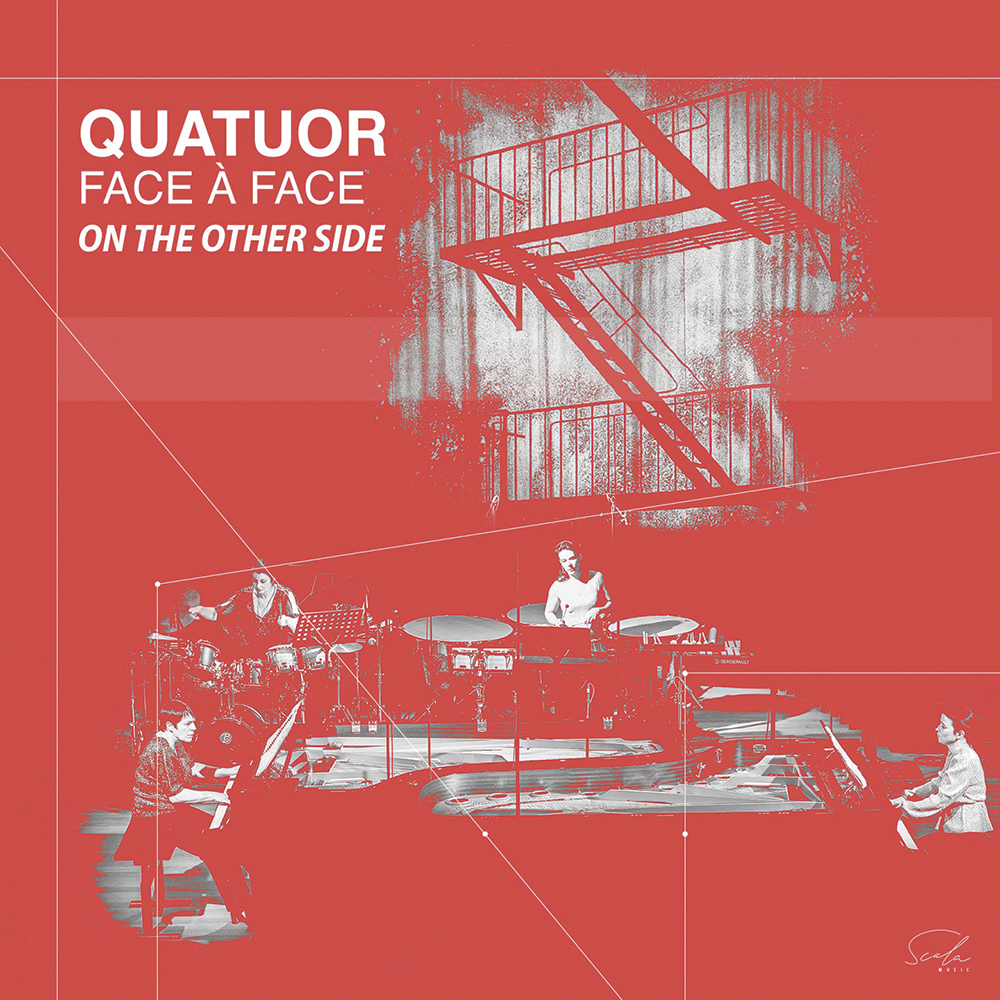 Mara Dobresco, Géraldine Dutroncy, Hélène Colombotti, and Elisa Humanes—the two pianists and the two percussionists who comprise Quatuor Face à Face—have been performing Peter Sadlo’s transcription of extracts from Bernstein’s West Side Story for several years. (You can watch their 2017 performance at Studio 106 of the Maison de la Radio on YouTube.) Now, impeccably timed to coincide with the release of the remade film, their 2020 performance of the suite at La Scala Paris’ Aux Armes, Contemporains! Festival brings their debut album, On the Other Side (Scala), to a climax.

The recording provides multiple pleasures. One is getting to luxuriate in the sheer musicality of Bernstein’s compositions. (No one in the Quatuor sings.) Another is getting to luxuriate in the musicality of the album’s other two pieces (Gershwin’s An American in Paris and Alexandros Markeas’ “Outside Rhythms”). And yet another: being reminded in such an entertaining way of why the piano belongs to the ­percussion family. —A.O.