Popping up, helping out

Julie Rosati (right) makes a delivery to a mom for her birthday. Julie Rosati

Nine thousand six hundred square feet. That’s how big Julie Rosati’s house is in Oneida, a small town in central New York. The three-story red-brick building with tall white columns used to be a nursing home. But since Rosati became the director of the Save the Storks Pro-life Training Center in November 2019, it has served a double purpose: a home for her, her husband Steve, and their three adopted children, and a dormitory for the center’s students. At the beginning of the pandemic this spring, it took on a third role as a storage place for mounds of donated diapers, cribs, and baby clothes.

To fill the gap, Rosati started a local donation and delivery program she called a “pop-up pregnancy center.” She, her family, and about 30 volunteers collected, cleaned, sorted, and delivered donations to needy families in central New York and mentored moms remotely. The program provided women practical and spiritual help but also allowed Rosati to engage her children in serving low-income neighborhoods.

Across the country, pro-life pregnancy centers made up for a dearth of in-person services at the start of the COVID-19 pandemic this year. A pregnancy center in Sacramento, Calif., ran a diaper drive for three weeks that served 1,500 families. Another in Baltimore, Md., ran a curbside pickup operation to distribute diapers, wipes, and formula. Others provided needy families with grocery gift cards. Rosati’s operation met a similar need.

Rosati issued her first call for donations at the end of March. People delivered their carloads to her home. Trash bags full of baby supplies soon leaned up against car seats, strollers, and play sets by the brick wall of the long back porch. Some donations appeared overnight. One local congregation organized a donation drive and gave Rosati one truckload and two vanloads of diapers, wipes, cribs, and strollers. Jasmine, Rose, and John Rosati (now ages 14, 13, and 12) were finishing the school year at home, so they spent their 10 a.m. snack breaks sanitizing the items before bringing them inside. The donations filled six of the building’s 23 bedrooms.

For Rosati’s first delivery, in March, she brought a bassinet to a 14-year-old refugee and sex trafficking victim. The first week of April, she tucked flyers advertising the free baby products into food boxes at a local church’s grocery giveaway. Someone then posted a picture of the flyer to Facebook. “That day, my phone started blowing up,” said Rosati. Pregnant and young mothers called and texted, asking for diapers, wipes, and pregnancy tests. Rosati connected each woman with a mentor who took the order and continued to check back in by phone or text. The mentors prayed for the women, offered advice, and told them about the gospel. 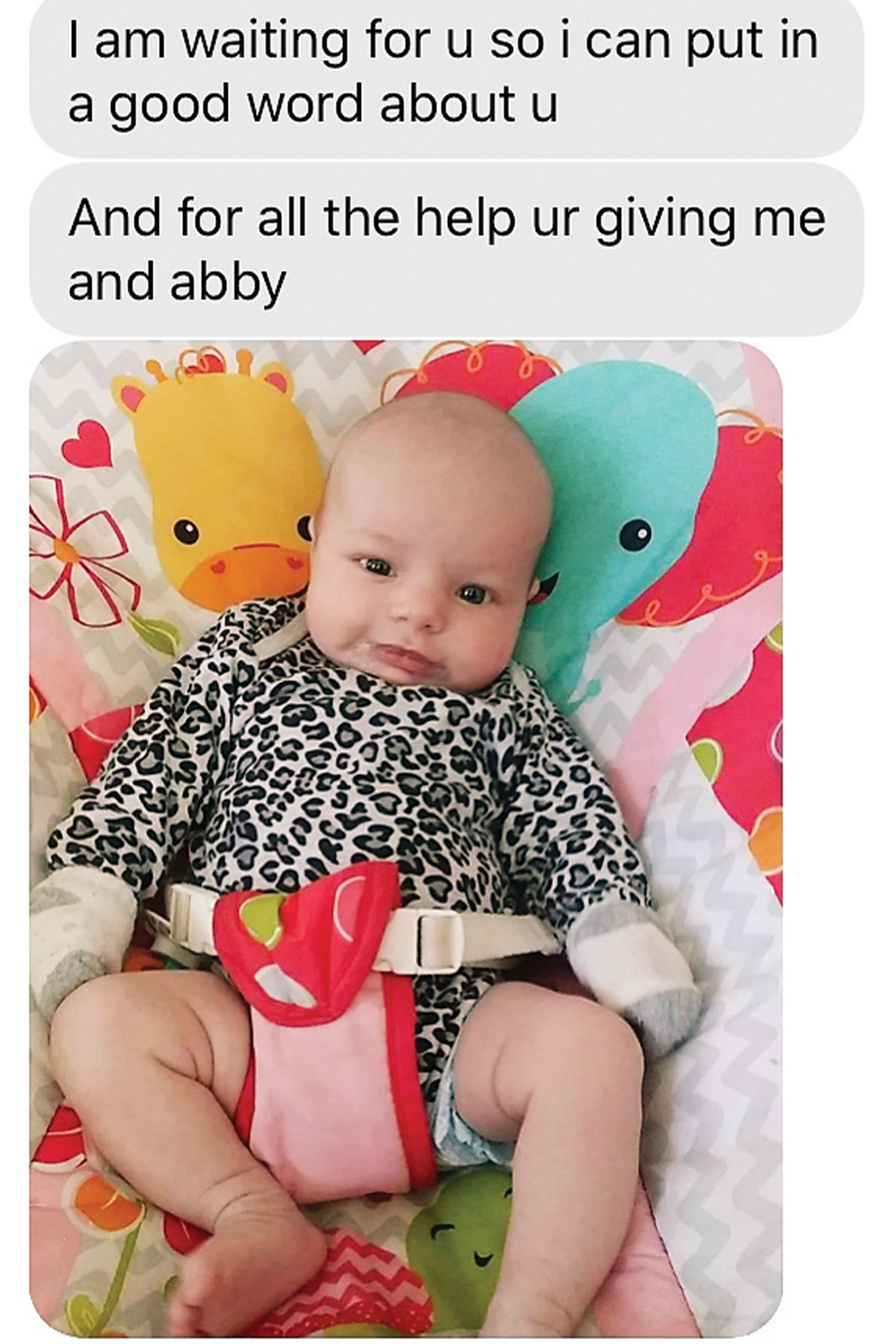 Rosati and her three kids fulfilled the orders. For each one, Jasmine, Rose, and John ran all over the house collecting the right-sized diapers, clothing, and other requested items (“a scavenger hunt,” Rosati said). Then the children helped Rosati make deliveries—up to 20 a day. The lengthy car rides in the family’s gray Ford Transit weren’t glamorous. They drove from home to home in cities as far as Little Falls and Schenectady. The kids took turns jumping out of the car and running the packages to the women’s doors. Sometimes the delivery locations were in neighborhoods with decrepit buildings and abandoned houses marked by boarded-up windows and caution tape. When a spot seemed particularly unsafe, Rosati ran out the delivery herself.

“My kids grew up in these exact neighborhoods that we were dropping off to,” said Rosati. “They’re not fazed by it at all.”

As lockdown restrictions loosened, Rosati was able to interact more with the women and even invite some to church. On a 90-degree July day in Syracuse, Rosati and three training center students met a woman named Maria at a park where, as her kids had warned her, drug addicts often hung out. Maria had a young daughter with her, and they had missed the public transit bus. Rosati offered them a ride home and found out during the drive they needed food. Rosati and two others later returned to deliver a box of meat, yogurt, eggs, and cheese from the food bank and stayed to do a Bible study.

After another meeting, Maria agreed to go to church with Rosati and her family. When Rosati arrived to pick her up, Maria saw Jasmine, Rose, and John in the car and her mouth dropped open. She knew them by name: When they lived with their birth mom, the children had been her neighbors.

As Rosati sees it, that providential connection has helped build trust with Maria. She is more motivated to attend church because she looks forward to seeing the kids every week.

Rosati said she hopes her pop-up pregnancy center will “help people choose life and help people find Christ. … We’re a family that is called to do this.”