The Montreux Years by Marianne Faithfull: Culled from Marianne Faithfull’s appearances at the Montreux Jazz Festival from 1995 to 2009, this compilation should cement her reputation as rock’s archetypal tragic heroine and its rangiest interpretive chanteuse. Among the highlights: Leonard Cohen’s “Tower of Song,” Duke Ellington’s “Solitude” (by way of Billie Holiday), her Angelo Badalamenti-co-written torch song “She,” the Jackie DeShannon-penned “Come and Stay With Me” (revisited for the first time in 34 years). Faithfull inhabits these vignettes with authoritative sensitivity. The lowlights: the scabrous “Why D’Ya Do It?,” in which the lady doth protest too much (and too profanely), and “Song for Nico,” in which she doesn’t protest nearly enough.

Treasure of Love by the Flatlanders: You’ll know that you’ve listened to this album enough when you reach the stage at which you can consistently identify whether it’s Jimmie Dale Gilmore, Joe Ely, or Butch Hancock singing lead. Of course, by the time you master that challenge, you’ll also know that you can’t listen to this album enough. What you’re hearing is part illusion (demos brought to fruition by producer Lloyd Maines’ seamless addition of Austin-style country). None of the dozen covers out-define the originals (fat chance with the likes of George Jones, Bob Dylan, and Johnny Cash for competition). But the playfulness keeps what’s clearly a labor of love from sounding like something requiring a love of labor.

Jump for Joy by Gary Louris: “I am just a simple man in a complicated world,” sings the Jayhawks’ frontman in the seeker’s confession “Living in Between,” right after he sings “Licking wounds that never heal, / losing touch with what I feel.” And if those lyrics sound like something that John Lennon might have dreamed up watching the wheels go ’round, the tune and arrangement are George Harrison at 33⅓. Yet there’s nothing derivative about the mesh, or about the subtle experiments that enliven every song except for the John Updike tribute. A synthesizer here, a bent guitar solo there, hand claps where you’d least expect them, melodies, melodies everywhere—it’s enough to keep you from despairing for the future of folk-rock.

Where’s the Money Honey? by various artists: These Truman-Eisenhower-era blues and jump-blues numbers inhabit the Scriptural terrain between “It is better to dwell in the corner of the housetop than with a brawling woman and in a wide house” and “Ye cannot serve God and mammon.” Not that any of the mostly male performers would’ve described this Compendium of Blues Songs Celebrating Money or the Lack Of! (the subtitle) in terms so pious—keeping the wolf and gold diggers from the door is the axis on which the blues world turns. But listen between the lines and you’ll be hard pressed to reach any other conclusion. And speaking of subtexts, Varetta Dillard’s “Send Me Some Money” might just as well be called “The Prodigal Wife.” 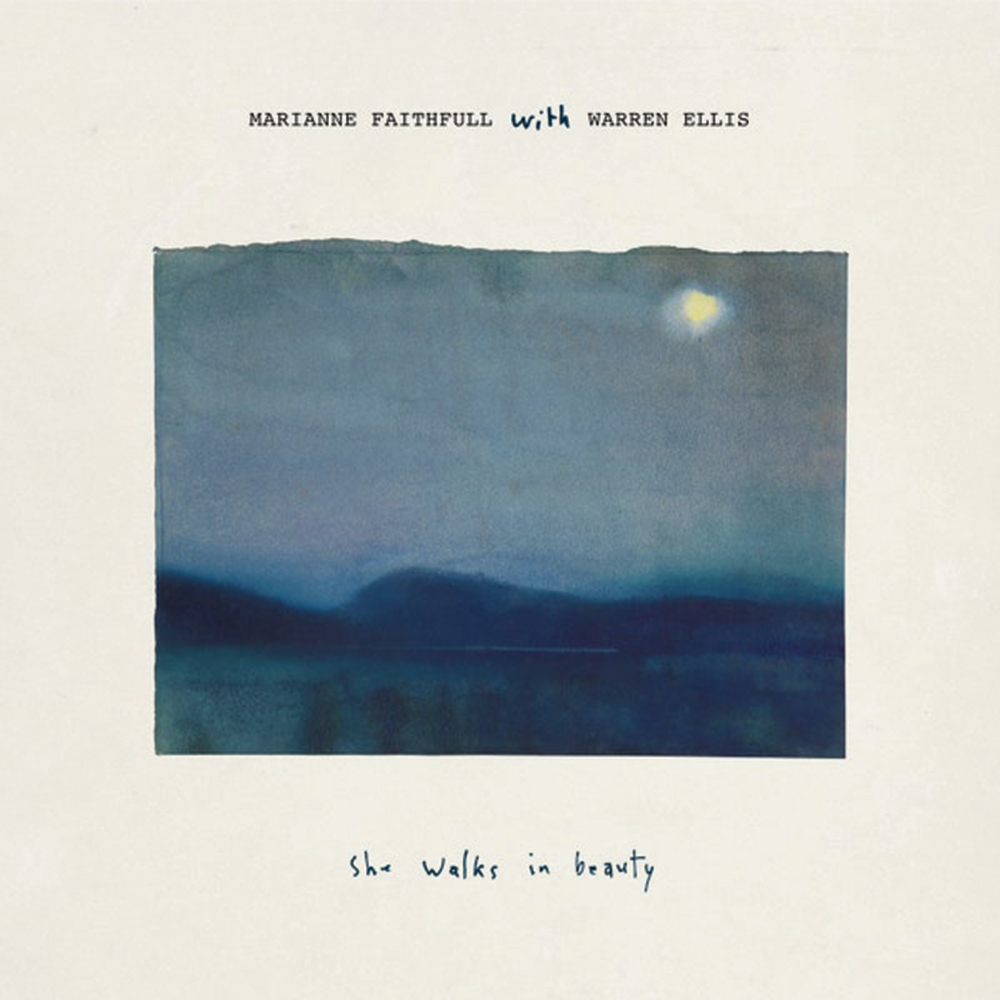 Released last April, the mesmerizing spoken-­word She Walks in Beauty is the culmination of a love for Romantic poetry in its top-billed performer, Marianne Faithfull. Nearly 60 years ago her “great, great English teacher, Mrs. Simpson,” engendered that love. And were Mrs. Simpson still alive, she’d undoubtedly love the way that Faithfull uses what’s left of her septuagenarian voice to bring out the pathos in Shelley’s “Ozymandias,” Hood’s “The Bridge of Sighs,” Tennyson’s “The Lady of Shalott” (the sole Victorian entry), and other classics worn smooth by over-anthologization.

Mrs. Simpson would also love the music supplied by second-billed performer, the multi-instrumentalist Warren Ellis, atop which Faithfull recites. Unobtrusively simple yet eerily appropriate, it consummates the marriage of sense and sensibility. If Faithfull never makes another record again, it’s She Walks in Beauty, and not the just-released The Montreux Years, that her fans should treasure as her swan song. —A.O.