Relatives carry an oxygen cylinder for a COVID-19 patient who is waiting in an ambulance outside a hospital in Jammu, India, on Friday. AP Photo/Channi Anand

Sara has been spending her mornings doing phone check-ins with church members sick with COVID-19. The pastor’s wife in Haryana state, India, is helping coordinate care for sick members of her church, a Protestant congregation just southwest of New Delhi. On a recent day, she learned the condition of Vishal Das, a 40-year-old, had worsened, so she hurried a task force of deacons and church members to work.

It took 2½ days to find a hospital that agreed to take in Das in Ghaziabad, a nearly two-hour drive from their city of Gurugram.

Eight hours later, the hospital called and said they had no oxygen left for their patients. The hospital gave the church team two options: Find oxygen or take Das home.

That started Sara’s team on a mad hunt for oxygen—a hunt that’s happening over and over across India. “We were begging online, we were calling people,” said Sara, whose name WORLD has changed to protect her from government reprisals for speaking out. “This whole situation has been unlike anything I’ve ever experienced in my life.”

The church team found half a cylinder of oxygen, giving Das four more hours of air while the hospital refilled its supply. Sara said her church has had six people in critical condition in the past week.

On Friday, India reported more than 400,000 new daily coronavirus infections for the third time in a week. The grim record has brought the country to more than 21 million cases and more than 230,000 deaths, but health workers say those figures are likely an undercount. The lack of coordinated medical response amid the crisis leaves individuals and private groups scrambling to get much-needed oxygen and medical supplies, often at exorbitant prices from the black market. While other countries help provide supplies, questions are rising about the Indian government’s handling of the situation.

Das’ situation illustrates the crisis Indians now face. The hospital in Ghaziabad had no ventilators or medication and only sustained Das with oxygen. By Sunday, his condition had deteriorated, and the hospital told Sara’s team to find a hospital with an intensive care unit, triggering another search.

At 3 a.m., they heard a spot had opened at a hospital back in Gurugram, but they couldn’t get there in time to claim it.

“They told us to bring him by ambulance, sit outside the hospital, and wait for a bed to open up,” Sara said. “But he was so critical that that wasn’t possible.”

The church team begged a senior government official for help before a hospital reserved a spot for the sick man. He was admitted on Tuesday night. Das is now on a ventilator, but the lack of care and turning off his oxygen at intervals had an impact: He now has atypical pneumonia, with 90 percent of his lungs affected. 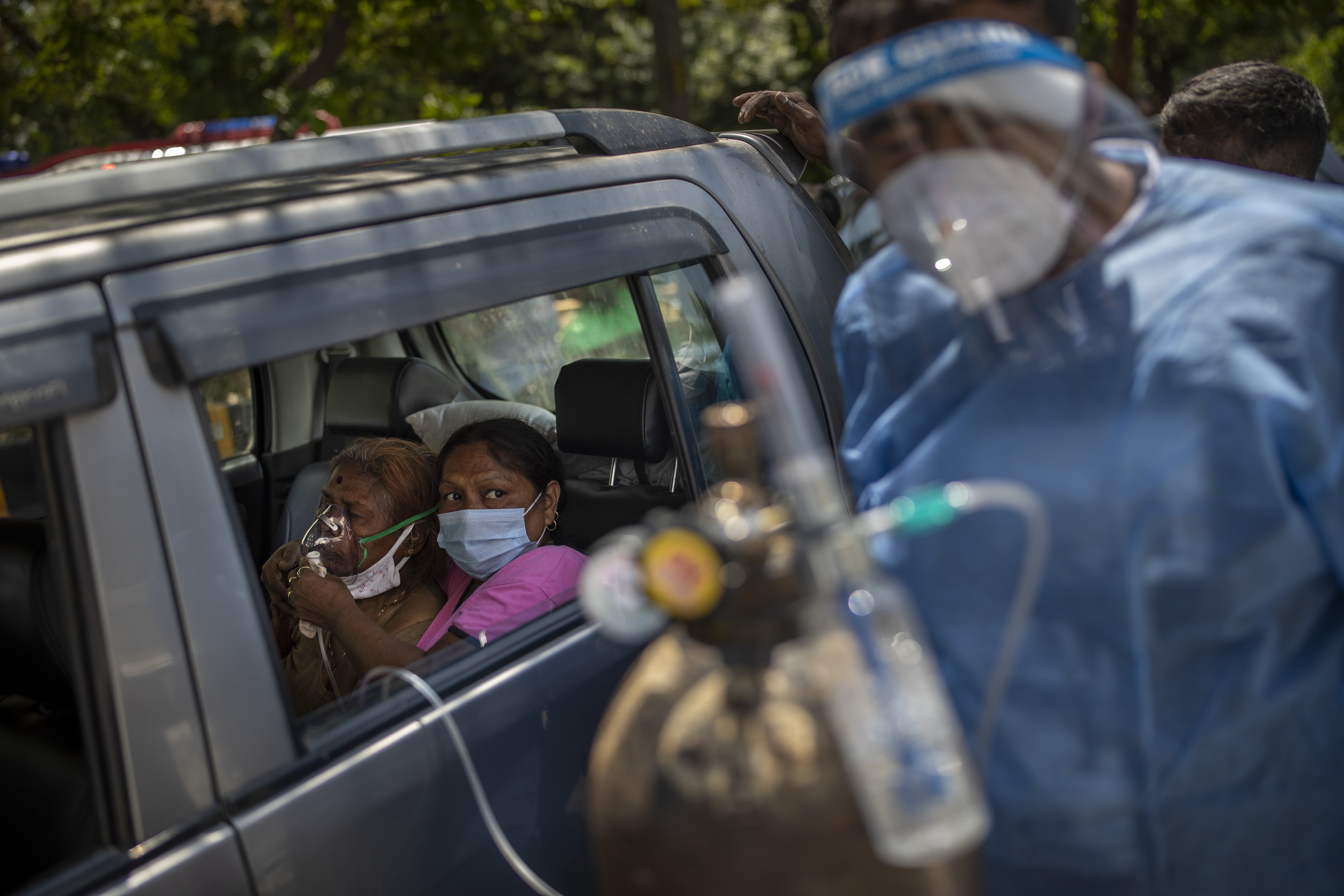 A patient receives oxygen inside a car in New Delhi, India, on April 24. AP Photo/Altaf Qadri

On April 17—weeks before major local elections—Indian Prime Minister Narendra Modi welcomed supporters of his Hindu nationalist party at an overcrowded campaign rally in West Bengal state. “I have never seen such a huge crowd before!” he told supporters.

In January, Modi had hailed the country’s victory over the virus. But World Health Organization spokesman Tarik Jašarević said the deadly second wave has followed a “perfect storm” of mass gatherings, low vaccination rates, and a new virus variant.

It has triggered a medical emergency in India. On the black market, scarce medications like remdesivir have spiked to five times the usual price. Burial costs have doubled.

Families and communities are also coordinating their own medical support. The task force at Sara’s church set up a system with some people supplying food to the sick, others chasing down leads on oxygen, and others hunting for medications.

In one instance, Sara said, the team members spent 32 hours in line waiting for a refill for their oxygen cylinder. They later shared it with two families.

In the capital city of New Delhi, Varaprasad Dolla spent the past two weeks at home under a statewide lockdown. The national government has left it to India’s states to decide on lockdown rules, based on local conditions.

Dolla, a professor of Chinese studies at Jawaharlal Nehru University in New Delhi, wrapped up the semester online. He and his colleagues use WhatsApp groups to communicate with students who need more than academic help. They have arranged counseling sessions for students who lost their parents and organized food deliveries to students infected with the coronavirus.

Last month, some students supported a classmate who had tested positive and lost a family member to the virus. “The students went and completed the cremation ritual,” Dolla said.

He and a group of about 100 professors raised funds to buy and deliver oxygen concentrators, which can supply oxygen continually. During the pandemic’s first wave last year, he partnered with other colleagues to supply food to more than 50 people in rural communities for nearly eight months.

Frustration with the government’s handling of the virus is growing. “I think it’s a wake-up call for the government to increase the budget for medical services across the country, so whenever we have a pandemic like this, we’re able to deal with it and minimize deaths,” Dolla said.

Authorities faced further backlash for cracking down on online crowdfunding. In northern Uttar Pradesh state, police filed a criminal case against a man who appealed for oxygen for his grandfather on Twitter, accusing him of “circulating a rumor with the intent to cause fear.” In the state’s Jaunpur city, police announced legal action against a volunteer who provided free oxygen cylinders for patients outside a hospital for violating COVID-19 safety procedures.

The Supreme Court of India warned that clamping down on information is the “worst way of dealing with a crisis.” The top court on Wednesday gave the government 24 hours to submit a plan for providing more oxygen.

India, a major global supplier of vaccines, stopped exporting vaccines in March in order to meet its own needs. Still, a shortage of doses has stalled vaccination efforts. The country of nearly 1.4 billion people has administered about 165 million doses. 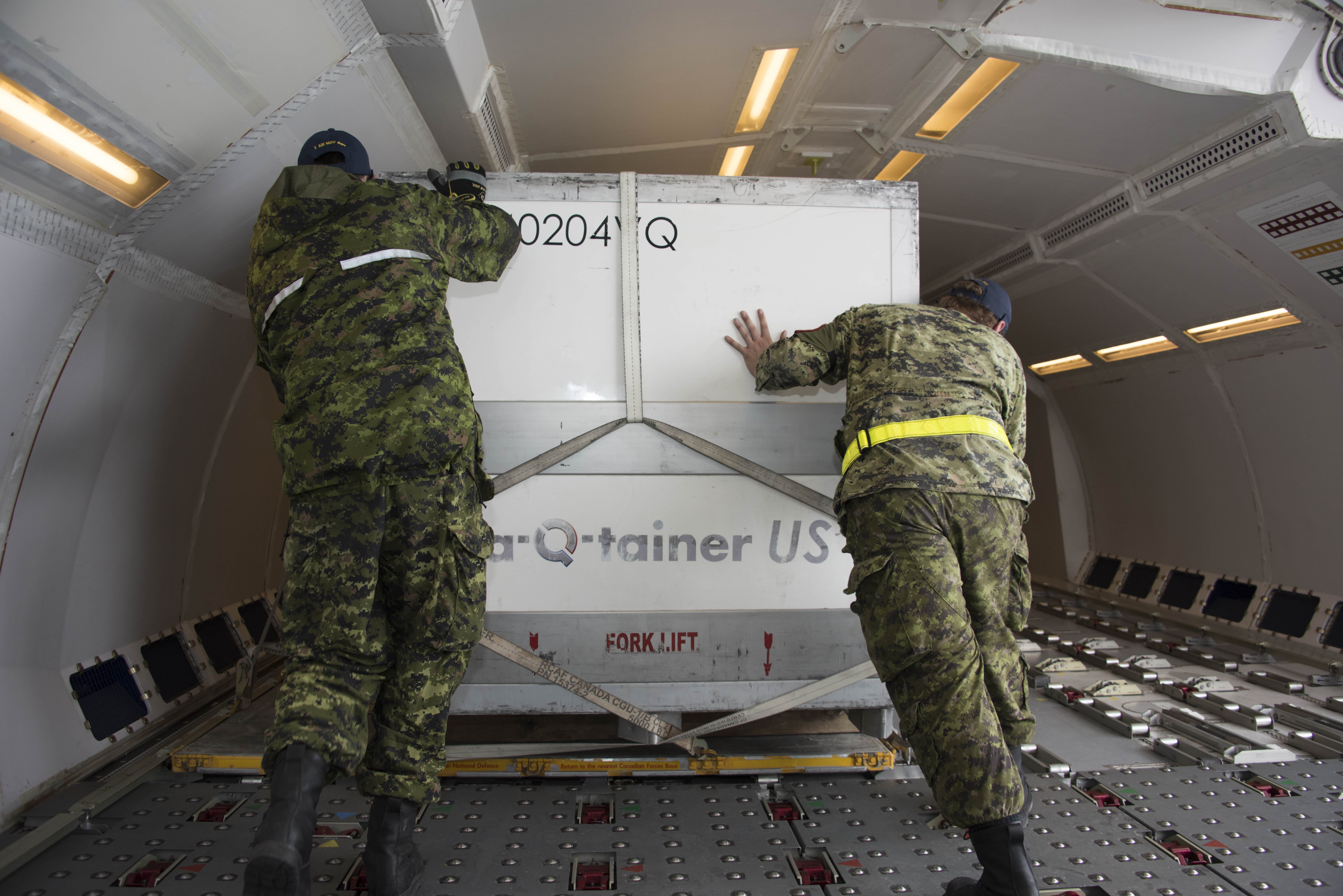 Indians living abroad have also jumped in to help. Three Hindu temples in Britain hosted a stationary bike event that raised more than $830,000 for COVID-19 relief in India. Sunil Tolani, CEO of a hotel and real estate company in California, donated $300,000.

After the first wave of the pandemic, Jones said his team launched several aid programs, including agricultural support for farmers, soft loans, and restocking of business items.

Jones predicts similar needs will arise after the current wave, especially in rural communities where many migrant laborers, now out of work, have returned home: “Once they go back, there is not much for them in terms of livelihood.”

Back in Gurugram, Sara recounts more horror stories: Six hours after Das’ admission into an ICU, his father, also sick at home with COVID-19, took a turn for the worse. The response team hurriedly drove him to four different hospitals seeking care.

His oxygen ran out at the fourth hospital. “The people from our team who had taken him said they got on their knees and begged, but the hospital said no. He died in the car,” Sara said, crying.

Her husband returned Wednesday from burying the man in a cemetery for COVID-19 patients in West Delhi. He spent about an hour in a line that he described as a sort of “drive-thru” for people waiting to bury someone. When his turn came, he only had five minutes to say a prayer. Sara said the cemetery workers told them they bury people from 5 a.m. until 2 a.m. the following day. 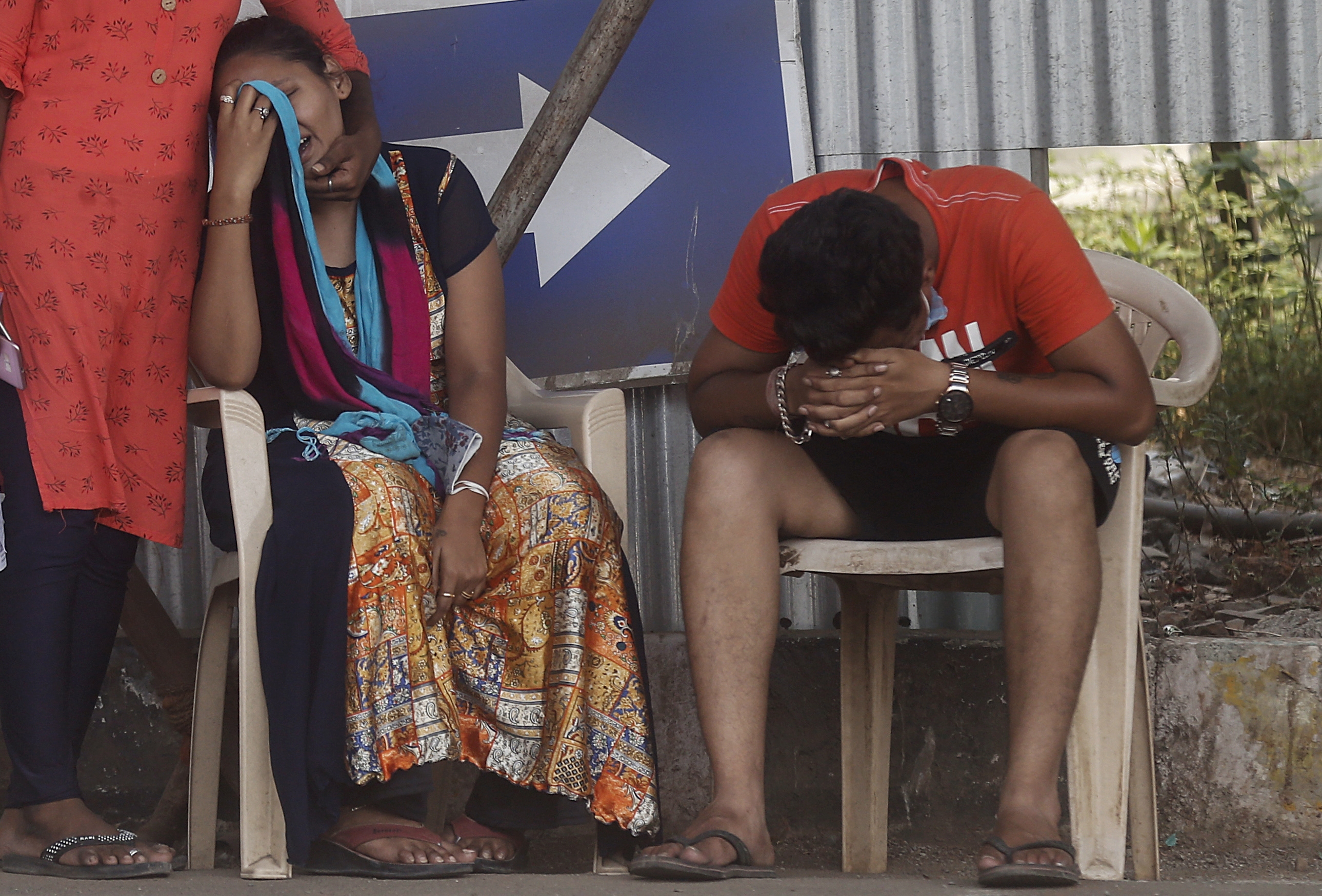 Relatives of a person who died of COVID-19 mourn outside a field hospital in Mumbai, India, on May 3. AP Photo/Rafiq Maqbool 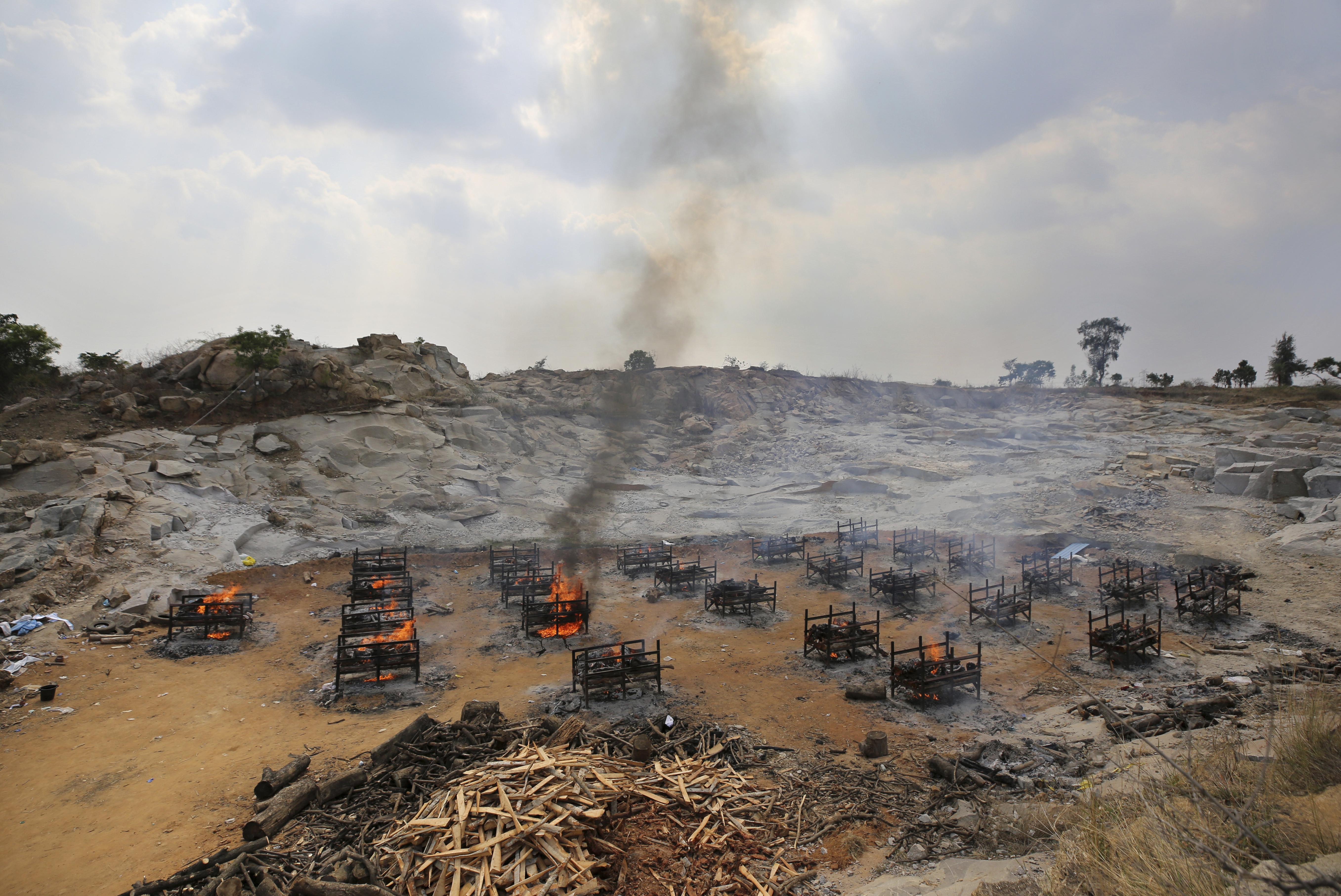 Funeral pyres of 25 COVID-19 victims burn at an open crematorium set up at a granite quarry on the outskirts of Bengaluru, India, on Wednesday. AP Photo/Aijaz Rahi 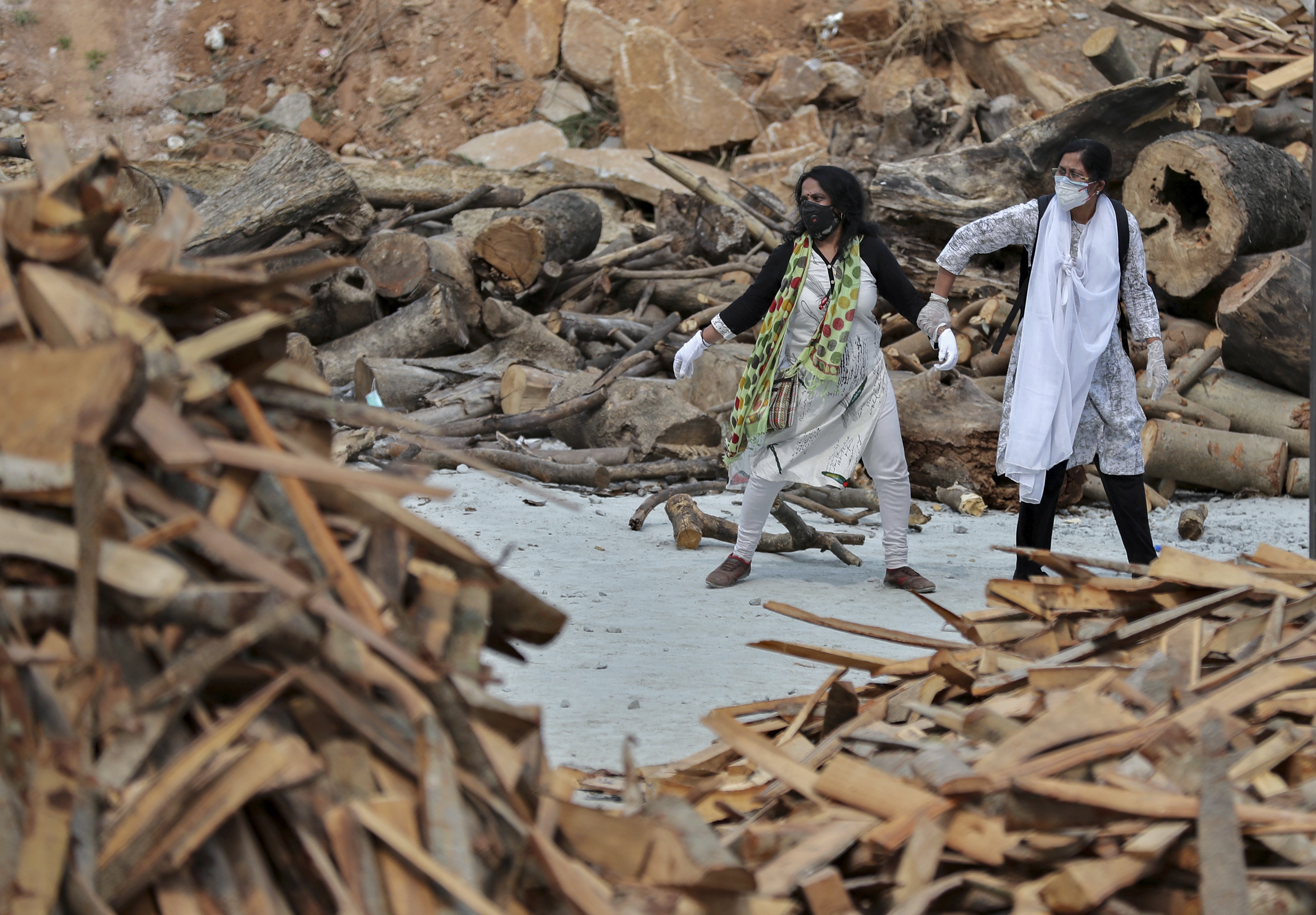 In Bengaluru, India, on Wednesday, a woman pulls away her crying relative as she reacts to the burning funeral pyre of a family member who died of COVID-19. AP Photo/Aijaz Rahi 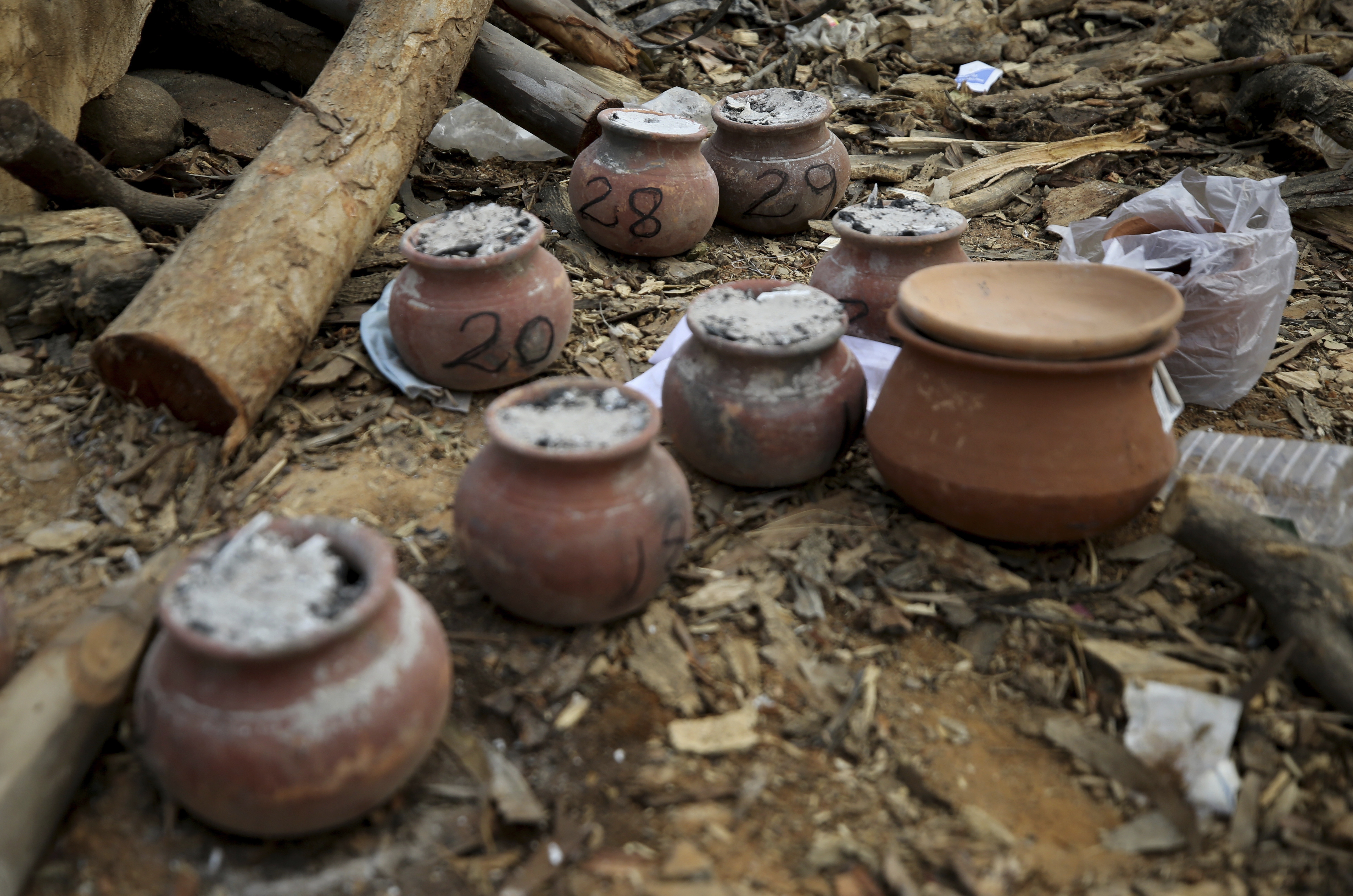 Marked with numbers, urns carry ashes from the remains of COVID-19 victims at an open crematorium on the outskirts of Bengaluru, India, on Wednesday. AP Photo/Aijaz Rahi 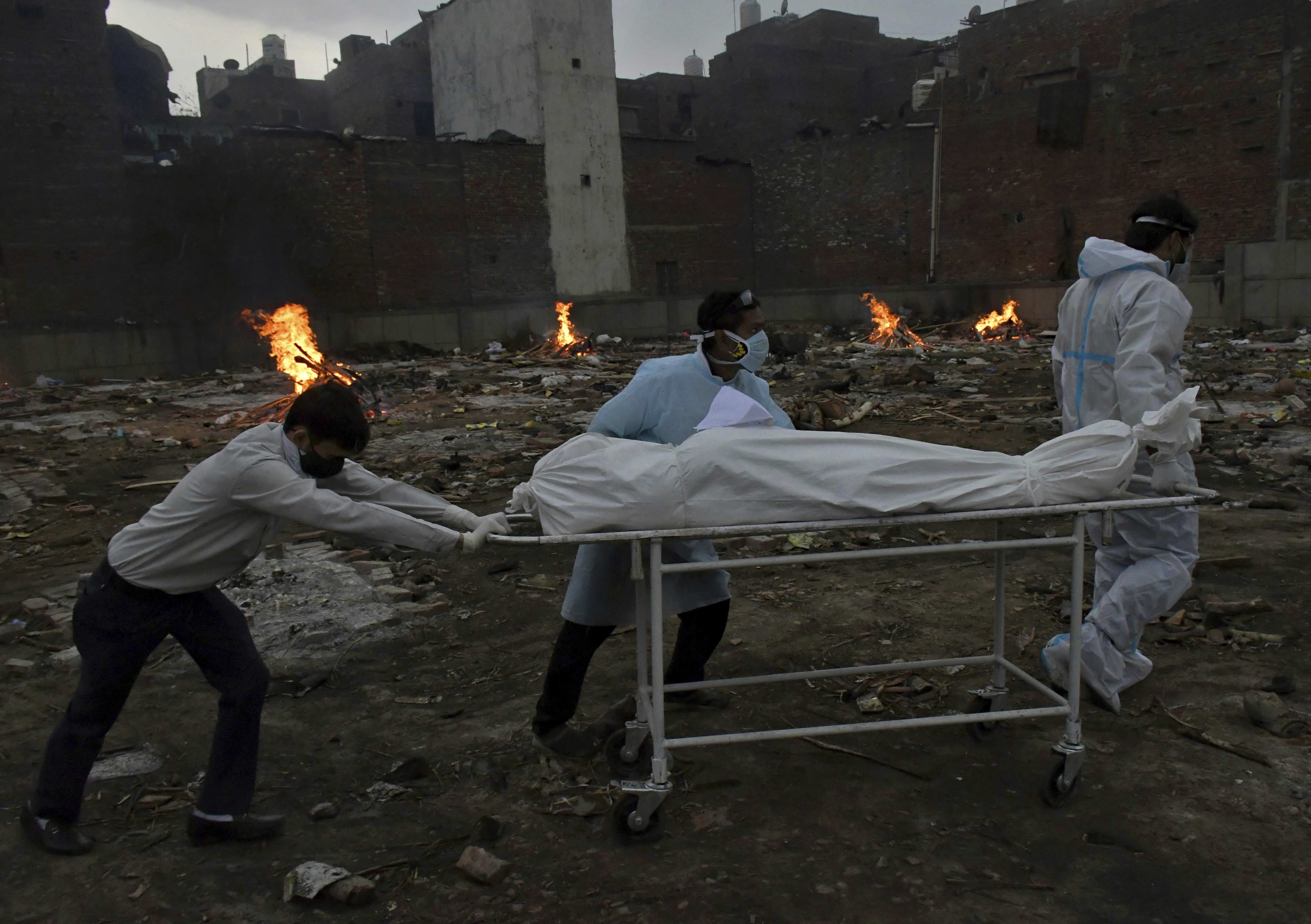 People wheel body of a COVID-19 victim in for cremation in a ground converted into a crematorium in New Delhi, India, on Wednesday. AP Photo/Ishant Chauhan

Doctors and nurses also field calls from desperate people seeking available hospitals. A church member who is a doctor told Sara she hadn’t slept in about four days.

“You feel so sorry for calling them, but you’re just so desperate,” she said.

Her own phone rings repeatedly. She read one text from a church member: “I don’t know how to deal with all of this. I just feel so anxious and I can’t handle it anymore.”

With her work coordinating help, Sara hasn’t had time to process her own grief. She and her husband video call church members to pray with them and talk. They are also discussing ways to organize counseling.

Meanwhile, ambulance sirens blare outside, and she continues to call family members of the sick: “We’re just trying to survive and fight.”