Echo Mountain by Lauren Wolk: With the onset of the Great Depression, Ellie’s family loses everything and has to start anew in the rugged Maine wilderness. Ellie learns from the land, gathering honey and discovering carved wooden trinkets from a mysterious observer. Then Ellie’s family faces a crisis after an injury leaves her father lying comatose in the cabin they’d built. But Ellie determines to revive her father, and in the process she encounters a hermit woman who teaches her not only how to depend on the land, but also about the fragility and sacredness of family bonds. (Ages 10-12)

The Science of Breakable Things by Tae Keller: Natalie Napoli longs for the days when her botanist mother had vibrancy, creativity, and wonder coming from her fingertips. But Natalie’s mother has fallen into depression, rarely leaving her bed. An enthusiastic science teacher urges the seventh grader to enter an egg-drop contest with a $500 cash prize. Natalie hopes to fund a trip that will reawaken her mom’s erstwhile joie de vivre. Ultimately, Natalie learns the solution she seeks lies not in unbroken eggs, or even a “magic” blue orchid, but in authenticity and honesty between children and parents. (Ages 8-12)

Lucky Broken Girl by Ruth Behar: In 1960s Queens, N.Y., little Ruthie Mizrahi has a new pair of white go-go boots that lend a hefty dose of style to her hopscotch exploits. But she and her family of recent Cuban Jewish immigrants face challenges. Ruthie’s mother can’t speak English, work stressors shorten her father’s temper, and Ruthie—a bright young girl learning a new language—is in the “dumb” class at school. Then a car accident leaves Ruthie bedridden for a year. Behar delivers an autobiographical tale of endurance, healing, and how brokenness can reveal beauty within. (Ages 10-12)

Just Under the Clouds by Melissa Sarno: Cora just wants to belong. Her father died two years ago, and her mother now works long hours to provide for Cora and her younger sister, who has special needs. They move from shelter, to temporary housing, to another shelter, never staying long enough for Cora’s horticulture projects to take root. A burgeoning friendship, a subway pass, and the discovery of a new tree to climb give Cora hope. Ultimately, Cora finds that while the walls around her may change, the love of family—and friends who are like family—create a soft place to land. (Ages 8-12) 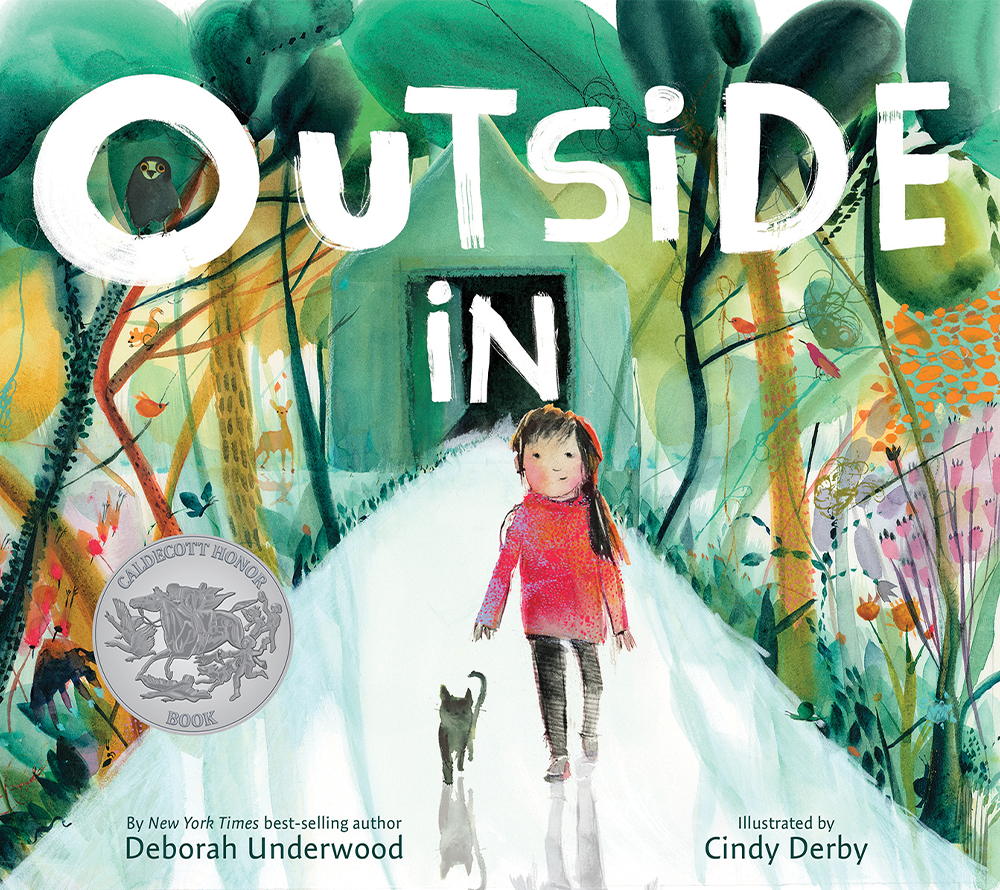 A year of pandemic disruption has led many to a renewed appreciation for nature. Outside In (HMH Books for Young Readers, 2020) by Deborah Underwood reminds us that venturing out of doors benefits both body and mind. Illustrator Cindy Derby ­renders expressive ink-and-­watercolor depictions for this ode to the outdoors.

Vanessa Roeder’s The Box Turtle (Dial, 2020) affirms individuals’ uniqueness through the story of Terrance, a turtle born without a shell. His parents provide him a cardboard box instead, but teasing from other turtles leads him to look for a replacement. Christian parents can use Terrance’s story to illustrate the truth of Psalm 139:14: We are fearfully and wonderfully made.

For other young book lovers, If I Never Forever Endeavor by Holly Meade (Candlewick, 2011) and Bad Bye, Good Bye by Deborah Underwood (HMH Books for Young Readers, 2014) offer the perennial lesson that when attempting something new, rewards often lie just beyond fear. —K.G.