Overcoming odds in an Olympic pool

At the Nevada swim club finals in 2011, 14-year-old Bowe Becker stepped onto the starting block, waiting for his 50-meter freestyle race to begin. The competitor next to him looked over and said, “I don’t know why you’re even here. I’ve got this race.” Becker calmly replied, “Well, we’ll see.” Becker won the race—and every year thereafter that he swam it.

Now at age 24, he has won a gold medal swimming at the Tokyo Olympics.

But Becker’s course to Tokyo was anything but straight. He deals daily with physical limitations he only recently began talking about publicly.

After surgery for tearing a knee meniscus playing lacrosse when he was 11, Becker learned he had spondylitis, a degenerative disease that particularly affects his knees. He had to give up high impact sports, but doctors told him he could swim.

He initially hated swimming. But eventually, he embraced it despite the medical treatments necessary to keep him moving.

His knees swell—often so badly he can’t bend them—so doctors must drain fluid. Every six weeks he gets drug infusions to reduce flare-ups. His rheumatologist must change his medications often because their effectiveness decreases over time. The current one can provoke headaches and nausea, reduce his energy, and make him feel like he’s swimming in cement. His last infusion was in Hawaii while training with the Olympic team before heading to Japan.

She said sometimes he wonders how much better he could do if he didn’t have spondylitis, thinking of competitions he’s missed because of flare-ups. “It’s frustrating for him.” she said.

But Barbara said he dreamed of going to the Olympics to give hope to others suffering from the same disease.

As a teenager he swam with the Sandpipers of Nevada swim club and also at Faith Lutheran High School in Las Vegas. Faith’s coach, Stephen Blank, said he encouraged balance for Becker, as he does for all students, trying to provide what he might not get in the club setting, where grueling workouts prepare swimmers for rigorous competition. He reminds swimmers to laugh, for example, and to pray before meets. He said Becker never complained about his body aching or mentioned spondylitis.

Becker wasn’t expecting to swim in college, but when a University of Minnesota recruiter arrived at the Sandpipers club to consider another swimmer, he saw Becker’s clean, efficient stroke and recruited him. In 2019, Becker graduated with numerous awards including All-American, Big 10 champion, and Academic All Big 10. 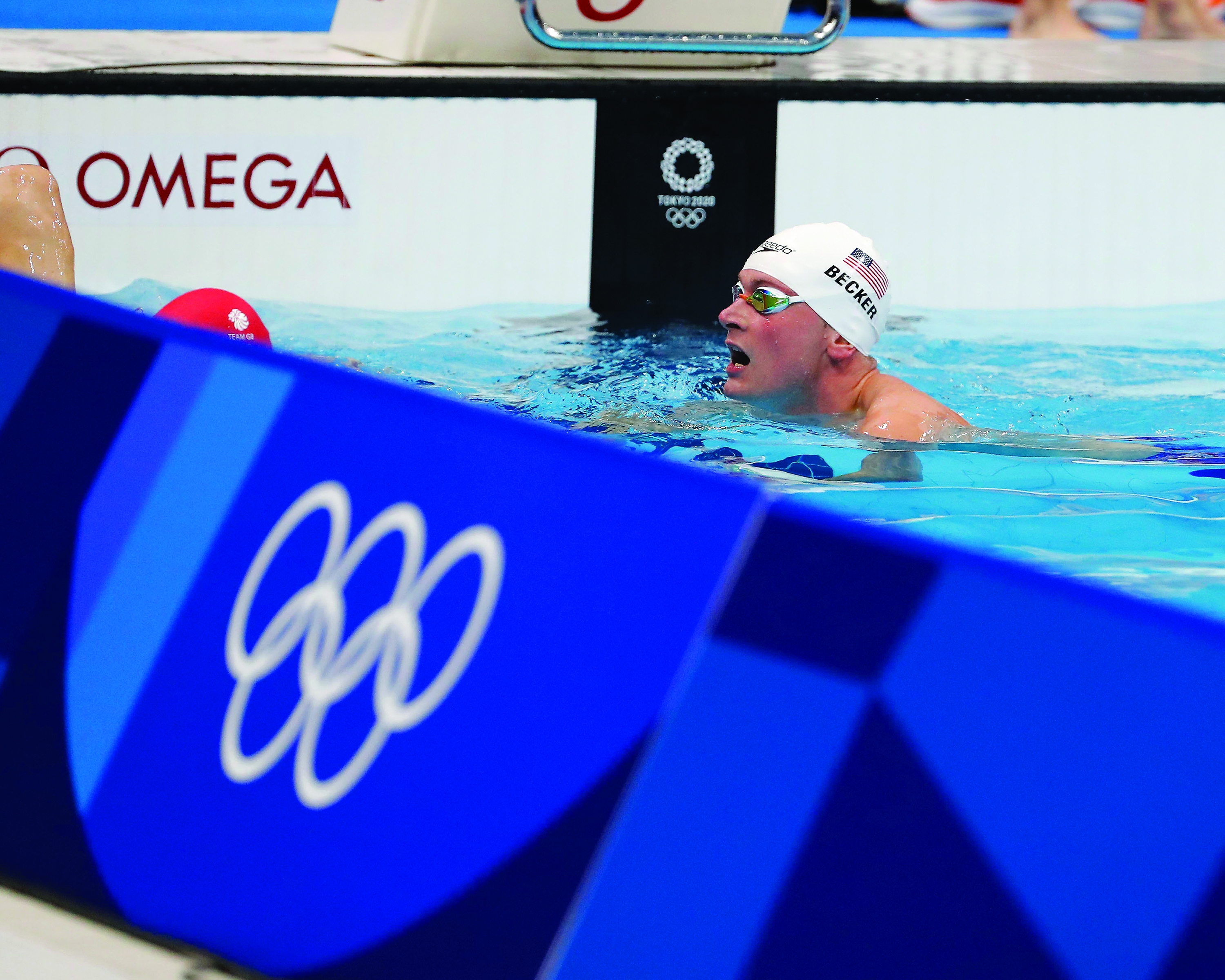 When COVID-19 hit last year, Becker, with nowhere to swim, thought his swimming days were over. He began applying to become a police officer. “I really thought I was going to be done with swimming altogether,” he would later tell reporters.

But former Olympic gold medalist Jason Lezak of the International Swimming League called to say he had a spot for Becker with a monthly stipend. With that opportunity, Becker dove back into the pool.

In June, he finished fifth in the 100-meter freestyle at the U.S. Olympic Trials in Omaha and qualified for the Olympic 4x100 freestyle relay. In Saturday’s Olympic preliminary heats in Tokyo, his fast split time earned him a finals spot.

In Sunday’s finals, starting swimmer Caeleb Dressel gave the U.S. relay team a strong lead. Blake Pieroni lost then regained the lead during the second leg. A short 0.05 seconds after Pieroni touched the wall, Becker rocketed off the block. He increased the advantage for anchor swimmer Zach Apple, who finished strong, clinching a gold medal victory for the team.

The U.S. won the race in 3 minutes, 8.97 seconds—the third fastest time in history.

Later, Becker confessed to NBC’s Lester Holt, “If you asked me nine months ago if I was going to be sitting here, I would have laughed at you because I actually was pretty much retired from swimming. ... Normally you do not take six months off and then try to say, ‘Oh, I’m going to try to make the Olympic trials.’”

In a conversation Barbara had with her son a few days before his first Olympic race, she mentioned she’d heard the Russians were expected to excel in the relay. Becker told her, “Mom, I’m not going to worry about that.”

He was right again. 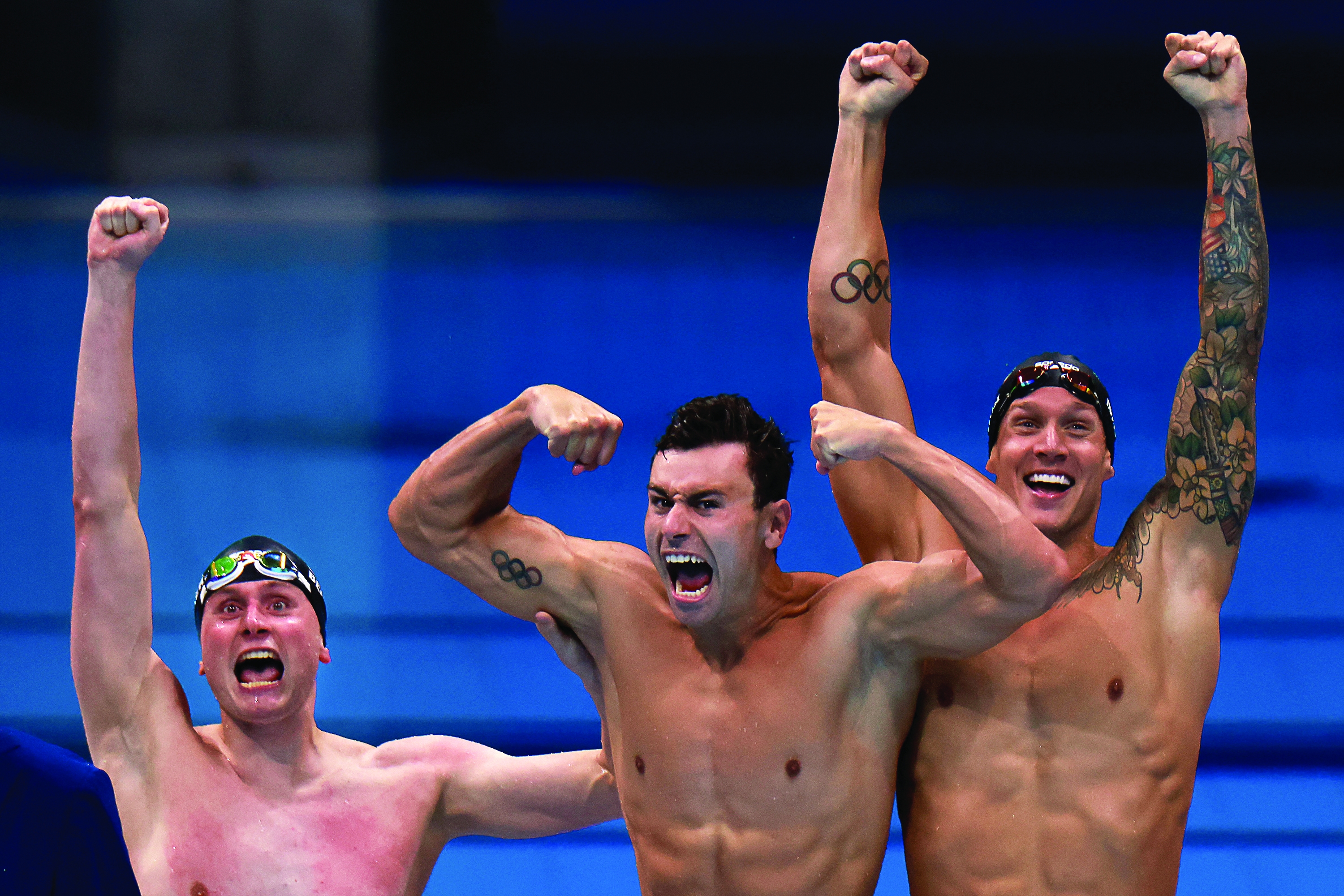 I watched that race live on TV. It was exciting. I had no idea about Becker's condition. Thanks for a great story!