On a lonely road

The rollout of the new documentary Uncle Tom is, in itself, evidence of its thesis that the media prefers to ignore or mock black conservatives rather than engage with their arguments.

Released six weeks ago, the film offers sharp perspectives on the most contentious political debates of recent months. And yet, while other recent documentaries on race like 13th and Whose Streets were rewarded with fawning news coverage, first-rate streaming deals, and numerous nominations, as of this writing, no major outlet has even bothered reviewing Uncle Tom. Perhaps that’s because a review would require admitting it’s pretty good. 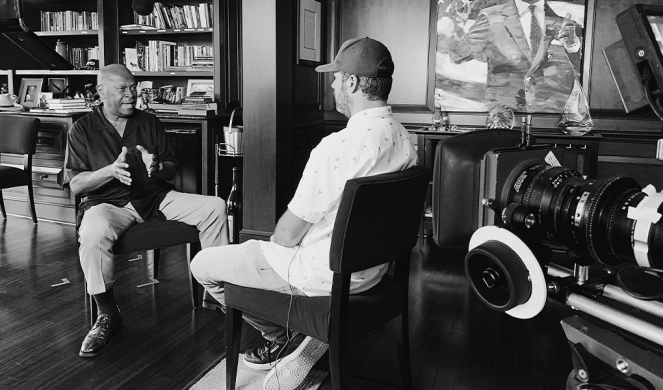 Billing itself as an “An Oral History of the American Black Conservative,” the film features original interviews with well-known personalities like Larry Elder, Herman Cain, and Allen West, as well as archival footage of Thomas Sowell, Shelby Steele, Ben Carson, and Kanye West. The first and most scattershot segment focuses on how their individual backgrounds either reinforced or challenged their right-wing views. The next section cross-examines liberal sacred cows regarding racial division, such as micro-aggressions and privilege, contending they have little, if any, real-world impact today. The last and most engaging sequence presents a summary of African American political history. After illustrating how W.E.B. Du Bois and Booker T. Washington offered divergent paths, it contends black well-being has decreased since their allegiance shifted to the Democratic Party and its introduction of poverty programs.

Despite persuasive arguments and an appropriately long-term perspective that allows for only a few minutes on the presidency of Donald Trump, Uncle Tom suffers from an overreliance on pundits. Its most compelling insights come from people who’ve never been quoted in a Twitter or Facebook battle. Like a successful farmer who describes how she came to purchase her land. Or Chad Jackson, a contractor and small-business owner.

Have you been so corrupted by Hollywood, media, academia, that I am your villain? Not the welfare state? Not bad economic policies?

Jackson shares that, for him, becoming a conservative was secondary to becoming a Christian. Shortly after his salvation, a friend challenged his belief that the Democratic Party offered him a better political home because it favors benefits for poor, urban communities. “Doesn’t the Bible say that we’re supposed to help poor people,” he asked his friend. When the friend asked whether Scripture was speaking about the government or individuals, Jackson reconsidered. “It was talking about me,” he decided. “And the way I saw things began to change.”

Uncle Tom isn’t rated, but it includes a fair amount of bad language, including racial epithets. This is the rare case, however, where the profanity often proves a point.

As we see vitriol, derision, and disingenuous concern thrown at Candace Owens, it becomes easier to understand what may be motivating her famously strident tone. At the least, it prompts us to consider whether we’re applying a higher standard to Owens than we do to other young African American commentators, and whether it’s fair for more established and respectable Republicans to dismiss her as a political grifter. Perhaps it’s only a tranquility born of experience that allows an old war horse like Elder to smile and say when racist names are thrown at him, “Have you been so corrupted by Hollywood, media, academia, that I am your villain? Not the welfare state? Not bad economic policies?”

While the film, understandably, feels targeted at black audiences, as it traces the lonely, comparatively thankless road of a conservative minority, it has a secondary effect of challenging white viewers to search their hearts as well. Are their political beliefs and social activism (whatever side they may fall on) really serving the interests of black Americans, it asks, or only serving their own images?

Editor's note: This review has been corrected; the documentary has no connection with the American Enterprise Institute.

{"baseUrl":"\/index.php?p=actions","csrfTokenName":"CRAFT_CSRF_TOKEN","csrfToken":"GivoSWOuz5S5jpRNcmofExKCETUkwCsS_JDL5mEn-OjHIiN0YBHso1tCpTElnKDb9eTeOScfe2B6r0Rqc58eY6j8_LcQCouit2tuK1YppMQ=","recaptchaEnabled":false,"recaptchaKey":"","translations":{"reply":"Reply","close":"Close","edit":"Edit","save":"Save","delete-confirm":"Are you sure you want to delete this comment?"},"element":{"id":127052,"siteId":1}}
Need Help?