Remarkable stories these days can quickly disappear into the blast of internet drama or depressing news cycles. That gives even more reason to go back during spring training and revisit one feel-good story of 2019: the Washington Nationals’ improbable championship run.

Disclosure: I have watched the Nationals’ games since 2006, when they were a brand-new team in the District of Columbia, returning after a 35-year hiatus in Montreal as the Expos. I watched when the team gave the players jerseys with the name misspelled as “Natinals,” watched their 100-plus-loss seasons, and saw their playoff meltdowns that knocked air out of fans’ lungs.

One redeeming quality in those miserable seasons was The Washington Post’s sports desk, which provided some of the best baseball coverage in the country. Now the Post’s beat reporter for the Nats, Jesse Dougherty, has cranked out a wonderful book: Buzz Saw narrates the wild 2019 season, from the team putting up the worst season start in its history to beating the best-in-baseball Houston Astros for the championship.

It’s a feel-good story not just for Nats fans but also for Yankees and Dodgers fans.

It’s a feel-good story not just for Nats fans, especially given the new cheating scandal that has swallowed up the Astros since the World Series and made them baseball’s villains—particularly to Yankees and Dodgers fans, who suffered 2017 postseason defeats at the Astros’ hands. The book mentions the scandal in a few brief paragraphs but mostly focuses on the joy of the underdogs in winning over the titanic ’Stros. 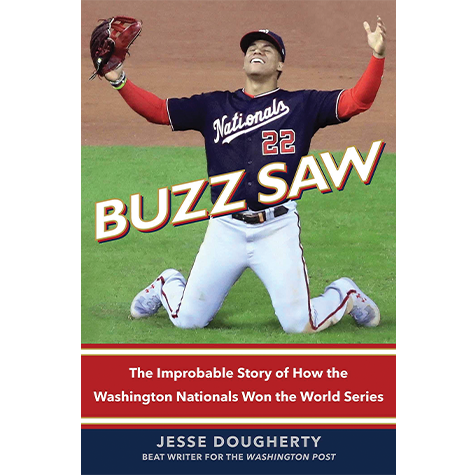 Even a dedicated Nationals fan would forget all the twists and turns the book narrates. (It includes some locker-room expletives.) Shortstop Trea Turner played through the postseason with nine working fingers. The team relied on a closer who had only one pitch. The team had the league’s oldest reliever, at 42, and a roster of undervalued, veteran players—viejos, as the Spanish-speaking teammates called them.

With a terrible bullpen, the team decided to rely on just six pitchers in the playoffs: four starters and two relievers. On top of that, team closer Daniel Hudson left in the middle of the playoffs to be with his wife as she delivered their daughter. Dougherty’s book brings out these human details, explaining how starter Aníbál Sanchez, whose 1-year-old son died tragically of dengue fever in 2007, publicly defended Hudson’s decision.

In Game 5 of the World Series, the team had to scratch ace Max Scherzer because he woke up with neck spasms, unable even to dress himself. Scherzer came back to lead the team to the championship in Game 7. 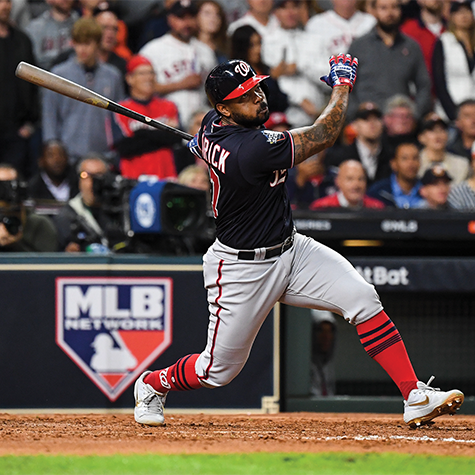 Howie Kendrick hits a home run in the seventh inning during Game 7 of the World Series. Jonathan Newton/The Washington Post via Getty Images

Buzz Saw offers fodder for debate on the game going forward. The Nationals pursued the title with an old-school approach: The front office kept a large scouting staff, sending 12 advance scouts to track all the playoff contenders. Houston did not use a single advance scout in the regular season or playoffs, instead favoring analytics experts and economists. Dougherty’s anecdotes illustrate how the scouts’ visceral work led the team to discover strategies and weaknesses that its analytic opponents had missed.

The Nationals also relied on age and experience during the playoffs at a time when most teams hunt for cheap, young prospects. World Series hero Howie Kendrick, 36, had considered retirement before this season because of an injury. With its offseason signings, the Nationals showed again they believe in having an “elderly” team.

Has the team discovered a new way of doing business in baseball, like Billy Beane’s new strategies detailed in 2003’s Moneyball? Speaking as someone who is elderly by baseball standards, it will be fun to see the viejos thrive.