Until well into the 20th century, most Americans had their milk delivered to their door in refillable glass bottles. The milkman also picked up the empties. Now a coalition of major consumer brands is testing a packaging and delivery platform that will use the “milkman model” for products as diverse as ice cream, deodorant, and laundry detergent.

The consortium of 25 companies—including such big names as Procter & Gamble, Nestlé, and PepsiCo —worked with recycling experts for more than a year to develop the platform, called Loop. Online-ordered products would arrive in a reusable tote that would also serve as a receptacle for empty containers. A delivery service would pick up the full tote and return it to a facility where the containers are cleaned, sterilized, and prepared for refilling.

Loop’s developers believe that, while recycling has its place, the waste problem is really a disposability problem.

“To us, the root cause of waste is not plastic, per se,” Tom Szaky, CEO and founder of TerraCycle, one of the project’s partners, told Fast Company. “It’s using things once, and that’s really what Loop tries to change as much as possible.”

In a pilot program to be launched this spring in New York and Paris, customers will be able to buy familiar brands such as Pantene shampoo and Tide detergent in packages designed for up to 100 uses. While the cost of the products will be about the same as those bought in single-use containers, the user will also have to pay a refundable deposit of between $1 and $10 per container, as well as some shipping charges.

Even though customers won’t have to clean the empty containers—a barrier to many who would otherwise recycle—critics of the initiative are skeptical whether the project will ever be profitable or will change consumer behavior.

However, advocates say it’s significant that major brands are coming together to solve the plastic waste problem. Of the 10 companies Greenpeace lists as the world’s largest contributors to plastic waste, eight are part of the Loop consortium and the other two are in talks to join, according to Fast Company.

In addition to reducing plastic waste, an industrywide shift to reusable containers would ultimately reduce manufacturing and energy costs, proponents say. The key, they believe, is making the new paradigm attractive for consumers.

“You simply have to start somewhere to test it and see what the barriers are and who actually buys into the model,” Unilever’s research and development chief, David Blanchard, told The Wall Street Journal. “If there are sufficient people then you can scale it.” 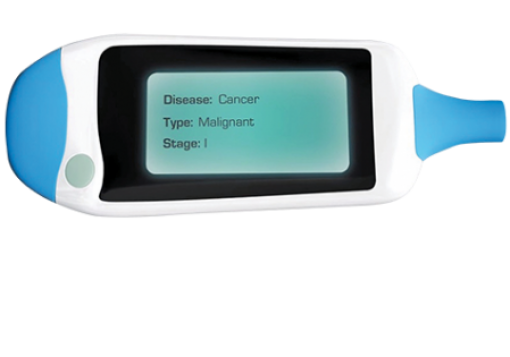 Bodily excretions have long been thought to provide evidence of disease, and ancient Greek physicians frequently smelled a patient’s breath in an attempt to diagnose illnesses. It turns out they may have been onto something: An international team of scientists has developed a robotic “nose” that can detect 17 diseases in exhaled breath.The system, called “Na-Nose,” uses nanotechnology and machine learning to detect volatile organic compounds in human breath that are associated with disease, according to Psychology Today. The researchers, led by Hossam Haick of the Technion-Israel Institute of Technology, trained an artificial intelligence system on 1,404 breath samples from both healthy subjects and those with one of 17 diseases, including Parkinson’s, prostate cancer, and multiple sclerosis. The robotic nose learned to identify the unique “breathprints” of each disease with 86 percent accuracy. —M.C.