In January 1969, the Beatles were in the doldrums. They’d stopped playing live shows two years before, and advancements in mixing technology had allowed them to create their latest album without even being in the same room with one another.

In hopes of reviving their interest in making music together, they came up with an audacious plan: Write an entire album together, rehearse those new songs together, and play a live show for an audience. And accomplish all that in less than a month. Oh, and film a television special and a documentary while sorting everything out.

Of course, the plan doesn’t renew their dedication to each other, and they don’t manage to sort everything out. Less than a year later, the Fab Four stopped playing together.

The Beatles: Get Back, a three-part documentary streaming on Disney+, chronicles that manic month of January and gives viewers a glimpse of the band’s vain attempts to keep themselves from unraveling. Peter Jackson, who gave us the Lord of the Rings films, directed this mammoth trilogy that clocks in at almost eight hours. To create the documentary, Jackson combed through more than 60 hours of film and 150 hours of audio recordings captured by Michael Lindsay-Hogg who made the 1970 documentary Let It Be, released shortly after the band announced its dissolution. 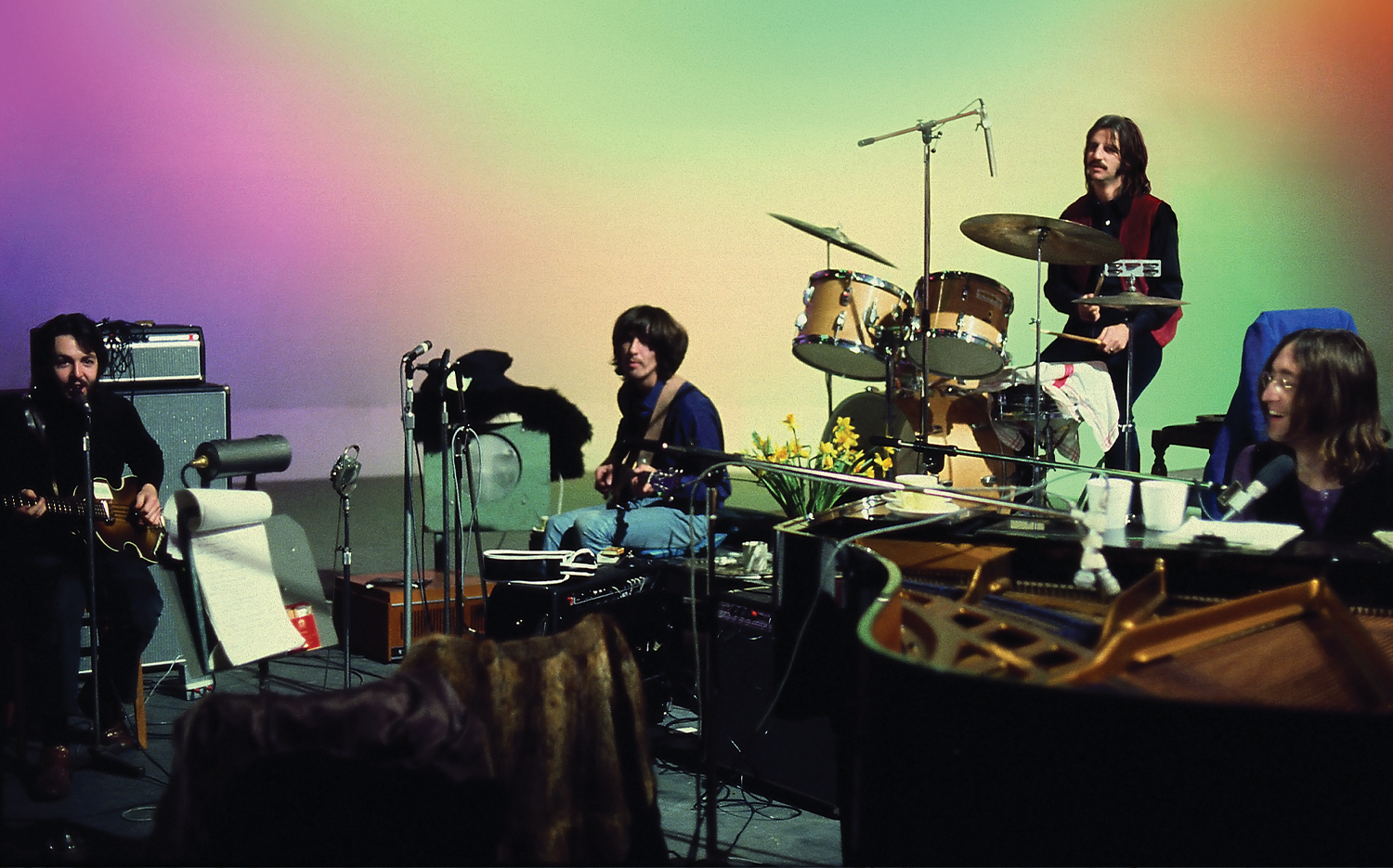 Filming begins Jan. 2 on a Twickenham Film Studios soundstage. John, Paul, George, and Ringo need new material, and they need to plan their televised concert. The songs come in fits and starts, but agreeing on a concert venue proves impossible. Various location ideas around London get shot down. John gets hung up on the idea of a see-through plastic stage. There’s even talk of taking a cruise ship full of fans to Libya for a concert in a Roman amphitheater. In the end they give up on the television special. The documentary culminates with their famous unannounced rooftop concert, which the police break up for disturbing the peace. It was the last time they performed together in public.

Several times, we hear Lindsay-Hogg complain he doesn’t know what his documentary is about. But Jackson, with 50 years’ hindsight, knows what the story is. This is a documentary about both creation and destruction.

Beatles fans and people interested in the creative process will find Get Back fascinating. Over the course of days, we see Paul take a song from nonexistence to completion. He begins with rhythm, finds a chord progression, and works out a melody. Then he and John try out nonsense words until some sounds stick and become real words. There’s a magic in watching the birth of some of the world’s most iconic songs, like “Get Back,” “Let It Be,” and “The Long and Winding Road.”

When they’re actually playing together, the Beatles exhibit bursts of joy, but Get Back also reveals the band’s dysfunction. And it isn’t for kids. The four drink and smoke incessantly as they work, using adult language and making crude jokes.

A world-weary melancholy hangs over the group, even though they’re all still in their 20s. They long for the good old days—just 18 months earlier—before their manager Brian Epstein died, and Paul reminisces about how great it was when he and John lived and wrote together. Throughout the rehearsals, Paul acts as the professional, getting to work on time and trying to keep the others on task. George finds Paul too demanding, quitting the band for a few days before returning. John swings between detachment and silliness, with Yoko Ono never more than a few inches from his side. And Ringo, perhaps more aware of the camera than the others, remains watchful and quiet.

Get Back shows us four young men who’ve reached the top of their industry, yet they find no satisfaction in it or each other. They don’t know who they are or where they’re going. We don’t see the Beatles break up in this documentary, but after eight hours we feel as if we’ve seen the beginning of the end.