Most of these songs are bang-zoom-crazy covers of Yuletide numbers made semi-famous by Wizzard, Slade, Charles Brown, Chuck Berry, the Ramones, the Kinks, Harry Nilsson, and Saturday Night Live. The exceptions: an ill-fitting go at tradition (“Silent Night”), two rocking Cheap Trick originals (“Merry Christmas Darlings” and the title cut), and a prayerful Cheap Trick original called “Our Father of Life” that sounds like what John Lennon might’ve come up with if he’d believed in “mak[ing] the holidays bright in honor of Your Son.”

“O Death”’s absence aside (it’s listed on the cover, but it’s really “Twelve Gates to the City”), this 2002 show finds the then-75-year-old Stanley in fine form and even finer humor: He describes the Primitive Baptist churches of his youth as places “where they don’t believe in music in the church but they love everything I do when I’m out of the church.” And why shouldn’t they have? Much of what Stanley did—and does here—was gospel. And heartfelt, moving gospel at that.

Having been introduced to EDM production by Avicii, Dan Tyminski (of Alison Krauss and O Brother Where Art Thou? fame) has now taken that acquaintance and run with it. Purists might chafe, but the electronic mists enshrouding his multitracked Southern accent and the echoing beats punctuating his rhythms add mystery to his gimlet-eyed examinations of conscience and to the hooks that make those examinations singable. The sharpest songs explore hypocrisy or X-ray small-town America to reveal a heart of darkness. Nathaniel Hawthorne would understand.

This Canadian tenor has the kind of voice that could convince rock ’n’ roll fans to give art song and even opera a fair shake. Unlike the many classically trained singers who sacrifice texts on the altar of sound, Wiliford adds to his skillfully modulated purity of tone a clarity of diction that makes what he’s singing easy to understand. So although the printed lyrics of these 19 exquisite “sacred songs, hymns and meditations by Holst, Rubbra and Vaughan Williams” (the subtitle) are included, you won’t need them. 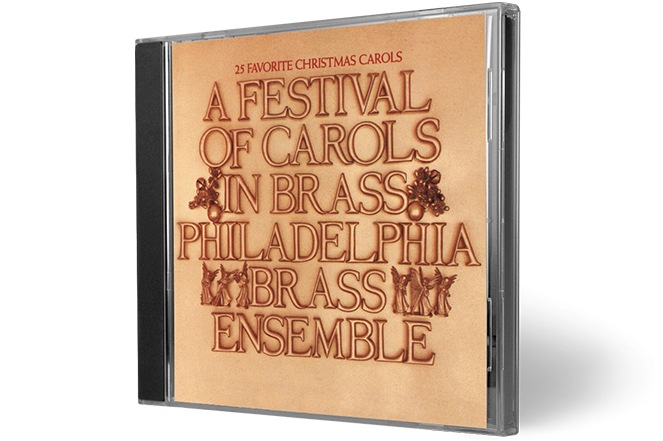 One of the finest Christmas albums ever, the perennially available A Festival of Carols in Brass by the Philadelphia Brass Ensemble, turns 50 this year. But, unlike practically every other album of note released in 1967, it hasn’t gotten the deluxe-reissue treatment—maybe because, as the work of pros, the sessions yielded no alternate takes worth salvaging. Or maybe because, having stuffed 25 crisply executed carols into its audio stocking, the Ensemble had accomplished the musical equivalent of bowling 300 and simply left no room for improvement.

Its tradition, however, lives on, and nowhere more clearly among recent recordings than on The Christmas Album (MSR Classics) by the American Horn Quartet and the Queensland Symphony Horns. The selections are more eclectic, but carols predominate, burnishing a glow that not even “You’re a Mean One, Mr. Grinch” can tarnish. And speaking of the album’s sense of humor, Harry Wilson supplies a solo didgeridoo improvisation that lasts all of 16 seconds. —A.O.