The melody of “Mélodie au Crépuscule”—a Django Reinhardt composition, like most of these workouts—remains crepuscular, but the melody isn’t why the audience cheers as the “Vitamin B3” organist Gerard Gibbs vamps his way through the intro. The audience cheers because Gibbs’ riff sounds a lot like Raymond Jackson’s in Bill Withers’ “Use Me.” Elsewhere, the skronks and squeals emerging from Carter’s saxophone and the short but explosive solos emerging from Alex White’s drums elicit similar responses. Quite impressive as self-contained battles of the bands go.

Office Politics may not be Neil Hannon’s strongest or most consistent effort, but it’s easily his funniest. Stab it almost anywhere and it bleeds one-liners. But the humor isn’t limited to the lyrics any more than the lyrics are limited to the album’s pettiness-of-corporate-cubicle-culture concept. Exhibit A: “Philip and Steve’s Furniture Removal Company,” a theme for an imaginary sitcom based on the dues-paying, blue-collar adventures of the pre-success minimalists Glass and Reich. The faux Depeche Mode is pretty funny too.

As Ornette Coleman never recorded the majority of these compositions, one has to infer from Kühn’s solo-piano transmutations what Coleman had in mind when he envisioned them as avatars of harmolodic sax appeal. The exception is “Lonely Woman,” the cries and whispers of which in Coleman’s version have been foreshadowing the shape of jazz to come for 60 years. Kühn plays it twice, once at the outset and once near the end, making it a key for deciphering the rest. Several listens in, you won’t need it.

These 54 exemplars of pre–rock ’n’ roll blues at its most engagingly urbane have been repackaged before, and, copyright-expiration laws being what they are, they’ll probably be repackaged again. But why wait to make Mayfield’s acquaintance? There’s as much to savor in the run-down elegance of his Louisiana-inflected delivery and in his oneness with the nightclub orchestra that nudges him toward resignation as there is in his lyrics. Speaking of which, Specialty didn’t title its 1992 Mayfield compilation Poet of the Blues for nothing. 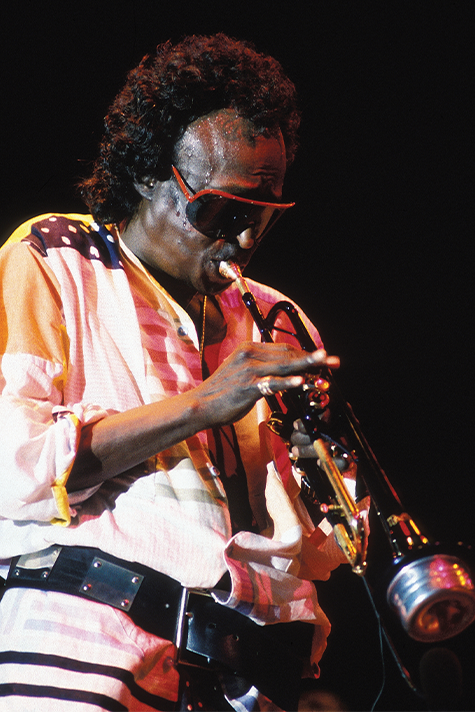 In 1986, the Warner Bros. executive Tommy LiPuma talked Miles Davis out of releasing the Randy Hall/Zaner Giles–produced Rubberband and into releasing the Tommy LiPuma/Marcus Miller–produced Tutu instead. Davis insiders have debated the wisdom of the decision ever since. Now that Rubberband has finally been released (thanks to Rhino Records and post-production courtesy of Hall, Giles, and Vince Wilburn Jr.), even hoi polloi can weigh in.

And appropriately so, as Rubberband’s splashy, wriggling ’80s funk, best exemplified by the red-hot “This Is It,” seems to have been crafted with an ear toward snagging the common-man audiences of Michael Jackson and Prince. Yet from Davis’ trumpet—fluttery here, beaconlike there—to his raspy-voiced song intros, nothing panders, not even the love ballads. “So Emotional” may have been intended for Chaka Khan and “I Love What We Make Together” for Al Jarreau, but Lalah Hathaway and Randy Hall bring them off just fine. —A.O.