Richard E. Brown: The Gift of the Magi

You know the plot: An impoverished young husband and wife secretly sell their most precious possessions to buy each other Christmas gifts that prove both ­useless and inestimable. What you don’t know is that the material makes for a moving one-act chamber opera in three scenes. Yes, the diction of the soprano Bree Nichols and the baritone Pavol Kubán is hard to understand. But the libretto is online, so you can read along the first time, after which you’ll have little or no trouble at all.

Duke Ellington’s Nutcracker remains the place to start where hearing Tchaikovsky swing is concerned. But by pan-Americanizing this perennial Christmas ballet with Latin rhythms and melodic festoons—and with an improvisational spirit that Tchaikovsky devotees (and maybe Ellington devotees) would’ve once considered (and might still consider) sacrilegious—this 18-member Afro-Cuban ensemble not only gives it fresh life but also suggests that there’s a lot more life where theirs comes from.

Translated, the title is Golden-winged Angel: The Most Beautiful Christmas Carols Adapted by Rezső Ott. “Zenekar” means “orchestra,” “Nemzeti Énekkar” means “National Choir,” and Hámori Máté is the conductor. Together, they’ve made the traditional Christmas album of the year. The Latin carol, the German carol, and the three English carols you’ve loved since childhood. The nine Hungarian carols you probably haven’t. As usual, there’s no time like the present to begin making up for lost time. 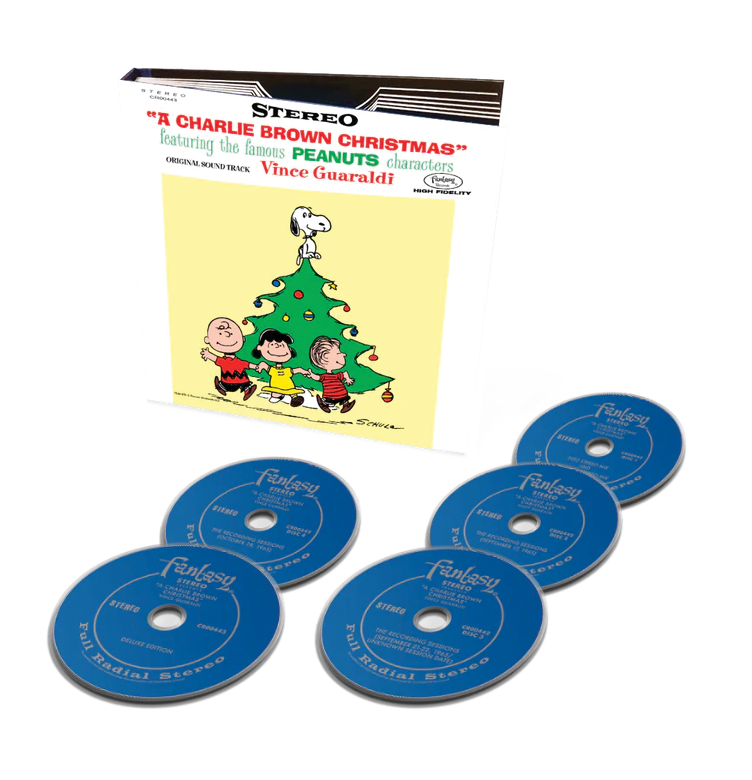 If for the last 57 years people had been dissatisfied with the original stereo mix of Vince Guaraldi’s A Charlie Brown Christmas, the soundtrack wouldn’t have sold over 5 million copies. So the first disc of Craft Recordings’ new four-disc A Charlie Brown Christmas (Super Deluxe Edition), which juxtaposes a new stereo mix with the old, is not what makes this box more entertaining than the typical vault-scouring attempt at cashing in on the shopping season.

What does is the three bonus discs of mostly complete alternate takes. “Linus and Lucy,” “Christmas Is Coming,” and “Christmas Time Is Here” are so catchy that you won’t mind hearing Guaraldi’s trio play them again and again. But what will really make fans smile is the inclusion (finally!) of Schroeder’s attempts to hit on a “Jingle Bells” that meets with Lucy’s approval and the members of the children’s choir bursting with laughter as Guaraldi tries to teach them a part that’s too high for his voice. —A.O.