The Story of Jesus

Gábor Benda’s liner explications notwithstanding, you’ll have a hard time correctly matching these solo piano meditations on Christ’s life to their titles. “The Ascension of Jesus” and “The Entry Into Jerusalem” sound more Christmassy than the selection called “The Birth of Jesus,” and the glissandi in “The Transfiguration” are no more or less suggestive of the numinous than those in “The Resurrection.” So feel free to set your playback to shuffle. In whichever order you encounter these pieces, you’ll enjoy Benda’s delicacy, fluidity, and precision as well as the jazz inflections of what’s otherwise a style too individual to peg.

A Rose Among the Thorns

Dan Getkin and the Twelve Six

No aspect of this quintet’s presentation will bowl you over on its own—not its taste in covers (old-time hymns, “People Get Ready,” Andraé Crouch’s “The Blood Will Never Lose Its Power”); not its Southern-country-gospel, country-soul, country-rock, or just plain country arrangements; and not its frontman’s singing. Experienced together, though, they make for consistently uplifting entertainment. And some details stand out anyway—to wit, Alex Herd’s lively bass, and background singers that make everything, including the songs featuring horns and steel guitar, feel like church.

If only for the 37 minutes it takes for his Mass—a ­choral composition—to unfold, Chris Walden may have found a way to unify the Catholic Church’s progressive and traditional worship camps. The text derives mostly from the Latin preferred by the latter, and the music (“reverent swing,” anyone?) exemplifies the innovation preferred by the former. What might spark debate: whether the use of Christopher Marlowe’s “The Passionate Shepherd to His Love” as the text of an offertory duet sung by Tierney Sutton and Kurt Elling proves an innovation too far.

The music and the ranting impressively recreate the gestalt of mid-’70s punk. Harsh guitars fill out the midrange. Bass slabs line the bottom. A sax expresses itself across the songs closing out each side of the vinyl edition. And you can pogo to the energy. The rub comes with what these guys are ranting against. Conscription, war, ­capitalism, royals, scam callers—they’ve all been ranted against before. Vintage form is one thing, vintage content another. 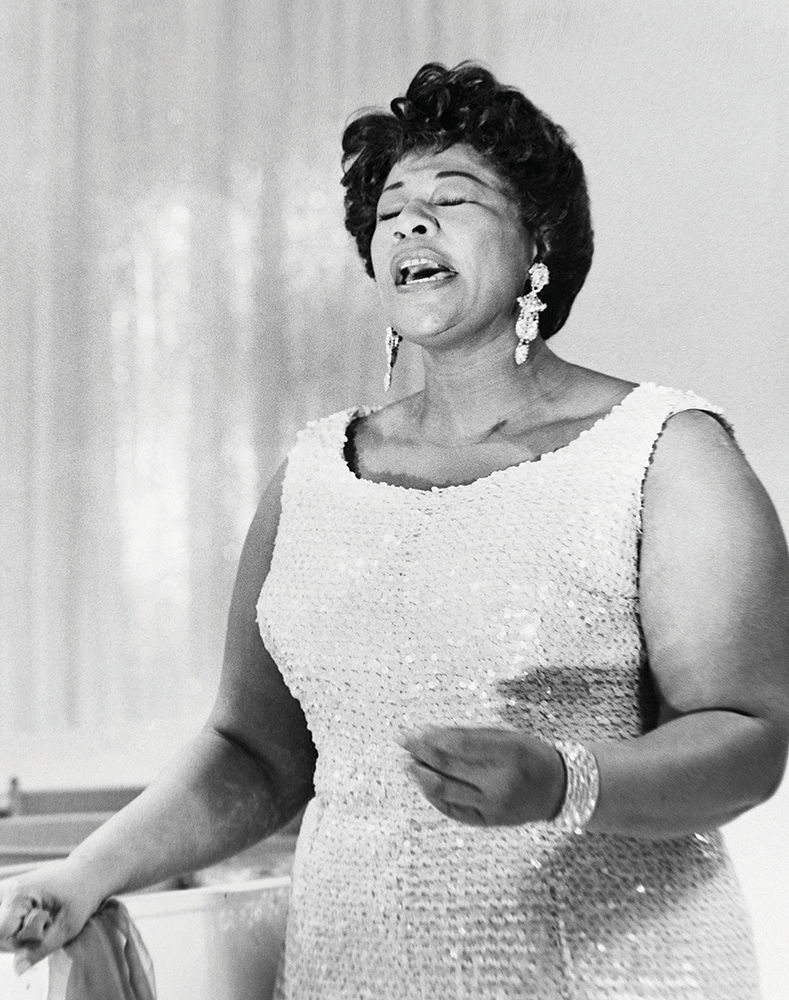 Two years ago, the vaults of Verve Records’ founder Norman Granz yielded the live Ella Fitzgerald gem Ella: The Lost Berlin Tapes. Now, those same vaults have yielded Ella at the Hollywood Bowl: The Irving Berlin Songbook, a private, lo-fi recording never intended for release but that Gregg Field, reprising his work on the Berlin recordings, has gone to great lengths in his role as producer to refurbish.

Other than Fitzgerald’s singing, the discoveries have little in common. The Berlin gig took place in 1962 with a jazz trio. The Hollywood Bowl gig took place in 1958 with the Hollywood Bowl Pops Orchestra. The difference in accompaniment is not insignificant. The trio swung, the orchestra only when it had to (at which times—“Heat Wave,” “Cheek to Cheek,” “Puttin’ on the Ritz”—it swung very well). Otherwise, it supplied Fitzgerald with luxurious cover for her deep dives into even deeper ­emotions and, in the case of “Get Thee Behind Me Satan,” deep prayer. —A.O.