Previously, the Goldsmith brothers could’ve gone back to the 1970s and found a home on daytime FM radio. Now, they’re making music suited to the tastes and relaxed time restraints of that era’s late-night FM jocks. Except for the track segregated as “Joke in There Somewhere (Outro),” the shortest clocks in at 5½ minutes while three others average nine, but none go on too long. The genre is still “soft rock,” but Dawes is exploring interesting ideas. In the ’70s, “Let’s enjoy each other’s company” would’ve simply been code for “Party!” In the doomscrolling era, it means “Give peace a chance.”

People wondering what this member of the Austin City Limits Hall of Fame is doing on Verve Records need only recall that his 1989 album Lyle Lovett and His Large Band also opened with an instrumental jazz workout, also featured vocals from Francine Reed, and also took its time getting around to country. Another similarity between that one and this: The funniest song, “Pants Is Overrated,” is one of the jazzy ones. (It’s a paean, by the way, to the superiority of kilts and whatever Jesus wore.) A difference: For the country part, Lovett checks his trademark irony at the door.

Melt Away: A Tribute to Brian Wilson

The Surfin’ Safari obscurity “Heads You Win—Tails You Lose” and the Sunflower standout “This Whole World” are the only compositions with which M. Ward and Zooey Deschanel take significant liberties (unless doubling the length of “Meant for You” and drenching the whole album in reverb count). Still, the duo is clearly up to something besides (or maybe in addition to) leeching off a better-selling artist’s fan base. Call it giving casual Beach Boys fans a glimpse of the depth of the band’s (and, in the case of the title cut, solo Brian Wilson’s) deeper deep cuts.

Calling this album the Dr. Jekyll to the Mr. Hyde–like Fear of the Dawn that White released in April only works if you consider White’s brand of psychedelic folk less threatening than his brand of hard rock. In superficial ways, acoustic guitars, violins, and Mellotrons do threaten less. But White’s use of these gentler soundscapes has as much potential to discombobulate as Marc Bolan’s Tyrannosaurus Rex. It’s another band, however, that seems to be whispering into White’s ear. “A Tip From You to Me” clearly wants to morph into “Stairway to Heaven.” 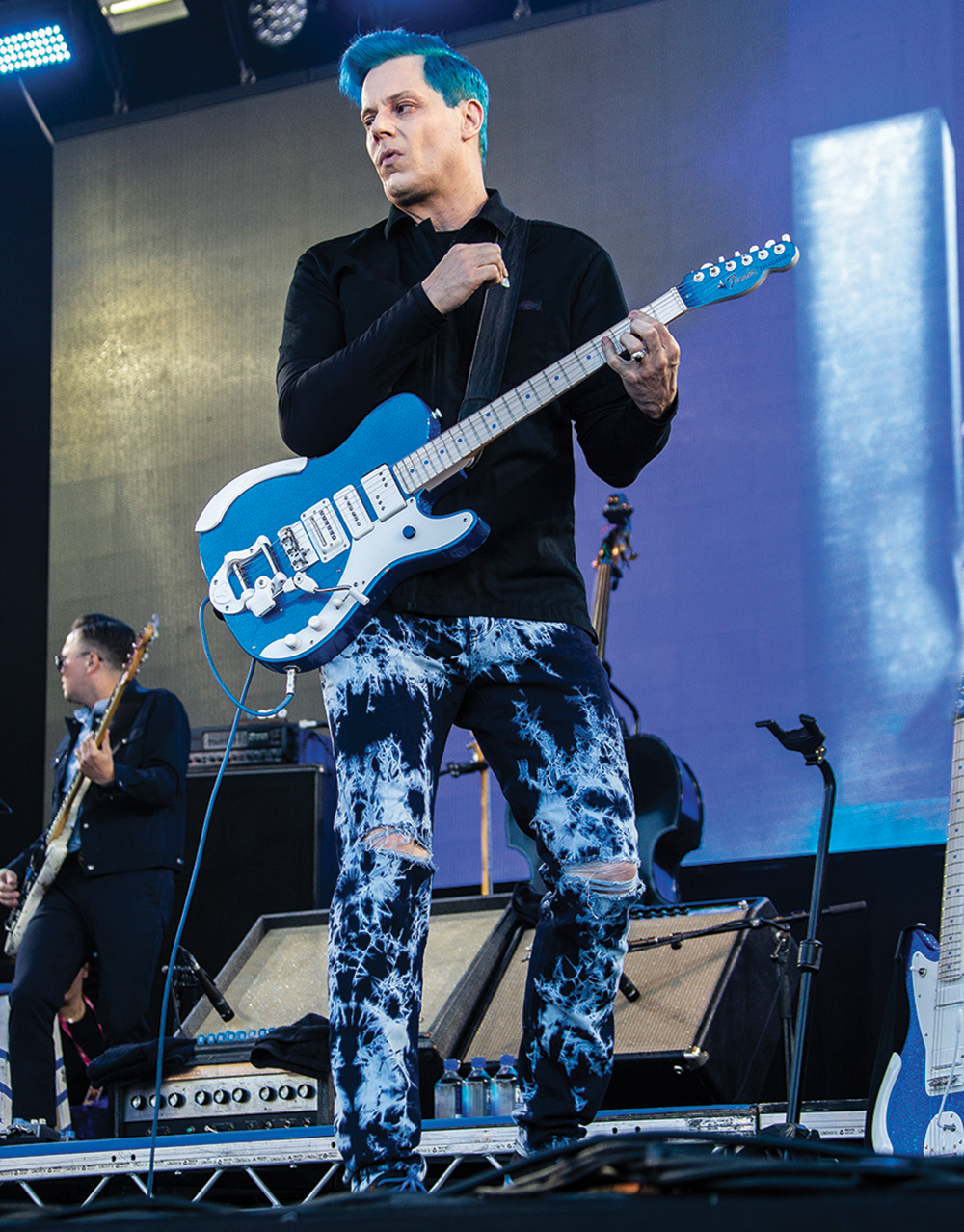 In keeping with the ­vampire-evoking album title (and cover art), White titles two songs after the clinical term for the irrational fear of sunrise (“eosophobia,” in case you didn’t know) and sings like the antagonist of an unhinged horror film. You don’t have to be a fan of any of the aforementioned characteristics to enjoy the sheer sound. Owning a better-than-­average stereo system won’t hurt either. —A.O.