As racial tensions boil in the Twin Cities after the death of Daunte Wright, community activists work together for peace. Some struggle with their own emotions, too

A demonstrator reacts outside the Brooklyn Center Police Department during a protest over the death of Daunte Wright on Wednesday. AP Photo/John Minchillo

God redeemed Spence years ago out of a brutal drug culture, a prison cell, and alcoholism. Today, he works with police and even hosts barbecues in his St. Paul, Minn., garage for officers and gang members to improve neighborhood relations. But Sunday afternoon’s police shooting of an unarmed black man in a north Minneapolis suburb has him weeping.

Spence, an associate pastor at New Hope Baptist Church in St. Paul, is also the founder of God Squad, an organization that works as a bridge between police and Twin Cities communities. God Squad and five nonprofit groups are part of the Minnesota Safe Streets coalition that in March began partnering with YMCA of the North to reduce urban violence, improve housing and job opportunities, and set standards for respectful community behavior.

The coalition has been busy preparing the cities for whatever verdict results from the ongoing trial of Derek Chauvin, the former Minneapolis police officer charged with murder and manslaughter in the death of George Floyd. But after Sunday’s shooting death of 20-year-old Daunte Wright in Brooklyn Center during what began as a routine traffic stop, the coalition has gone into critical incident response mode: With protesters gathering nightly outside of the Brooklyn Center police station, Safe Streets members are reaching out to community members and seeking to be a voice of comfort and calm in a city where tensions are high.

On Wednesday, police arrested former Brooklyn Center Police Officer Kim Potter and charged her with second-degree manslaughter for Wright’s death. She had resigned Tuesday, as did Police Chief Tim Gannon, who said he believed Potter mistakenly fired her handgun instead of her Taser when Wright resisted arrest. Gannon released Potter’s body camera video on Monday.

Demonstrators protesting Wright’s death this week have sometimes turned violent: On Tuesday night, police arrested 79 people during protests in front of the 15-foot fence at the Brooklyn Center police station, primarily for unlawful assembly and inciting a riot. Some rioters threw bricks and cans at police.

Members of the Safe Streets coalition are trying to temper hostilities before such violence escalates. Several women from one of the group’s organizations, A Mother’s Love, wore black and hot-pink jackets and mingled in the crowd on Wednesday night, as hundreds of mostly peaceful protesters gathered again beneath a rain-snow drizzle. On Sunday, a leader from A Mother’s Love met with Wright’s mother to comfort and listen. 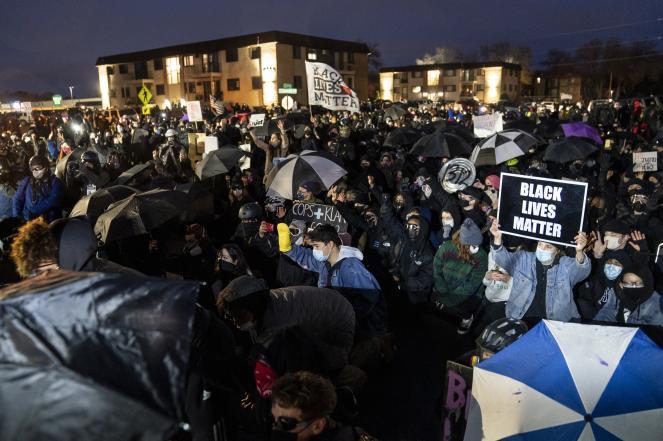 "How can we unite these people? How? I don’t know. … Maybe we need Christians to step up?”