We’ve seen plenty of Sherlock Holmes variations in recent years, but with the possible exception of Hugh Laurie’s doctor on House, I don’t know that we’ve seen one as creative as Sherlock interpreted as a 16-year-old girl.

After years of living cloistered in a country estate, receiving an unconventional home education, she wakes up one day to find her mother missing. It’s clear the Holmes matriarch left Ferndell Hall of her own volition, but Mycroft (Sam Claflin) and Sherlock (Henry Cavill) have no idea why. Enola rejects their plan to send her to a girls’ finishing school while the men sort things out.

Disguised as a boy, she escapes to London with the idea of leaving coded messages in newspapers, hoping her mother will see and answer in kind. Along the way, she joins forces with a young aristocrat. Naturally, romance blooms—a charming, chaste romance, suitable for the tween and teen audience the mild PG-13 film is intended to draw.

“Politics doesn’t interest you because you have no interest in changing a world that suits you so well.”

But Enola’s age and gender aren’t the only twists to this otherwise tried-and-true Victorian mystery. The subtext to the story is surprisingly of the moment.

We instantly recognize the ideological types who populate Enola’s life—though their world is 100 years past. Most notable is how the story subtly shifts our view of Sherlock. He’s always been an eccentric, cantankerous character, but here his eccentricities are more a function of privilege than quirkiness.

He doesn’t read the newspaper and is disengaged from broad social currents because they don’t affect his high station in English society as an upper-middle-class white man. “You haven’t any hope of understanding any of this,” a black female character tells him. “Because you don’t know what it is to be without power. Politics doesn’t interest you because you have no interest in changing a world that suits you so well.” 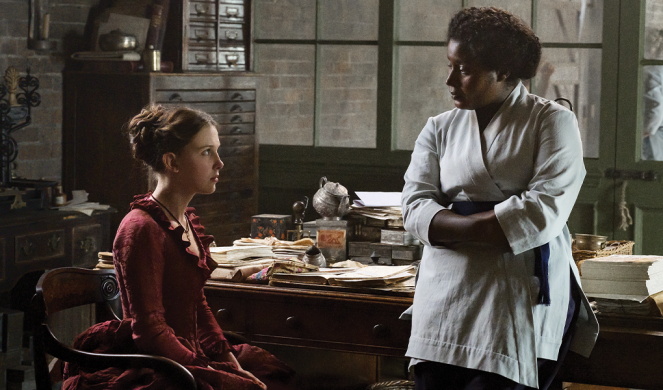 When stodgy old characters announce that England’s glory is found in ancestral landowners, it’s clear the producers believe all those who defend the principles of the past are acting out of personal advantage rather than philosophical conviction.

The story doesn’t portray all those who disagree with progressive aims as evil, simply blind. In this we see the arrogance we’re all grappling with these days—assuming those who don’t see the world as we do must not see as clearly as we do.

Producers squarely targeted the film at girls the same age as my oldest daughter. So I asked myself whether I would let her view it, even though I take issue with the assumptions it makes of those who stand athwart history yelling, “Stop!”

I decided I will. And then we’ll talk about how the story portrays the various characters: Enola’s mother, the revolutionary. The Dowager Viscountess, the beneficiary of systemic privilege. And Sherlock, the entrenched member of the bourgeoisie, politically disengaged because he enjoys the status quo. We’ll talk about who each of these characters represents in our own society and how accurately the story represents their views.

Enola Holmes does a neat job capturing current ideological debates in a pretty package. Along with finding it genuinely entertaining, I believe parents of older children can use it as a launching point to start meaningful discussions, even if they’re not the discussions the filmmakers intended.