Thousands of displaced villagers in the jungles of Karen state were fleeing government shelling when American Dave Eubank first heard about the military coup in Myanmar’s capital of Naypyidaw, 150 miles away. Government soldiers on Monday shelled the villages in Papun and Nyaunglebin Districts, home to ethnic Karen long under attack. Villagers ran out of their bamboo homes, some toting their children, others dragging their pigs or carrying pots and pans. They trekked an hour through the mountainous jungle to find a clearing where they could hide from soldiers with little more than trees and palm fronds for shelter.

Eubank’s Free Burma Rangers, a Christian aid group, sent a dozen teams to help at least 4,000 internally displaced persons (IDPs) this week—providing medical care, rice, clothes, and tarps. It’s a scene Eubank has seen repeated over the years as the country’s military junta has forced civilians from their lands. Since December, the army has been building new roads and military camps in the region in violation of a 2015 ceasefire. When the Karen resisted the encroachment with gunshots, the army began shelling the surrounding villages.

The 2015 ceasefire coincided with open elections won by the opposition National League for Democracy (NLD), the party led by longtime activist and Nobel Peace Prize laureate Aung San Suu Kyi. The country’s ruling military junta ostensibly stepped aside after 50 years in power. But attacks on ethnic groups like the Karen, who are mostly Christians, the mostly Muslim Rohingya, and others, have made plain ongoing military dominance. News that the military had formally taken control again after a decade of ostensible democratic reforms came as no surprise to Eubank.

“My first feeling was we already knew the military was in power, now people who tried to pretend that it wasn’t will have no excuse,” Eubank said. “The IDPs felt the same thing. It actually makes no difference, they’re getting attacked anyway.”

Still, the scenes from the capital Monday were stunning. In a pre-dawn raid, the military detained Suu Kyi, who is state counselor, and other senior NLD officials. A military television network announced army chief Senior Gen. Min Aung Hlaing would take charge for one year. He declared a state of emergency, it said, because the government didn’t act on claims of election fraud and allowed the most recent elections last November to continue despite the pandemic.

Suu Kyi and her party won those elections in a landslide, and the new parliament was set to hold its first session Monday. NLD lawmakers would have 396 of the 476 seats, with the military-backed party holding only 33 seats.

The military claims it has the right to take control in times of national emergency, citing a section of the constitution drafted under junta rule. The NLD on its Facebook page claimed the military action went against the constitution and the will of the people. It called for supporters to resist the coup with peaceful protests.

For Myanmar, also known as Burma, the return to military rule is a blow to the international community, which had considered the country an unfolding success story. The military launched democratic reforms in 2011 after 50 years of international isolation under military rule. It released Suu Kyi, who lived for 16 years under house arrest, in November 2010 and allowed some freedom of speech and assembly.

In 2015, NLD won 86 percent of the parliament and placed Suu Kyi in the newly created role of state counselor. The constitution barred her from becoming president because her late husband and children are foreign citizens, but she became the de facto leader of a government she had long opposed. In 2016 the United States eased sanctions against Myanmar and removed restrictions on 10 state-owned companies and banks.

Still, the military retained a grip on power as its party held a quarter of the parliament seats, meaning it could veto any legislation. Military leaders continued to control Myanmar’s ministry of defense, border, and interior. Despite cease-fire agreements, the army continued and increased in some areas attacks on ethnic minorities, including the Karen, the Shan, the Kachin, and the Rohingya.

The worse atrocities happened in Rakhine state, where 1.1 million Rohingya Muslims faced entrenched persecution and were not granted citizenship. In 2017 after Rohingya militants targeted 30 security posts, government troops responded with “clearance operations” against civilians—shooting civilians, raping women, and burning down villages. Since then, more than 750,000 Rohingya have fled into neighboring Bangladesh.

International groups have accused the Myanmar army of ethnic cleansing and genocide against the Rohingya. They’ve also condemned Suu Kyi’s complicity in the attacks, with some groups rescinding her human rights awards. In 2019, she defended Myanmar in the International Court of Justice, claiming that while some of the military actions may have been disproportionate, they did not amount to genocide. Domestically, Suu Kyi remains popular among the country’s Buddhist majority. 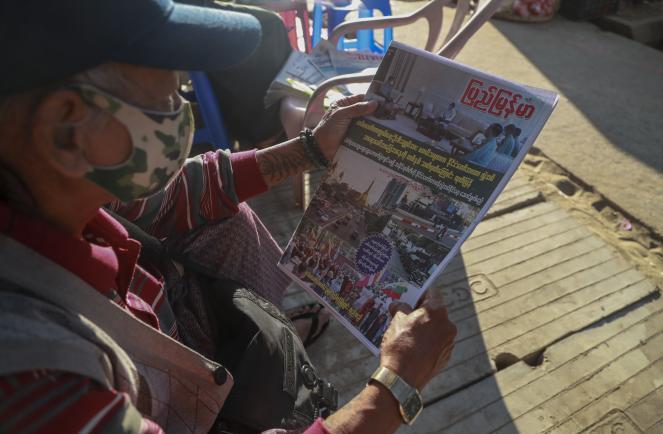 President Joe Biden called Monday’s military coup a “direct assault on the country’s transition to democracy and rule of law.” He threatened new sanctions, saying the United States previously removed sanctions based on Myanmar’s “progress toward democracy.” Yet with the growing clout of a sympathetic China, Myanmar is less dependent on trade and investment from the West. A headline in Xinhua, a mouthpiece for China, described Monday’s coup as a “major cabinet reshuffle.”

Back in the jungles of Karen state, Eubank believes the coup could lead to increased attacks on ethnic minorities. To prepare, Free Burma Rangers is working to get more relief supplies into the region, a challenge as soldiers will shoot anyone trying to help the IDPs. Eubank hopes the coup actually will mark the beginning of the end for the Myanmar army: “I hope that they’ve overplayed their hand and this will be the beginning of their breakup. This is my prayer.”