Mobile angst in a post-Roe world

IN THE NEWS | Biden puts pressure on internet data brokers

As the seismic Dobbs decision that reversed Roe v. Wade ripples across the culture, it’s reshaping multiple landscapes, including technology. In July, President Joe Biden used an executive order to enlist the Federal Trade Commission—an independent agency not part of the executive branch—to take steps to ensure the data privacy of women who seek abortions. Almost immediately, the FTC sprang into action.

The FTC claimed Kochava engaged in “unfair and deceptive” practices, and it threatened to sue. Kochava, in turn, didn’t threaten—it did sue, filing in the U.S. District Court for the District of Idaho on Aug. 12. In its complaint, Kochava denies the FTC’s claims and argues that it has already added a privacy block to remove health ­services locations from the data it collects.

In a statement, Kochava claimed the FTC’s legal threat was a “manipulative attempt … to give the appearance that it is protecting consumer privacy despite being based on completely false pretenses.”

Pro-life experts suspect such pretenses include fear-mongering—promoting the idea that pro-life activists and even government agencies will use location data collected from cell phones to target women seeking abortions. Some believe the Biden administration is using FTC threats to rally the pro-abortion movement.

Kochava is just one of more than 500 registered data brokers in the United States engaged in a multibillion-dollar industry built on high-precision profiling. Companies can compile information associated with an email, phone number, or some other online identifier that’s used between apps. Data brokers then make sense of millions of data points collected across dozens of apps on any given cellular device and sell those findings to interested parties who use it for a range of purposes, such as enhancing a service, understanding consumer preferences, and more. Most apps and also websites track user activity through small bits of code called “cookies.” On paper, cookies can help users. But data privacy experts are ­concerned with how that data is aggregated, repackaged, and deployed.

Will Thibeau, a technology policy analyst at the Heritage Foundation, says some data profiles are so powerful they can indeed predict a female user’s pregnancy.

“A woman will go about her normal life, and then she will start getting advertisements for cribs, and the next day she takes a pregnancy test and she’s pregnant,” he said. An algorithm “is able to combine her location with her search history and with other non-Google app activity to conclude that this woman is likely pregnant.”

Tech companies like Google and SafeGraph this summer announced they would either erase or stop ­collecting location data that tracks Americans’ visits to abortion facilities. In 2016, pro-life groups used such data from SafeGraph to identify women who ­had visited Planned Parenthood centers and send them information on alternatives to abortion.

Meanwhile, law enforcement agencies have also begun using “cellphone dragnets” and “geofence warrants” to pursue criminal suspects. Combined, these developments are fueling fears around abortion. Will states pursue women across state lines? Will they prosecute women who receive abortifacient drugs in states where abortion is illegal? 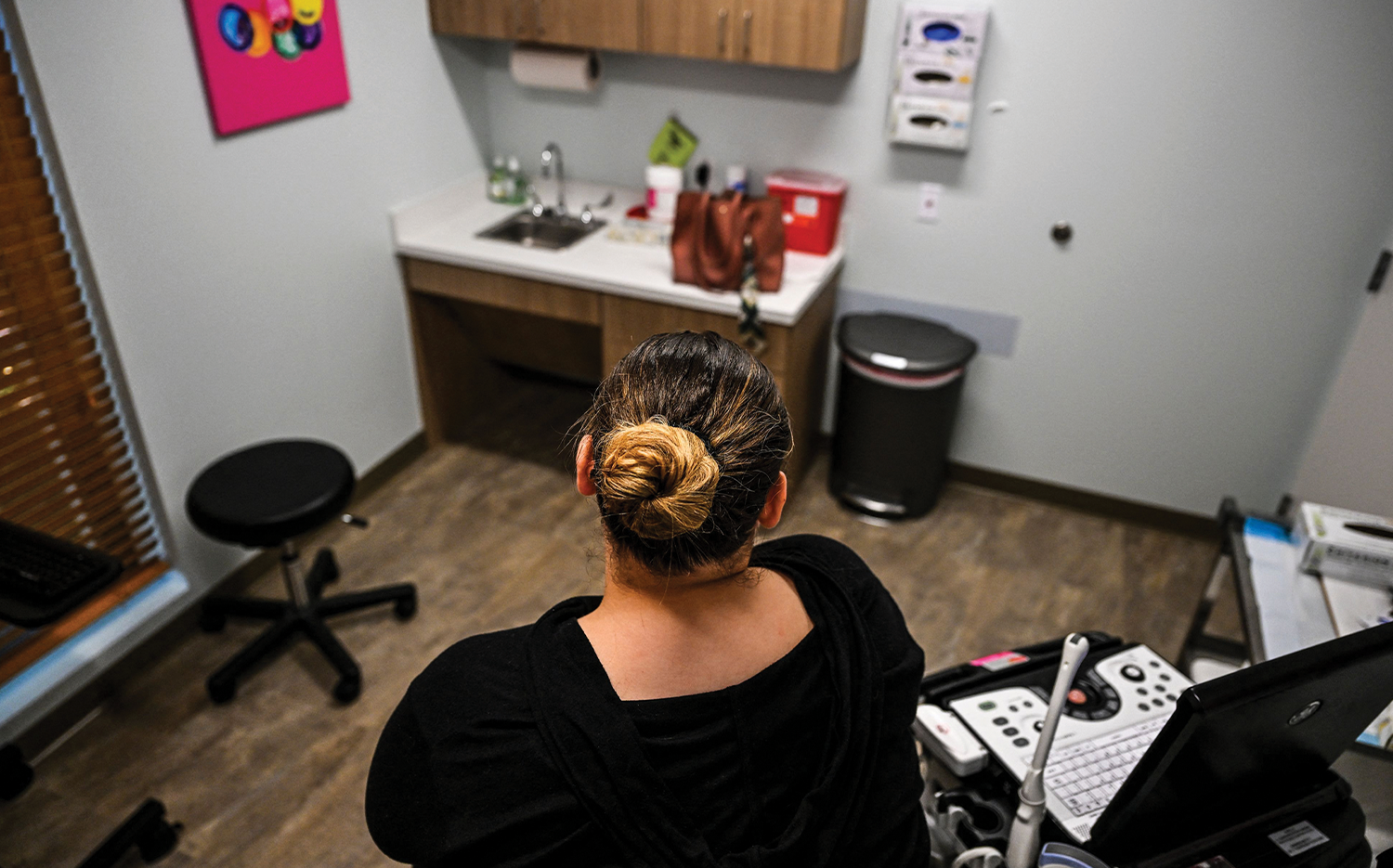 A woman waits to receive an abortion at a Planned Parenthood facility in West Palm Beach, Fla., in July. Chandan Khanna/AFP via Getty Images

So far, the FTC has shown no evidence that location tracking leads to women being harassed or prosecuted. And the mainstream pro-life movement has historically opposed attempts to harass or intimidate women visiting abortion centers, as well as laws that penalize mothers who abort.

In May, more than 70 pro-life groups wrote an open letter to all U.S. state legislators to reiterate opposition to laws penalizing moms, while lawmakers in Louisiana considered and ultimately rejected a bill that would have established criminal penalties for women who get abortions. Some state laws explicitly say the pregnant woman can’t be charged or convicted for her abortion. State law sometimes isn’t explicit, as in Michigan, but past court decisions there make it clear a woman who obtains an abortion cannot be charged. In June, South Dakota Gov. Kristi Noem announced she would never prosecute mothers in her state, where abortion is now banned, but may attempt to prosecute doctors who knowingly perform abortions there.

Rachel Morrison, a fellow at the Ethics and Public Policy Center, calls the FTC’s threat against Kochava an example of the Biden administration’s attempt to create a false crisis: “They are trying to use the force and weight of the federal government to coerce policy positions that have not been enacted into law, and don’t have the legal backing or support of the American people.”