In the latest sign of trouble brewing within Azusa Pacific University (APU), two members of the Board of Trustees have recently resigned, citing “obvious violations of evangelical orthodoxy.”

Raleigh Washington, pastor and leader of Promise Keepers, a men’s evangelical group, and Dave Dias, a business insurance executive in Sacramento, handed their resignation letters to the board on Nov. 28. Washington has served 15 years and Dias 14 years as board members at APU, an interdenominational evangelical university in Azusa, Calif., and one of the largest member schools in the Council of Christian Colleges and Universities.

In his letter, Washington wrote that he has “observed, evaluated, challenged and exposed practices by APU operational leadership that fostered teaching and behavior that was not only in opposition to APU’s written policies and statement of faith, but also were very much in violation of the Word of God.” Dias wrote in his letter, “I am not leaving APU; APU has left me.” Both men said they would consider returning to the APU board if it makes “immediate decisive corrective action.” 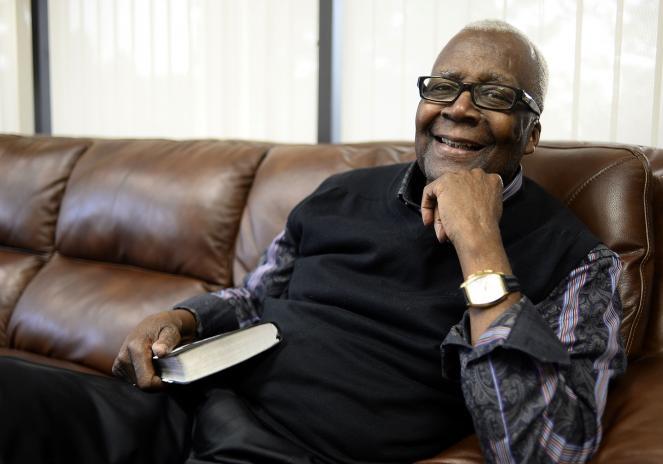 Like many other conservative Christian colleges across the nation, APU faces cultural pressures. Some of its own students, faculty, and staffers are “coming out” as LGBTQ or pushing the narrative of tolerance. These cultural trends are entangled with legal and financial implications as debates continue over anti-discrimination laws: Those could strip government funding from Christian schools that uphold Biblical definitions of sex and gender. For a school that’s already facing a deficit of $10 million and had to make major budget cuts, APU would suffer immensely if it were to lose federal and state funds.

So far, APU seems to be trying to make everyone happy by keeping its reputation as a Christian institution while also meeting cultural pressures. This September, after a long dialogue with LGBT students, APU administrators removed a section from the school’s student conduct policy that specifically banned homosexual relationships on campus, while maintaining the school’s statement that a marriage covenant is between a man and a woman. Essentially, the school administrators OK’d romantic same-sex relationships as long as they don’t involve sex or marriage—and they did it without consulting faculty members or notifying the Board of Trustees. 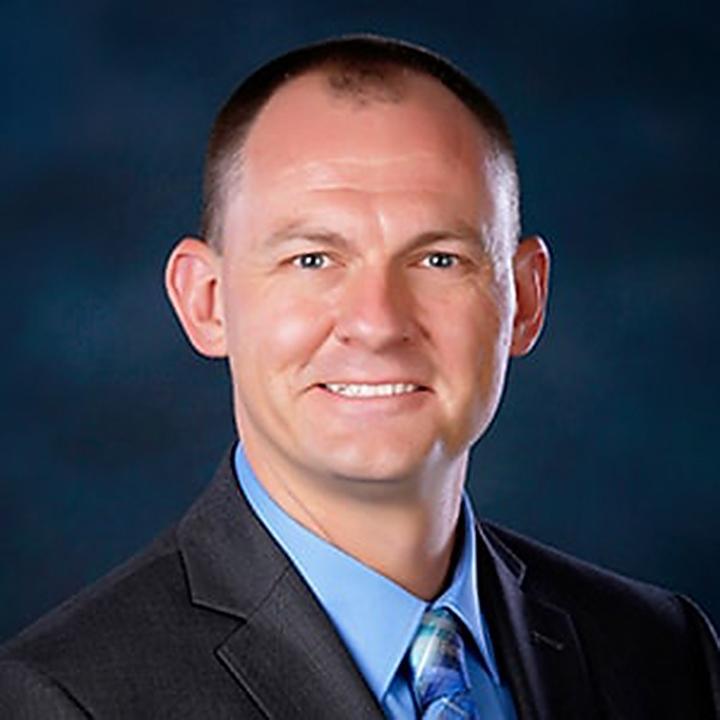 When word got out, Associate Dean of Students Bill Fiala insisted that APU’s “spirit is still a conservative, evangelical perspective on human sexuality.” Many LGBT-affirming students cheered, but conservative donors and media were alarmed. Southern Baptist Theological Seminary President Albert Mohler called it a “complete reversal and repudiation of the historic Christian understanding of what romance is to be as defined by Scripture.”

Eventually, APU’s attempt to appease both LGBT advocacy groups and its more conservative base backfired, resulting in a humiliating public debacle that angered both sides. Barely a week after APU lifted the ban on same-sex relationships, the Board of Trustees returned the student conduct policy to its original language. The board then released a statement saying it had never approved the changes, and pledged to “boldly uphold biblical values and not waver in our Christ-centered mission.” Pro-LGBT groups expressed heartbreak and a sense of betrayal, while conservative Christians wondered how far APU had already strayed from its Biblical foundation. 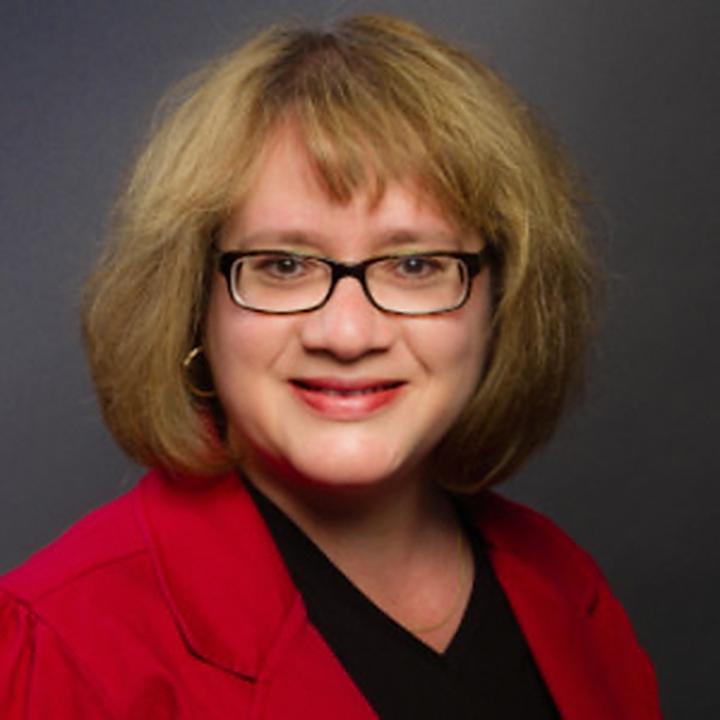 People voicing concerns about APU’s future—such as Washington and Dias—tell me the LGBT issue is just one branch of a deeper root problem. One Honors College associate professor, Barbara Harrington, wrote a letter to the board saying APU is losing the very essence that set it apart from all other universities for 118 years: its commitment to “God First.” Without that “God First” essence—and some quick, decisive changes from leadership—APU “becomes a university indistinguishable from so many others who are sinking in the ‘messy middle’ of post-modern confusion,” Harrington wrote.

So far, although the board has promised to “enact measures” to keep APU on track, it hasn’t yet followed up with much action. It reversed the student policy change, but hasn’t dealt any consequences to the administrators involved. It has not held President Jon Wallace accountable for the school’s multimillion-dollar deficit, or for hiring theologically liberal professors.

Washington began worrying over APU’s gradual “mission drift” about six years ago, when he noticed that APU had been hiring theology professors and staff members who may not uphold orthodox beliefs. About half of the professors at APU’s theological department received their theology degrees from liberal institutions such as Princeton Theological Seminary, Claremont Graduate University, and Union Theological Seminary.

In 2013 Heather Clements, a theology professor who had taught at APU for 15 years, decided to become the “T” in LGBT and began calling herself H. Adam Ackley. Clements had been chair of APU’s theology department for five years when she said she would transition from “being a mentally ill woman to being a sane, transgendered man.”

Under pressure, Clements left APU but told Religion News Service at the time, “I did not get a sense directly from the individuals with whom I was speaking that they had a theological problem with transgender identity.” Clements did, though, “get the message that it has to do with their concern that other people, such as donors, parents and churches connected to the university will have problems not understanding transgender identity.”

In March 2018, APU Title IX coordinator Christine Guzman told NPR, “Sex has to do with identity and your gender and with who you are. So if there’s a student who is feeling discriminated against because of their gender, then, yes, absolutely, I’m going to apply that law.” Therein lies the problem. Dias said APU leaders say the right things to their core base—mostly conservative evangelicals—but unofficially on campus, their practices follow popular cultural trends that don’t align with Scripture: “It’s been a continuing slide down the slippery slope of compromise and mediocrity. There are not the sort of leadership changes that are necessary for APU to have long-term viability in its core mission.”

Harrington, the Honors College professor, sees the effects of that slippery slope in her own classroom. Her students write papers stating they don’t know what Jesus might have actually said because the writers of the New Testament had an agenda. One student majoring in global studies proclaimed in class that the New Testament is all about freedom from social oppression. Another stated the words “masculine” and “feminine” have no meaning. When Harrington asked for evidence backing her claim, the student replied forcefully, “The whole world knows it!”

Soon after APU lifted the ban on same-sex romance, Harrington wrote a letter to the Board of Trustees expressing her concerns. “More and more,” she wrote, “it seems clear that various spirits of the age are being raised up at APU, such that the God of traditional Biblical understanding, and what He asks of us, is being redefined.” She provided an anecdote of a student who changed from loving her faith to becoming a self-declared “queer womynist.” Harrington blamed leadership failures: “We cannot expect to form our students to be ‘difference makers’ if we, as staff, faculty and administrators, are afraid to stand up and acknowledge what our faith teaches.” She then called for the board to fire President Wallace, who is currently on medical leave.

“We cannot expect to form our students to be ‘difference makers’ if we, as staff, faculty and administrators, are afraid to stand up and acknowledge what our faith teaches.” — Barbara Harrington

When someone leaked Harrington’s letter, LGBT-sympathetic groups at APU erupted with rage. The Student Government Association passed a resolution demanding a written apology for her identifiable depiction of the “queer womynist” in her letter. Students wrote protest messages outside her office. Harrington says she received letters of condemnation and gained a reputation of being anti-gay. Because APU doesn’t use the tenure system, she might lose her job after her three-year contract is up. Yet Harrington says she has also received as many letters of support from professors and students who thanked her for speaking up but were themselves unwilling to do so, fearing retribution and ostracism—after all, they all witnessed what happened to Harrington.

Harrington told me she never intended her letter to become public, but said she’s glad “the lid is now off” and APU can no longer pretend to be an orthodox Christian school while trying to maintain its enrollment and donor dollars: “Now the university has to choose what it wants to be. ... I just want it to be honest.”

Washington told me several board members had privately agreed with his assessment that APU has drifted theologically. But soon after he and Dias resigned, board chair David Poole emailed the APU community to “respectfully disagree with their assertion that the board is not committed to APU’s Christian foundation and focus.” Poole concluded by assuring the community that APU’s “best days lie ahead.”

The article about APU is a study in contrasts with the open letter from Pastor Wang Yi.