Earnest brown eyes peered over a white face mask. They surveyed the people gathered on Saturday in the overgrown grassy field in south Minneapolis, a couple of blocks from where George Floyd died Monday. The eyes’ owner, W. Seth Martin, pushed the mask to his forehead and began to preach.

After days of fiery riots that spread across the United States, several downtown Minneapolis churches and their diverse congregations gathered in Phelps Park Field to pray for forgiveness and healing. Demonstrations began in Minneapolis after Floyd, 46, died while in police custody.

At the church gathering, Gospel and Christian rap music blared. Many in the crowd of several hundred shouted “Amen” throughout the hourlong time of lament and prayer. A curious onlooker in lime green sneakers stood at the top of the hill behind a chain-link baseball backstop. His hands in his pockets, he strained to hear what was going on, then turned and walked off. A 7-year-old boy dug in the dirt with his sandal, bending over to scoop up a handful while his mom listened to the speakers. 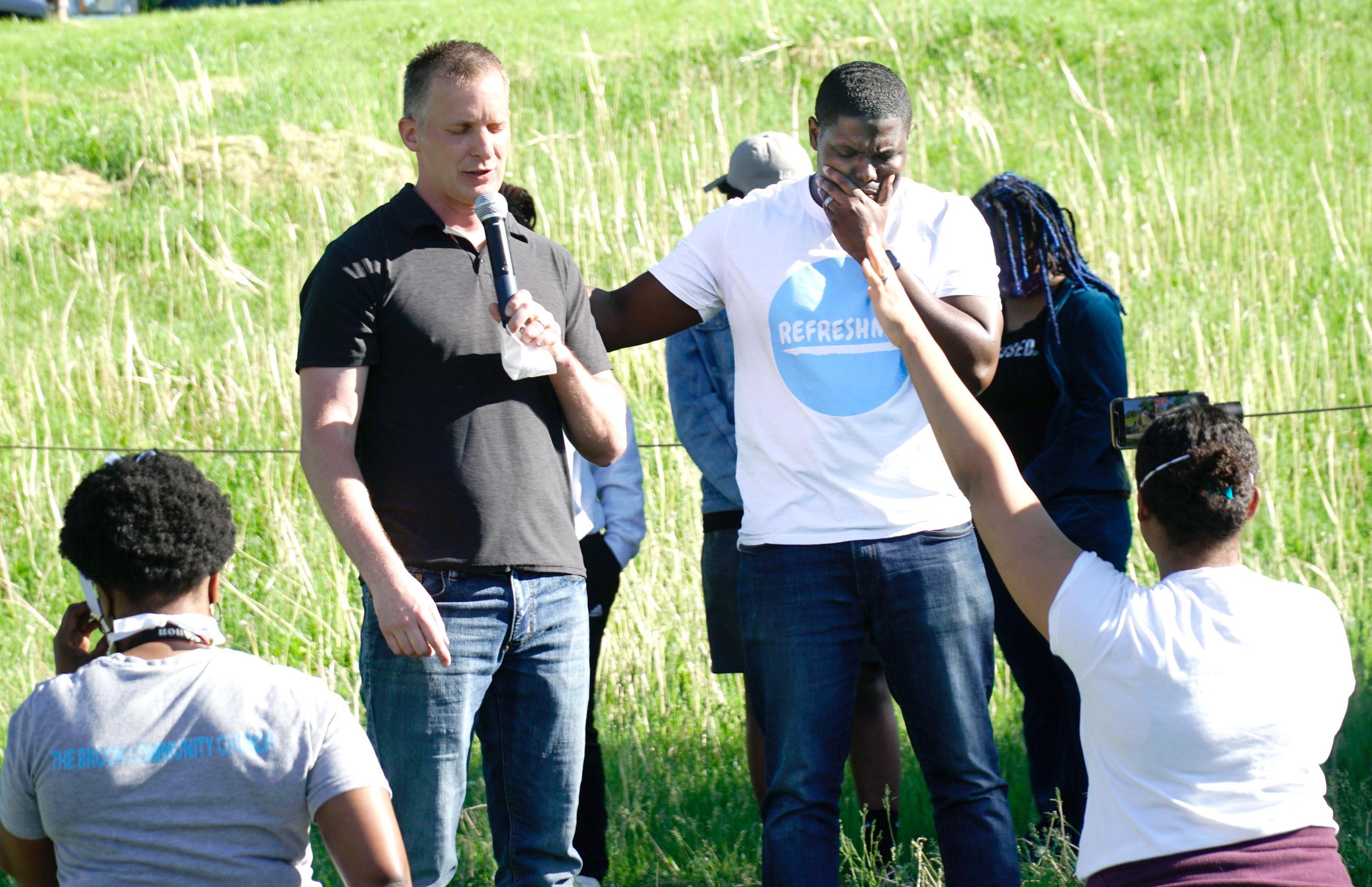 At least four churches participated in what many in the Twin Cities hope is the beginning of restoration there and around the country. Martin, pastor at The Brook Community Church in Brooklyn Park, just north of Minneapolis, gave a brief, strong message: Repentance starts with the Church, and God’s people must be bold in reaching out to others. He led the crowd in personal confession of prejudice and racism.

Sam Choi, pastor at Minneapolis’ All Peoples Church, exuberantly cited Revelation 7, reminding listeners that people from every nation, tribe, and tongue will praise God in heaven.

A mask-clad John Piper, former pastor of Bethlehem Baptist Church, stood among the crowd listening quietly. His wife sat nearby. They’ve lived in downtown Minneapolis for 44 years. Bethlehem’s current pastor, Jason Meyer, prayed: “You will build your church as You tear down racism,” and invoked God to help the church love each other as family, not simply tolerate each other as different. Meyer gave the final prayer, calling upon God to heal and for His people to respond rightly by living the truth of the Gospel.

While the diverse crowd of single people, couples, and small families listened and prayed, the streets lining the small square park streamed with citizens of different races. Many carried brooms and shovels, heading to the debris-filled streets of the previous nights’ destructive riots. Meyer had been there earlier, joining in a massive clean-up. He exhorted the Church to help: “Stand up and speak up.”

WORLD has updated this story to correctly attribute a quote from Jason Meyer.