Northwest Region winner Hope Pregnancy Ministries: A Montana pregnancy ministry walks with women and their babies from conception to birth—and beyond

KALISPELL, Mont.—A 19-year-old girl with a nose ring and hair pulled tight into a ponytail walks into a waiting room, carrying a car seat. A gaggle of women swarms her. She lifts a blue-eyed, fair-haired baby out of the car seat, and the oohs and aahs turn into laughter.

“Sorry we bombarded you,” one nurse says. “You saved her life,” the young mother replies, looking down at her baby. “So I owe it to you guys.”

A year ago, Connor Delaney and her boyfriend found out she was pregnant. Scared and confused, her boyfriend pushed Delaney to have an abortion. Delaney, feeling pressure, agreed. Then her father suggested she visit Hope Pregnancy Ministries’ medical clinic in Kalispell, Mont., before making any decision.

At the clinic, the staff asked Delaney how she felt about being pregnant. She said she wanted to have the baby but was feeling pressured to have an abortion. Days later, when a staffer learned Delaney had scheduled an abortion, she suggested the young woman come in for an ultrasound. So Delaney did, yet she still left for Washington state to have the abortion. There she entered the abortion business and saw the drained faces of girls leaving it. Delaney turned around and left.

Now, a year later, she bounces 4-month-old Era on her knee. She credits Clear Choice Clinic, a branch of Hope Pregnancy Ministries, with helping her summon the courage to carry her daughter to term: “I felt more comfortable being in my predicament here than anywhere else because … they let you talk to them about how you really feel.” 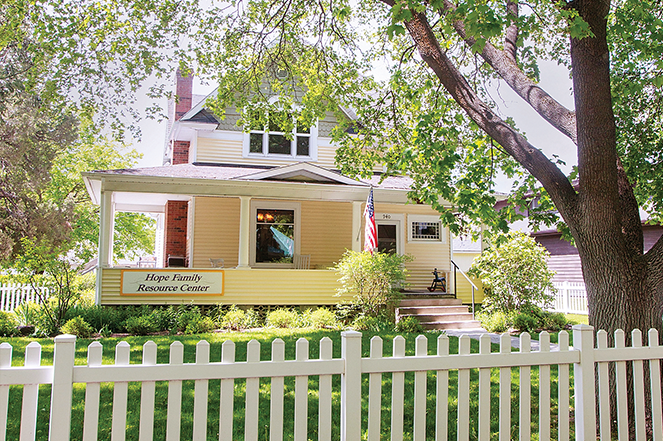 Delaney has told other friends with unplanned pregnancies to come to Clear Choice. They’ve all decided to continue their pregnancies. That’s what Pastor Daniel Lambert and a few women in his church, equipped only with a case of pregnancy tests and a cell phone, hoped for when they launched Hope Pregnancy Ministries 20 years ago.

Hope now operates two branches: Clear Choice Clinic and Hope Family Resource Center. Both are in Kalispell, a city of 22,000 near Glacier National Park that is home to blue-collar coal miners and loggers, transient young people who work during the tourist season, and a growing population of wealthy West Coasters moving to the mountains.

Walk into Clear Choice Clinic and you’re ushered into a lobby that looks like a comfortable living room with wide cushy chairs and a couch. Sunlight streams through tall windows. That comfortable feel extends throughout the facility: When a woman arrives for her free appointment, she’s escorted into a cozy consultation room with two wide floral chairs, rather than into an exam room.

During the hourlong appointment a staff member talks a woman through each of her options—parenting, adoption, and abortion. The clinic wants women with unplanned pregnancies to reclaim the word “choice” from a culture that often says there is only one option when facing an unplanned pregnancy. The calligraphic art at the clinic entrance underscores the message: “Knowledge is Power.”

Clear Choice doesn’t stock Bibles in the waiting rooms, display Bible verses on the walls in client areas, or play Christian music through the speakers. Executive Director Michelle Reimer doesn’t want to alienate non-Christians, and the surveys clients fill out later typically include phrases like “respectful of my views” and “I feel like I have options.”

Much of the counseling is like what other pro-life counseling centers provide. The clinic offers ultrasounds to women who are six weeks pregnant, which makes them Medicaid eligible. It provides paperwork on the spot. If she wants, a woman can receive follow-up texts, further consultations, or an adoption agency referral.

BUT CLEAR CHOICE IS DIFFERENT from some other pro-life centers in four ways. First, if a woman asks where she can get an abortion, staff members don’t pretend not to know: They honestly say the nearest abortion business is an hour away. Clear Choice does not give information beyond that. “All she has to do is go to her cell phone and google ‘abortion Montana,’” Reimer says. “If she feels [misled], we may lose credibility in other areas.”

Second, when Clear Choice realized its vulnerability, it pursued medical accreditation from the Accreditation Association for Ambulatory Health Care (AAAHC), a nonprofit leader in developing standards that promote patient safety. To achieve accreditation Clear Choice had to meet 550 procedural and safety standards, more than most abortion clinics and outpatient clinics meet. 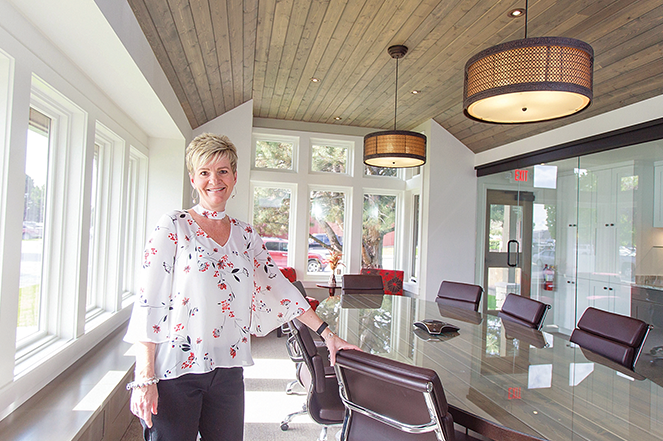 Clear Choice became the first pregnancy medical center in the state to become AAAHC accredited. That has pushed other Montana pro-life clinics to do the same: Two others have gained accreditation, and several more are in the process. Reimer believes accreditation shows that faith-based clinics are providing good care and protects them from malpractice lawsuits: “Part of what we do with accreditation is take away ammunition from our opponents.”

Third, Clear Choice partners with Montana State University, which sends nursing students to the clinic to fulfill clinical hours there. While not all students become pro-life, they do leave with a different picture of what pro-life clinics are like. Clear Choice also partners with not only Christian schools but public schools by providing two-day seminars about healthy decision-making and abstinence.

Fourth, since 2013 Clear Choice has offered inexpensive STI (sexually transmitted infection) testing to both men and women, giving them an opportunity to hear a Biblical sexual ethic. Its patient numbers have doubled. In 2016, Clear Choice saw 714 patients, and more than half of those were STI patients. Since then 10 pro-life clinics have come to Clear Choice for free workshops on how to implement STI testing.

By the numbers, Clear Choice’s approach of empowering with information overwhelmingly leads women to choose life. Of 222 women with positive pregnancy tests, 182 of them chose to carry to full term—and 25 of those came abortion-minded and said they chose to have their babies as a direct result of their experience at Clear Choice.

HOPE FAMILY RESOURCE CENTER is the other branch of Hope Pregnancy Ministries. It’s located in a yellow Victorian house about 10 minutes from Clear Choice Clinic. It’s the social services half of the ministry, offering post-abortion counseling, parenting classes, and mentoring from the time a woman becomes pregnant until her child is 2 years old.

Approximately 50 individuals come to the Hope Family Resource Center each month. In exchange for attending classes or going to prenatal appointments and pediatric checkups, parents earn mommy and daddy dollars to spend in the center’s baby store. The first floor is stocked with gently used children’s clothes, diapers, formula, car seats, cribs, and anything else parents might need. The center goes through over 30,000 diapers a year.

Michelle Reimer said: “A lot of our critics in this industry would say all you care about is that baby being born and once that kid’s born you’re done with them. Instead we say, Let us walk alongside you.”

Upstairs in one of the meeting rooms, Layce Gean Ehlers, 16, and boyfriend Gabriel Avon Dreesman, also 16, meet with their mentor. Layce is eight months pregnant. She considered having an abortion until she realized she had sufficient support from family and the Hope Family Resource Center. Layce and Gabriel meet with their mentor once a week. They watch videos about prenatal development and review parenting curriculum homework. Their mentor prays for them. Gabriel said they want to keep meeting with their mentor after the baby is born: “I love that she prays for us. She’s just very helpful and supportive.” 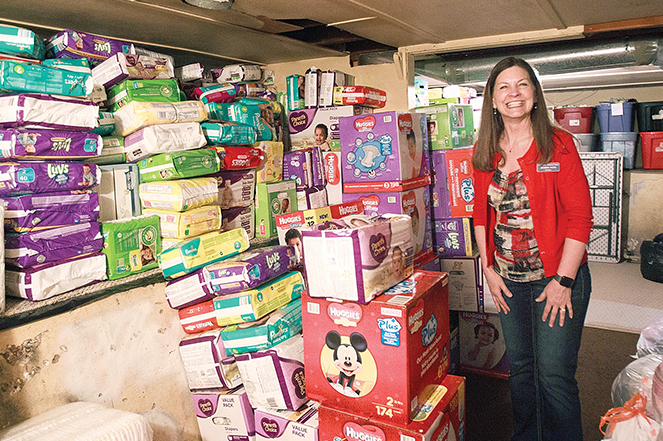 Hope Family Resource Center has also formed a partnership with the neonatal intensive care unit (NICU) at the Kalispell Regional Medical Center. Hope Family staffers hold a parenting class at the hospital every other Thursday evening for two to 10 parents who have babies in the NICU. Almost 1 in 3 babies in this NICU is going through opioid withdrawal since their mothers used drugs while they were pregnant. Many of these parents don’t know how to care for their babies while they are in the NICU. The classes teach the importance of skin-to-skin contact and eye contact to a developing baby.

Next in this series on the 2017 Hope Awards: Northeast Region winner New Life Home