Why do some men seem alienated from Christianity?

Also in this issue, Mary Jackson reviews four books about women, so here are some highlights from a book about men by Leon Podles, a retired federal investigator with a doctorate and six children. His Losing the Good Portion: Why Men Are Alienated From Christianity (St. Augustine’s Press, 2019) investigates why men are less likely to attend church and listen to sermons than women—not just in 21st-­century America but in many cultures at many times.

For example, in rural Quebec during the 18th century men often came for the first part of church but walked out as the sermon began. In 19th-century America, as many churches forbade sports on Sunday, men pushed back by avoiding church. In the Southern United States in 1853, one woman complained: “The male members are noted for their regular naps, and after sleeping through the sermon, come kneel and pray as if they had heard it all.”

Delving deeper, Podles notes the hard question some men asked in ancient Rome: How could a man shamefully executed be a hero, let alone God? One upsetting aspect: Romans were used to flattering the powerful and flattening the weak, but Jesus lambasted the leaders and spoke kindly to the unloved and the unhealthy. In medieval times, some went the other way: Why did Jesus sometimes show anger? (Thomas Aquinas explained: “The praiseworthy man is one who is angry about the right things, at the right time, and in due moderation, since he is angry as he should be, when he should be, and as long as he should be.”)

Part of the problem was the depiction of Christ. In the 19th century, Herman Melville complained about “the soft, curled, hermaphroditical Italian pictures,” and explorer Richard Burton described the typical French portrait of Jesus as “curiously androgynous, with his wispy beard, doe-like eyes, and delicate, soft-limbed body.” In the 20th century popular author Bruce Barton complained that “painters have made Him soft-faced, and effeminate.” Podles summarizes the subliminal message: “Only if men become like women can they become Christian.”

Christianity doesn’t have to be perceived that way. Podles says the Protestant Reformation for a time “led to a Christianity that was far more masculine than medieval Catholicism had been.” Martin Luther emphasized the way “Christ and Satan wage a cosmic war for mastery over Church and world. … The Devil is the omnipresent threat, and exactly for this reason the faithful need the proper weapons for survival.” War, mastery, threat, weapons: lots of guy stuff.

Podles shows how anti-Catholicism steadily grew in Spain, as priestly vows of celibacy appeared to cloak pederasty, and men often viewed churches as places for women and homosexuals. When the Spanish Civil War began in 1936, leftist shooters (almost always men) murdered 283 nuns but 6,549 priests and male church officials. Not many American males have shot up churches, but in categories such as church attendance, belief in God, Bible-reading, and others, polls show women 10 percentage points higher than men. 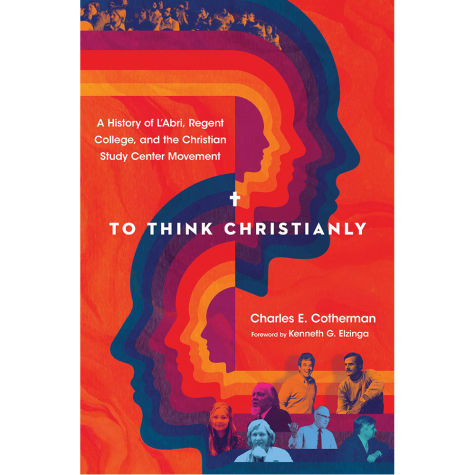 And Yet, Undaunted: Embraced by the Goodness of God in the Chaos of Life by Paula Rinehart and ­Connally Gilliam (NavPress, 2019) acknowledges that life in Christ is harder than ­sometimes advertised. We don’t live happily ever after. The authors walk the reader through their own shattered expectations with rare ­candor. The best lessons are often learned in suffering. They review how our identity and significance come in Christ, not in promotions, marriage, children, or titles. —Russ Pulliam