The Omnibus by Roland Chadwick & the Modern Guitar Trio: The ensemble’s name implies four classical guitarists, but the cover—accurately—shows three. And they’re enough. Although Roland Chadwick composed all 19 pieces himself, he, Vincent Lindsey-Clark, and Roland Gallery interact with a riveting sensitivity to their melodies, to each other, and to the slyer implications of the titles. “Stumbler’s Waltz” suggests even people with two left feet might have a future on the dance floor. “Waltzing Waitress” holds out similar hope for working-class women living from one tip to the next. In an ironic twist, “Rush Hour” unpacks the melody of that quintessential Shaker paean to life in the slow lane, “Simple Gifts.”

I’m So Happy by Happy Makky Sax Quartet: Recorded eight years ago but either just released or just released digitally (information, to put it mildly, is scant), this 63-minute program by the Japanese saxophonists Kimie Ishioka, Maki Kasai, Kyoto Kitajima, and Ryo Asako Kito leads with an arrangement of Jérôme Naulais’ five-movement Toquades then proceeds to wind its way through works by Mari Miura (the four-movement Teatime Album) and other Japanese composers before arriving at “Moon River,” “Je Ne Pourrai Jamais Vivre Sans Toi” (aka “I Will Wait for You” from The Umbrellas of Cherbourg), and a title piece that succinctly summarizes much that has gone before. The playing, even at its perkiest, is decorous. At no point is it decorous to a fault.

Charles Ives: Complete Symphonies Los Angeles Philharmonic, Gustavo Dudamel: Charles Ives remains one of the more under-recorded major American composers, and three of his four finished symphonies were so far ahead of their time that they’ve only recently begun sounding contemporary. But these recordings stand out. Chronological sequencing and stellar musicianship make identifying Ives’ development a pleasure. While he’s known for forging a uniquely American music made from tension-building inner conflicts and the motivic use of hymns and popular songs, he also produced wonderful European effects. His Symphony No. 1, which has both feet in the 19th century, speaks volumes about knowing the past before trying to shape the future.

Airlines by Alexandre Desplat, Emmanuel Pahud, Orchestre National de France: It’s not necessarily saying much these days to point out that a soundtrack is better than its film. But Alexandre Desplat, who rewrote some of these pieces to help them live as vibrantly off the screen as on, is one film composer whose musical imagination seems to thrive in any context and no matter what its source of inspiration. As this album’s hauntingly lovely suite from The Shape of Water demonstrates, he can make the musical equivalent of a silk purse from the cinematic equivalent of a sow’s ear. And Emmanuel Pahud, the preeminent flautist of our time, sustains the illusion of seamlessness, whether illuminating or being illuminated by the orchestra. 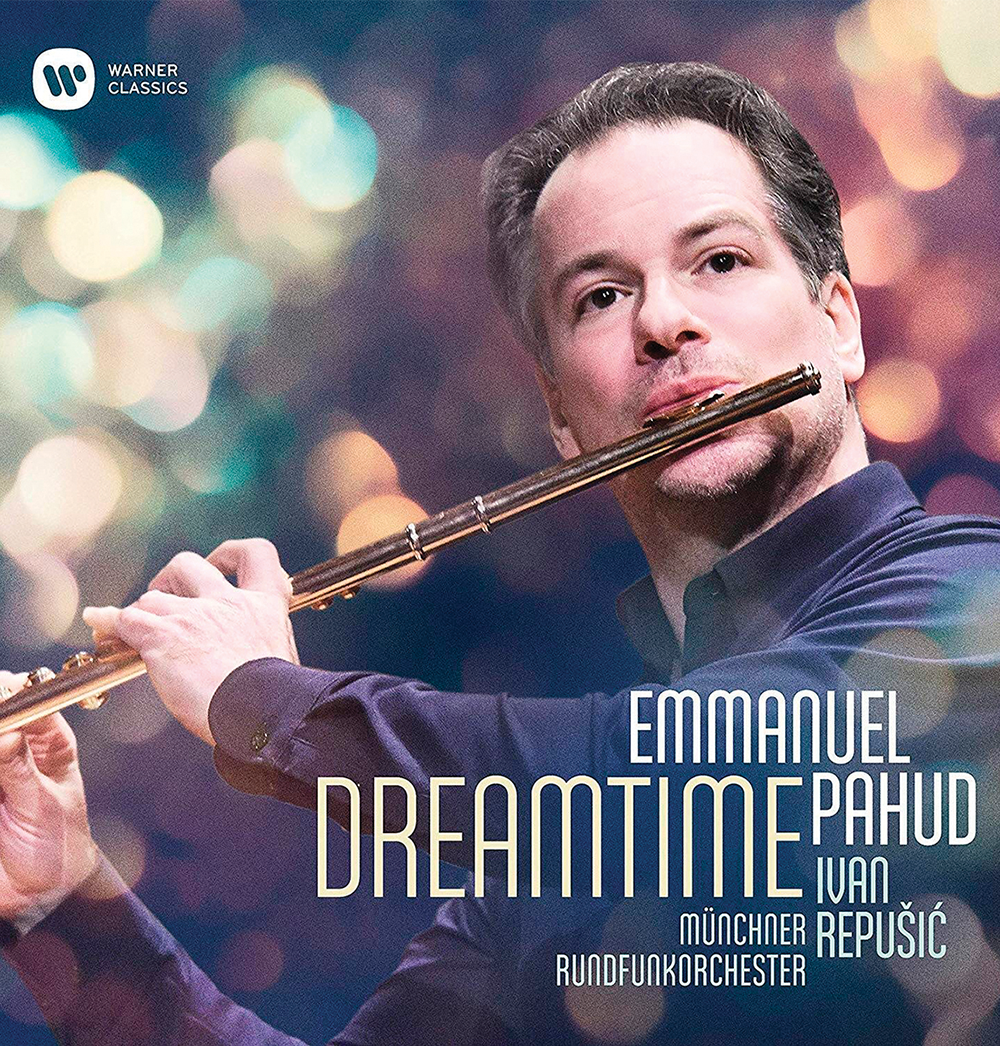 If Airlines shows what Emmanuel Pahud can do with the works of a gifted contemporary soundtrack composer, his 2019 album with the Münchner Rundfunkorchester, Dreamtime (Warner Classics), finds him equally at ease with the very different demands of Mozart, Carl Reinecke, Ferrucio Busoni, Toru Takemitsu, and Krzysztof Penderecki. Those demands—subjugated to a theme of dreams—require a dauntingly wide emotional and technical range.

In Penderecki’s Concerto for Flute and Chamber Orchestra, the flute darts hither and yon as if trying to escape, and occasionally to combat, myriad varieties of encroaching orchestral menace. In Takemitsu’s “I Hear the Water Dreaming,” a quiet but determined turbulence struggles upward toward placid surfaces. In bookending the program, the pieces, composed in 1992 and 1987 respectively, cast the intervening (and considerably older) compositions into curiously contemporary relief. —A.O.

—WORLD has updated this page to note that Roland Chadwick is the sole composer of the songs on The Omnibus.