Marvel’s Dark Knight of the soul

Marvel Studios has turned their most recognizable superheroes into established franchises—for example, the Avengers—or licensed them to other studios—as they did with Spider-Man. But audiences need fresh content, so Marvel has tapped some lesser-known characters, which explains how the decidedly second-tier Moon Knight got his own series.

Fans have fewer expectations of these second-tier characters, allowing studios to take their stories in interesting new directions. In the comics, Moon Knight is like Marvel’s version of Batman—a dark dispenser of justice. He’s also a Jewish crimefighter who uses powers gifted to him by the Egyptian god of the moon. Moon Knight, the six-part series streaming on Disney+, sticks with that complicated identity but wraps the story in a package that will appeal to viewers who are looking for something different from the typical superhero action.

Oscar Isaac plays Steven Grant, a mild-mannered gift shop attendant working at a London museum. Steven loves Egyptian history, but he isn’t particularly good at his job. His troubles at work are the least of his problems. At night he chains himself to his bed because he never knows where he’ll wake up. Steven also loses track of time, and many things in his life don’t make sense. He finds a cell phone in his apartment. It’s not his, but when it rings, the person on the other end of the line keeps calling him Marc. 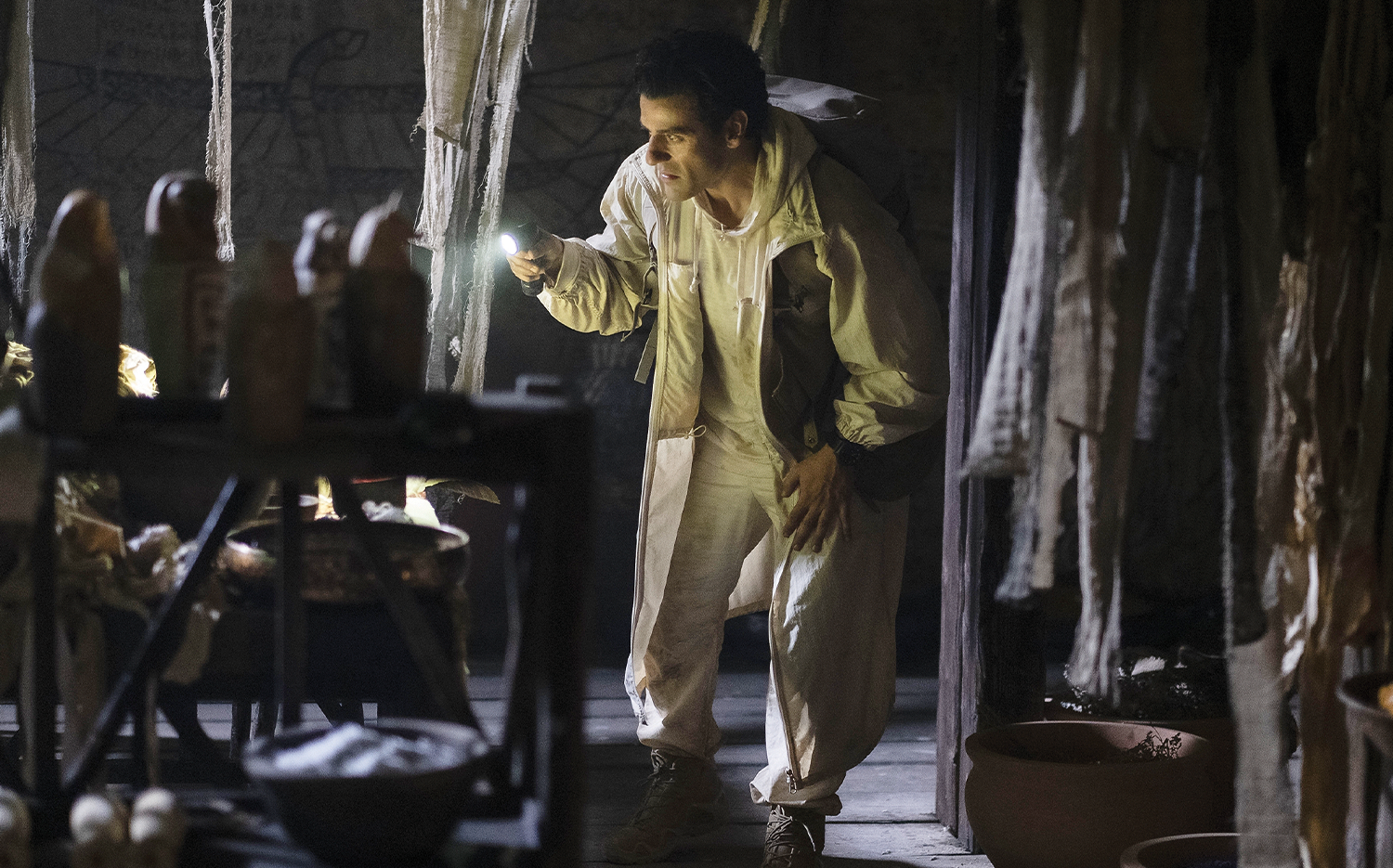 Who’s Marc? It turns out Steven’s not the only person using his body. He suffers from dissociative identity disorder—he has a split personality. That other personality, named Marc, is everything Steven isn’t. Steven’s a bit naïve. He’s kind and clumsy and can’t seem to find his place in the world. Marc’s a no-nonsense man of action who’s on a mission given to him by the Egyptian god Khonshu.

Steven’s just trying to get to work on time, but Marc and Khonshu are trying to save the world from a villain played by Ethan Hawke who follows a different Egyptian god. That god, Ammit, wants to punish people before they’ve had the opportunity to perform their evil acts, raising a Minority Report–like ethical dilemma.

Moon Knight isn’t for young kids. It contains a few instances of PG-13 language, a good bit of action, and some scary scenes. But Moon Knight has turned out to be one of the better Marvel series, mostly because it feels different. The show is supposedly set in the same universe as the Avengers, but viewers can enjoy it as a stand-alone series. There’s almost no mention of the rest of the Marvel Cinematic Universe.

The series strikes a different tone. It includes surprisingly little costumed-superhero action. Mostly we see Steven—or Marc—run around dusty tombs solving cryptic puzzles, which makes the show feel more like an archaeological adventure. The series feels akin to The Mummy or Tomb Raider—action with elements of supernatural suspense.

But the heart of the show is the Steven-Marc dichotomy and his struggle with mental health. Oscar Isaac is fantastic in both these roles. When one character sees his reflection, the other will often talk to him. Isaac is a talented physical actor—showing us which personality he’s playing with the expression on his face. F. Murray Abraham voices Khonshu—the other personality that plagues Steven, and he nails the performance. Watching these three personalities play off each other is compelling.

Along with all the action and psychological drama, the series explores the nature of justice and righting wrongs. The villain wants to punish people before they commit inevitable sins. Khonshu isn’t much better. He represents a cold, hard justice that seeks vengeance rather than restoration. Steven and Marc wrestle with grace, wondering whether what’s broken can be restored. The question isn’t academic; for the hero it’s deeply personal.