In the massive global scourge that is pornography, men are not the only addicts

Jessica Harris was 13 years old when her online research for a school project returned a handful of harmless science videos and one website that changed the course of her life: a link to hardcore pornography.

Harris was shocked, but curious.

“It was like watching a train wreck,” she says. “You know it’s bad, but you can’t look away.” The next time she went online, Harris knew how to find the site again, even though what she had seen was vile. “It was a war of emotions,” she says.

For the next few years, Harris tucked into hardcore pornography nearly every day, often for hours at a time. She says it became an escape, a way of coping with life, and that it made her feel wanted.

The high-school student with a 4.0 grade-point average kept up her bookwork—and stayed involved in her local church—despite losing sleep and becoming obsessed with her next opportunity to go online.

“I was making sure that I was the model student and the model Christian girl and the model daughter—whatever I needed to be to keep people from guessing something was wrong.”

Harris longed to stop. She says she’d wake up in the morning and think, “Not today.” But her resolve was short-lived. “My feet walked to it,” she says. “It was like the air I breathed. I had to have it.”

Estimates indicate pornography is a nearly $100 billion global industry. An estimated $10 billion to $12 billion comes from the United States.

That’s a crucial demographic churches sometimes miss. Harris notes that while pastors and church leaders have become more comfortable addressing the problem of pornography among men, they often fail to realize or mention that women struggle as well.

It’s a dynamic that can leave many women feeling isolated and unable to ask for help.

The internet makes pornography available on the small devices most U.S. adults and young people carry in their pockets.

Harris, 32, has found freedom from pornography and now helps others battling it. She says she sometimes tells pastors: “You’re fighting for your men, and that’s great. But you’re being flanked.” Women are languishing too.

In 1973, a U.S. Supreme Court ruling established a three-prong test to determine if certain material qualifies as obscenity—a category not protected by the U.S. Constitution. The test includes: Given community standards, does the material appeal to prurient interest? Does it depict sexual conduct in a patently offensive way? Does it lack artistic value?

Federal law makes it a crime to produce or transport obscene material for sale or distribution, including by means of computers.

But that doesn’t mean it isn’t harmful.

Still, Playboy magazine flourished and Hugh Hefner enjoyed fame, even as Meese’s department indicted several dozen defendants on obscenity charges during the late 1980s. By the early 1990s, interest in such prosecutions waned under President Bill Clinton, even as his own sexual sins took center stage.

Meanwhile, a major new development arose in the form of the World Wide Web. It would eventually make pornography available on the small devices most U.S. adults and young people would carry in their pockets.

Attorney General John Ashcroft vowed to enforce obscenity laws, but he had another massive and unexpected challenge to face: the 9/11 attacks. The next attorney general, Alberto Gonzales, established a task force on obscenity in 2005, but during President Barack Obama’s tenure, Attorney General Eric Holder disbanded the task force.

During his confirmation hearings last year, Attorney General Jeff Sessions said he would vigorously enforce obscenity laws, but it’s unclear how or when he might undertake enforcement efforts beyond dealing with the overwhelming problem of child pornography.

Sessions also faces an awkward dynamic: While President Donald Trump during his campaign signed a pledge primarily focused on combating child pornography, he also once appeared on the cover of Playboy. Trump has publicly described his past sexual exploits, and once treated contestants on his reality show The Apprentice to an evening at Hefner’s infamous Playboy Mansion.

The attorney told the newspaper that Trump strongly denied any sexual encounter took place with the actress known as Stormy Daniels. Representatives for the actress also denied the encounter, although In Touch magazine published a 2011 interview with Daniels in which she apparently described the incident. In January, the actress kicked off a dancing tour at a South Carolina strip club.

That could make fighting obscenity awkward for the GOP administration, but Patrick Trueman of the National Center on Sexual Exploitation thinks Trump won’t stand in the way if Sessions tries to enforce the law more broadly.

Trueman—who worked for Meese during the Reagan administration—says it’s important to underscore the harmful effects of pornography, including the damage it does to marriage and families, and how it fuels activities like sex trafficking.

He says leaving pornography unchecked has led to the desensitization that Meese warned about in the 1980s, and that the abuse women are describing in the #MeToo movement has its roots in “this pornographic culture that says I have permission to exploit you because I’m a male.”

Adam Savage, one of the hosts of the popular science show MythBusters, recently told a radio audience how he explained pornography to his twin sons: “The thing you have to understand, bud, is the internet hates women.”

Savage said he explained the dangers to his sons so they won’t perpetuate the problems: “I want him thinking, when he talks to women, ‘I’m one of the good ones.’” 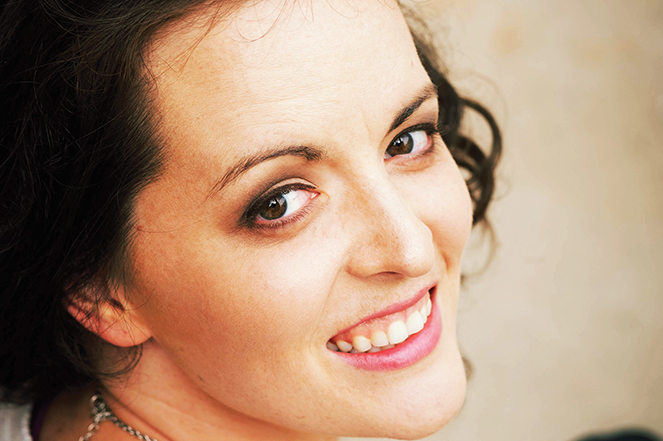 WHEN JESSICA HARRIS entered a Christian college after high school, she wasn’t meeting good guys online. Eventually, she met a man in an internet chat room and agreed to send him nude pictures when he asked.

She shudders at the degradation: “Pornography is the only struggle that you can become.” In her addiction to pornography, she allowed herself to become a pornographic image for someone else.

But when the reprimand came, it wasn’t what she expected: She says the officials chastised her for giving her password to “brothers in Christ.” Since women don’t struggle with this, they said, she must have let a male have access to her account.

Harris was devastated: “I thought: ‘If women don’t have this problem, then what in the world is wrong with me?’ I felt like such a freak.”

Harris felt deeply alone. She eventually left the school but entered another Bible college the next fall. There, the staff encouraged women to be open about their battles with sin. Harris finally admitted her secret. She was called to the dean’s office again.

This was a turning point: Harris realized she needed to accept Christ’s forgiveness and mercy and pursue Him in a context of Christian discipleship that would inform her whole life, not just one area.

Harris also advises parents and says there are many good tools they can use to monitor their children’s internet use. But the most important measure? “You have to be pursuing the heart of your child,” she says. “If you’re not, someone else will.”

For women or girls trying to leave behind pornography, Marnie C. Ferree of the Christian counseling organization Bethesda Workshops says it’s important for women to share their struggles with other women. Many need professional counseling, she says. All need relationships with people who can listen and help.

Dykas from Harvest USA says local churches need to be prepared to help women battling any sin, including sexual sin. Part of helping is being open about our own struggles and modeling what ongoing repentance and faith in Christ look like in the life of all believers.

Dykas says some churches fear such problems are beyond their ability to address. But while it’s helpful for pastors and women in ministry roles to learn about how to apply the gospel in these specific areas, Dykas says, “With a Biblical perspective on sin, growing in godliness, and overcoming sin patterns—you have what you need to walk with somebody.”

It all begins by listening to a woman’s story and identifying the deeper struggles motivating the outward behavior. For those still struggling, Dykas says she would want them to know:

“God is a God of hope, and these sin struggles don’t identify you, and they don’t have to enslave you for the rest of your life. Jesus is calling you to a faith-driven and costly obedience—but it’s worth it. It’s so worth it.”