Love in the Midst of Mayhem by Joe Ely: Ely has said that he recorded this album to avoid “going completely batty” once the coronavirus lockdown hit Texas. And he didn’t waste time, releasing the soft copy in mid-April. The songs, however, gestated slowly, comprising as they did lyrics long in search of melodies and vice versa. (He began writing “Soon All Your Sorrows Be Gone” in 1972.) Given such provenance, it’s not surprising that they’re among Ely’s most difficult to pigeonhole. “Folk” comes close, given the clear, bright mix and the prominence of acoustic guitar and accordion. But even that descriptor feels inadequate in light of songs that in some cases feel experimental enough for psychedelia, art rock, or (in the case of “Glare of Glory”) Alice Cooper.

Ephphatha! by Joel Henry Little: New Testament readers will recognize ephphatha as the word that Jesus cried out when He loosened a deaf man’s tongue on the Decapolis coasts. Pop musicologists will detect in the music and instrumentation a blend of cabaret and chamber pop tailored to the album’s organizing principle: a dialogue between two young women centering on (to quote the Bandcamp notes) “loneliness, unhealthy attachment, and deception.” Little’s voice, which splits the difference between Robin Gibb and Gilbert O’Sullivan, is androgynous enough to sell the exchange. And, ultimately, knowing which songs are Agnes’ and which songs are Sheila’s is the kind of small stuff that listeners needn’t sweat. As with any dialogue, you either see yourself in both halves or in neither.

Little Dreams by Marie Miller: Freed of the need to inhabit a specific niche along the country-pop spectrum (she went indie in 2018), Marie Miller pushes out into deep waters with a mandolin and an acoustic guitar for oars. And even though “Wayfaring Stranger” is centuries old and “Butterfly Collector” could be, there’s sympathy aplenty for contemporary pilgrims. She stares down a hurricane while a Christ figure sleeps through a storm (“Silently With Me”) and implores God to save her from what she only thinks that she needs (“More Than What I See”). Her profoundest discoveries, however, occur in the somewhat misleadingly titled “Don’t Look for God.” “Don’t Look for God Anywhere Else” would’ve been clearer—“Looking for God in All the Wrong Places” clearer still.

We Still Go to Rodeos by Whitney Rose: The title cut walks right back to the good old days, with sentiments and chord changes as sweet as lemonade on a hot summer’s day at the old-folks’ home. But as the album’s last selection, it’s clearly an afterthought. Everything that comes before it embodies a new direction in Rose’s previously country-only road map. “In a Rut” bursts out of the gates like the Stones’ “Hang Fire” while “Just Circumstance” sounds as if it were grown from a sliver of Lucinda Williams’ “Passionate Kisses.” There’s even power-pop. Mainly, though, there’s real-life drama, including but not limited to the romance-gone-bad scenario that plays out across “Home With You” and “Believe Me, Angela” and that climaxes with the keying of a car. 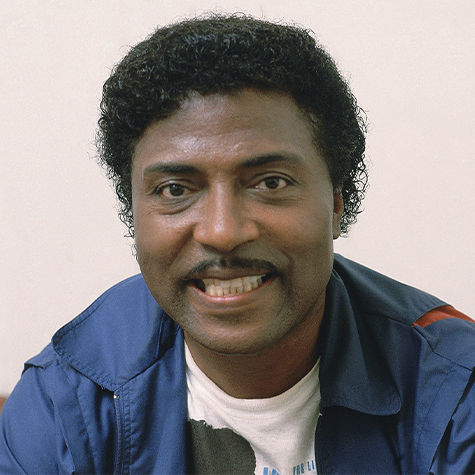 With the death of Little Richard, the piano-pounding shouter whom many consider the Big Bang of rock ’n’ roll, the world lost not only a larger-than-life entertainer but also an outspoken Christian. He vacillated between the fleshpots of show business and the holiness of the Church (Seventh-Day Adventist in his case), but he spent more time pursuing and proclaiming the latter than his obituaries suggest.

Two years after promising his dying mother in 1984 that he’d always remain a Christian, Little Richard recorded the album Lifetime Friend. It was an all-gospel affair, eight of whose 10 tracks found him channeling the energy of his ’50s hits through ’80s big-bam-boom production in the service of his Lord and Savior. (The two mellow cuts, “One Ray of Sunshine” and “Somebody’s Comin’,” were no less evangelical.) And his concerts, while remaining part rock ’n’ roll, morphed into revivals. The verdict on their effectiveness is still out. There’s no doubt, however, that his mother would’ve been proud.