How can such a wealthy and technologically advanced nation feel so empty?

I recently went on a 16-day trip to Japan, partly for vacation, partly for work. I did all the touristy things—zipping through Tokyo on a six-hour bike tour, trekking “Hacksaw Ridge” in Okinawa, gawking at the A-Bomb Dome in Hiroshima, and visiting the Golden Pavilion in Kyoto—but for the last six days, I stayed at a tiny studio in the outskirts of Tokyo and basically lived like a local.

Every morning I ran by the Ebi River, where I passed the same fat cats and elderly couples taking their daily strolls. I stopped by the same supermarket and food stalls every evening, where I picked up overpriced produce and discounted sushi. I walked to the same subway station for my daily commute, weaving through housewives in designer coats, men in tailored black suits, and students in navy pleated skirts. I was surrounded by people all day, crushed between armpits in subways and smushed in crowded yakitori bars—and yet, I felt a strange loneliness each day.

Someone at my church asked me if Japan is worth visiting. I said yes—it’s a beautiful country of mountains and volcanoes and islands, a distinguished civilization with thousands of years of history and culture. It has punctual-to-the-second bullet trains with heated seats, manicured public green spaces, and an unquenchable food scene where every dish is a work of art. Its people speak the world’s prettiest language and are mostly well-mannered, well-groomed model citizens who never eat while walking (too sloppy), never talk on the trains (too impolite), and never cut in line (unimaginable). Their public toilets even play bird-chirping music to drown out impolite noises from neighboring stalls.

But, I added, Japan also seems to me a country of great spiritual darkness and unhappiness. That’s not just me conjecturing. Local pastors and missionaries tell me Japan is a tough mission field—less than one half of a percent of the population is evangelical Christian, making Japan one of the least evangelized nations in the world despite the longtime presence and freedom of missionaries.

Several residents told me the Japanese are terribly unhappy people, and I believe it. The studio I rented had thin walls, and almost every night I heard my neighbor weeping so hard that she had to pause to gasp for air. Japan, with all its economic and technological advantages, ranked No. 51 in this year’s World Happiness Report (U.S. ranked No. 14, Canada tied for No. 9).

Other recent research reported that Japanese aged 15-21 polled the unhappiest out of 35 mostly developed countries, next to South Korean teens. Suicide and social isolation continue to be serious issues: Japan’s suicide rate is the sixth highest in the world, and about 541,000 young Japanese are labeled as hikikomori, a term describing young people who seclude themselves in their rooms for months or years at a time—a troubling psychological and cultural phenomenon.

With all that unhappiness, the Japanese seek to latch on to something bigger than themselves. Virtually every neighborhood has its own Buddhist temple and Shinto shrine. Though more than half of the Japanese people say they’re nonreligious, they still find comfort in their traditions and gods: They swarm the temples and shrines to pray for good luck every New Year’s Day, to rub the smoke of incense onto their heads (for healing), to buy amulets and charms promising good health, favorable exam results, or happy families. Some temples must really rake in the money, what with all the visitors paying admission fees and tossing coins into offering boxes so that the gods will hear their prayers. 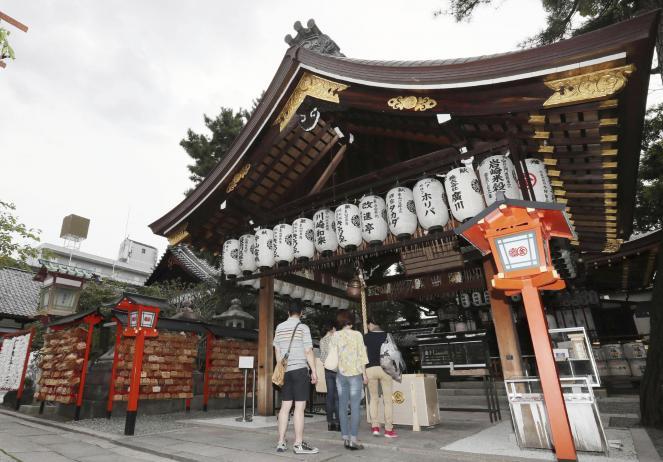 Despite the external signs of religious structures, moral codes seem loose here: I once mindlessly picked up an innocent-looking magazine from a convenience store stand—and quickly snapped it shut after spotting full-frontal nudity. I then saw a middle-aged man reading that kind of magazine on a subway, while sitting next to a mother cradling a baby. While staying at a local hot spot in Tokyo, a friend and I accidentally wandered into the area’s red-light district—and we saw coquettishly dressed women marketing themselves with signs (5,000 yen!). Young, beautiful women draped the arms of much-older, much-less-attractive men, and broad-shouldered mafia men, arms folded, stood outside questionable establishments.

When I told my church friend all this, she blanched and said, “Oh, never mind, I won’t visit Japan then.” But that was opposite of the point I was trying to make. Japan is worth visiting because it displays a similar phenomenon that many American Christians are blind to in their own country: the paradox of a great nation suffocating in its greatness. Everything is so immaculate, so beautiful, so convenient—but beneath the lovely wrapping is a hollow that echoes. I listened to that echo for 16 days, yet my eyes were constantly stimulated by pretty gardens, pretty bento boxes, pretty faces—which only compounded the sense of shallowness and loneliness.

Then, during my second-to-last day in Japan, a local pastor invited me to his church in Tokyo for a Sunday service. He led the service in a cafe that the pastor and his wife own, where he also holds live concerts, premarital counseling, and unconventional classes—all part of an innovative evangelistic strategy to reach the local community. The majority of his church members are new converts and first-generation Christians.

That meant the service was entirely in Japanese, a language I cannot understand (I had an interpreter for the sermon). Yet as I stood among the 120 people of all ages, listening to them worship and pray and bless each other in Japanese, I felt my loneliness subside. I was still a foreigner amid strangers, but I too know the Shu (Lord) whom they call Father. I too pray in the name of Iesu Kirisuto (Jesus Christ) and felt the Seirei (Holy Spirit) move in that room. And for the first time since I landed in Japan, I felt my soul relax: I was home. I was among family.