Wednesday’s confidence vote on the third-ranking U.S. House Republican points to wariness over appearing out of touch with Trump supporters

By most metrics Rep. Liz Cheney, R-Wyo., boasts impeccable conservative credentials: Her father served as vice president in a Republican administration, and she’s maintained a highly conservative voting record since her election to the U.S. House of Representatives in 2016.

But Cheney, who since 2018 has served as the chair of the House Republican Conference, is now at odds with her own party—so much so that Republicans demoted her as the third highest ranking Republican on Wednesday.

The intraparty dispute points to a larger conflict over Republican leaders’ loyalty to former President Donald Trump and his supporters. While it’s too early to know what Cheney’s ouster could portend for 2024, in the short term it seems to signal that Republicans are wary of appearing out of lockstep with Trump ahead of the 2022 midterm elections, when they hope to win back the majority.

Cheney lost her leadership position Wednesday during a voice vote that took place behind closed doors. House Republicans will have to hold another vote soon to replace her as conference chair.

If the situation conjures déjà vu, that’s because it’s a repeat of a no-confidence vote Cheney faced in February after she joined nine other House Republicans in voting for the impeachment of President Trump following the Jan. 6 Capitol riot. That time, Cheney triumphed over her critics. House Minority Leader Kevin McCarthy, R-Calif., supported his deputy, arguing that the Republican Party “is a very big tent.” The vote fell 145-61.

Then the tide shifted.

McCarthy, who also had criticized the president over the riot, about-faced. He flew to Mar-a-Lago to smooth things over, and his relationship with Trump improved.

Cheney doubled down. In particular, she pushed back on Trump’s ongoing claims that he won the 2020 presidential election.

On May 3, she tweeted, “The 2020 presidential election was not stolen. Anyone who claims it was is spreading THE BIG LIE, turning their back on the rule of law, and poisoning our democratic system.”

After that, McCarthy went on Fox & Friends and denied the intraparty fight had anything to do with Cheney’s impeachment vote but hinted that her job was in jeopardy.

The other House Republicans who voted for Trump’s impeachment have so far not faced similar backlash, nor have their fundraising numbers suffered. Rep. Steve Scalise, R-La., even tapped one of the lawmakers, Rep. Dan Newhouse, R-Wash., to serve as an assistant party whip in January. The real test will come in their individual districts in the 2022 midterms, and primary challengers have already cropped up. But with the entire party to consider, McCarthy likely won’t risk losing Republican House seats by wading into the primaries.

Cheney’s fall from grace seemingly hinged on her position in leadership and the continuing fallout of Trump’s election fraud claims.

As conference chair and like all members of party leadership, one of Cheney’s responsibilities is to fundraise on behalf of Republicans in general. Cheney ticked that box: Her committees transferred $1.8 million to the National Republican Congressional Committee in 2020. Only McCarthy and Scalise generated more.

Cheney’s position on election fraud puts her at odds with other Republicans. Lawmakers may or may not privately believe the 2020 presidential election was stolen, but they are unwilling to countenance those who vocally contradict Trump regarding President Joe Biden’s victory.

A few Republicans have spoken in defense of Cheney: Rep. Adam Kinzinger, R-Ill., said Cheney was “saying exactly what Kevin McCarthy said the day of the insurrection” and called the dispute “not good for the future of this country.” Sen Joni Ernst, R-Iowa, called the effort to silence Cheney a form of “cancel culture” in the Republican Party. 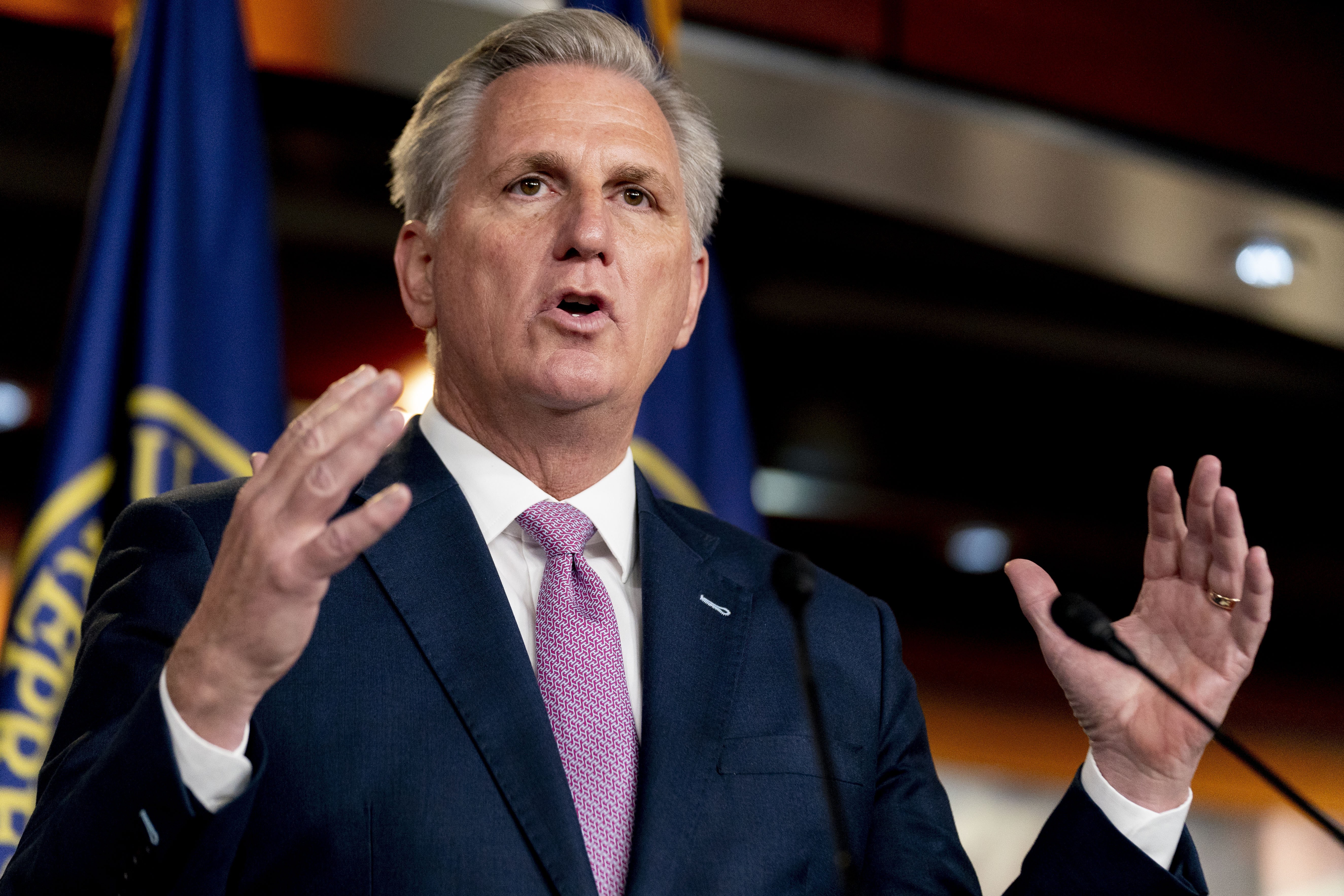 Stefanik’s own bullishness on Trump is new.

She came into Congress in 2015 as a moderate Republican and voted accordingly. While Cheney voted 93 percent of the time with Trump, Stefanik sided with the former president only 78 percent of the time, according to FiveThirtyEight. Heritage Action for America scored Cheney at 82 percent, while scoring Stefanik at only 56 percent. The American Conservative Union gave Cheney a 78 percent lifetime rating. Stefanik earned a 44 percent lifetime rating.

Early in Trump’s tenure, Stefanik opposed some of his signature policies, including his push to build a wall on the U.S.-Mexico border and to rework NATO. She also co-sponsored the Democrats’ Equality Act with its crushing implications for religious freedom.

Later, Stefanik rebranded: During Trump’s first impeachment she robustly defended him. The move boosted her to stardom and made her a top fundraiser.

That hasn’t stopped some conservatives from questioning her voting record, including the organization FreedomWorks and certain members of the House Freedom Caucus.

But Stefanik is unlikely to give Republicans headaches over the election fraud controversy. In an interview last Thursday on Steve Bannon’s podcast, Stefanik lent support to election fraud concerns and said if elected to House leadership she would “run with support from [Trump] and his coalition of voters.”

As of Wednesday morning, it was unclear when Republicans would vote to fill Cheney’s former position.

Meanwhile, the U.S. Senate, which has similar divides on election fraud claims and impeachment, has avoided a similar party squabble, at least in public.

“The House is more quickly responsive to current politics,” Ryan Burge, an associate professor of politics at Eastern Illinois University, told WORLD. In contrast to the House’s rapid two-year election cycle, Burge noted, the Senate’s six-year election cycle provides more insulation from rapid electoral shifts: “The old-school Republicans will dominate the Senate for at least another decade or two because they will not step down and it’s really hard to unseat an incumbent.”

Political pundits speculate that the move points to McCarthy’s own ambitions to claim the speaker’s gavel once Republicans win control of the House. For that, he needs the approval of the Republican base—and for that, he’ll need Trump’s support.

By demoting Liz Cheney, he seems likely to get both.

—WORLD has updated this story to reflect Wednesday’s vote to remove Rep. Liz Cheney as the House Republican Conference chair.