David Adams (second from right) with his 13-year-old son and the quadruplets. Joe McIlhaney and his wife Marion are on the left and right. Handout

As a high-school senior, Joe McIlhaney wrote an English class essay on why he wanted to be a veterinarian. When he realized becoming a vet would require four more years of school after college, McIlhaney wondered: “Why do all that to take care of dogs? Why not take care of people?” So he decided to become a doctor.

Now 84, McIlhaney during his 58 years of practice has been an OB-GYN, an in vitro fertilization (IVF) pioneer, and an educator on sexual health. His path was twisting and not without difficulties, but McIlhaney learned the importance of an ethical framework and Biblical foundation.

McIlhaney graduated from Baylor College of Medicine in 1961. After completing a three-year residency in obstetrics and gynecology, McIlhaney moved with his wife and daughters to Austin, Texas.

Soon after Roe v. Wade legalized abortion, a woman visited McIlhaney’s office and said she would kill herself if she couldn’t have one. McIlhaney felt conflicted, but after getting pro-abortion advice from a Christian Medical Society representative and Dallas Theological Seminary’s Bruce Waltke, McIlhaney concluded, “I guess it’s the medical thing to do.” So he performed the abortion.

Another woman came with a similar story, and McIlhaney performed his second abortion. As he finished the procedure, he saw little legs and feet and what looked like “little, tiny spaghetti”—the baby’s intestines. McIlhaney felt nauseous: “I don’t care what anybody says. These are human beings.” He never aborted another baby.

As an OB-GYN, McIlhaney met many couples struggling with infertility and started the first in vitro fertilization practice in Austin in 1985. As a Christian, he had a few ethical concerns with IVF. He knew the embryos he helped create in the lab were human beings, like the ones he had aborted. So McIlhaney only fertilized as many eggs as a husband and wife were willing to use.

McIlhaney’s approach to IVF attracted the attention of Eve and David Adams, a Christian couple who had struggled with infertility for nine years. Eve’s appendix had ruptured three months after the couple had their first child, and the scar tissue led to infertility. The couple decided to try IVF when they learned Dr. McIlhaney believed in the sanctity of life.

Eve and David Adams flew from Georgia to Austin, where McIlhaney and his wife, Marion, hosted them. The Adamses decided to have McIlhaney transfer four embryos to raise the chances of pregnancy. They knew the odds of all four implanting and surviving were low.

When Eve went in for her first ultrasound, she told the nurse she had a feeling there were four babies. The nurse brushed her off, until she started counting, “One, two, three, how many did you say?” She told Eve to hold on a minute and ran to get the doctor: Four babies were growing in her womb.

When McIlhaney heard the news, he asked Eve, “Are you mad at me?” She responded, “Are you kidding? No, we’re thrilled!”

On Aug. 31, 1995, Eve gave birth to the first set of quadruplets to be born at Tallahassee Memorial Regional Medical Center. A little more than a year later, McIlhaney and his wife pulled up to the Adamses’ home in Thomasville, Ga., and spotted four little green lawn chairs in the yard. They spent a few days getting to know Olivia, Emily, Stephen, and Stephanie—four healthy children. McIlhaney is thankful he could use IVF to help families like the Adamses: “I’m glad for the babies that I got to be a part of bringing about. It’s God that does it, not me.”

The Adams quadruplets are in their 20s now. Since their birth, a lot has changed in the world of IVF, which troubles McIlhaney: “When you see what’s happened to it, you wonder, was I complicit in that?”

When McIlhaney brought IVF to Austin in 1985, his practice didn’t accept donor sperm or eggs. Now potential parents can shop at an online embryo bank and choose frozen embryos based on the donor’s physical appearance. McIlhaney’s original practice would only freeze as many embryos as a couple agreed to use later in life. In 2017 the Department of Health and Human Services estimated 620,000 embryos were currently cryo-preserved in the United States. McIlhaney compares IVF to a loaded gun: It can protect and it can kill. 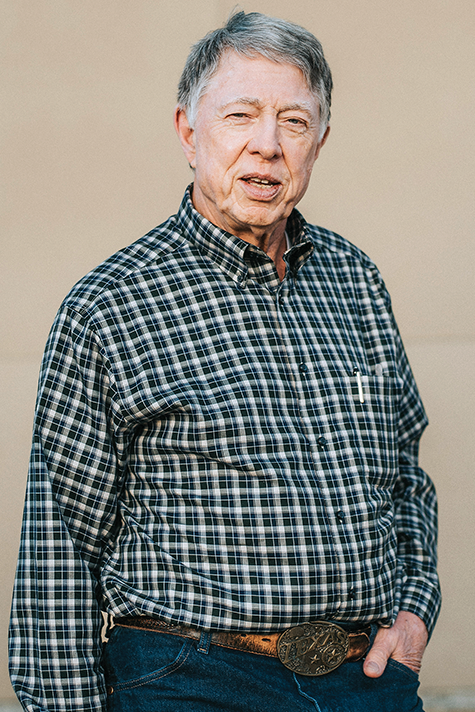 MANY OF THE COUPLES who came to McIlhaney for infertility treatment couldn’t have children because of sexually transmitted diseases. Some women had so much scarring from STDs, their ovaries and fallopian tubes looked “like somebody had poured glue” on them, he said.

A woman in her late 40s with sores on her body came for an appointment, and McIlhaney knew she had herpes. When he broke the news to the woman, she started wailing—so loudly it reached people in the waiting room. The woman’s grief came from more than a herpes diagnosis: Her husband had died and a good friend who was comforting her convinced her to have sex.

Another couple came to McIlhaney for help: The man had contracted herpes from a previous sexual partner. The couple had one healthy child, but during their second pregnancy, the wife broke out with herpes. The infected baby spent several weeks in a neonatal intensive care unit and nearly died.

McIlhaney repeatedly saw the awful effects of poor sexual health. He started speaking about the causes of STDs and the importance of abstinence before marriage and faithfulness within marriage. James Dobson invited him to be a guest on Focus on the Family.

Burdened by the need for sexual health education, McIlhaney left his secure job and doctor’s income to found the Medical Institute for Sexual Health in 1992. The institute advocates abstinence and provides sexual health information for educators, policymakers, healthcare professionals, and parents and youth. He said he’s never regretted his decision, even though money was tight and secular media scorned him. In the early years of the organization, Marion asked Joe if they would ever go out for dinner again. Joe told her he thought they would. The McIlhaneys were confident they were doing the right thing: “Jesus had led us into this.”

In the early 2000s, the organization was $25,000 in debt. One day a friend of McIlhaney’s handed him a folded check, which McIlhaney tucked in his pocket to open later. When he walked out of the building to meet his wife, he opened the check—it was for $25,000. McIlhaney says these instances of God’s provision happened again and again. This June, an anonymous donor gave the institute $1 million.

McIlhaney stepped down as CEO of the institute in 2005 but remained on the board of directors. In 2008 medical tests showed his wife, Marion, had Alzheimer’s, and two years later the couple moved into a retirement home. McIlhaney says caring for his wife was never a chore: “She was my dear. I just loved being with her.”

She died in April 2018. McIlhaney credits his deep relationship with God to Marion’s commitment to learning Scripture: “I had the best woman you could have.” He continues to lead a Bible study they started at the retirement home.

At 84, McIlhaney works out at an Orangetheory fitness center and plays racquetball. Last year, when the CEO of the Medical Institute for Sexual Health came down with West Nile virus, McIlhaney climbed into the saddle once again.

He remains firm in his pro-life convictions. After more study, theologian Waltke soon came to believe abortion was justified only to save the life of the mother. (The Christian Medical Society, which became the Christian Medical & Dental Associations, also adopted a pro-life stance.) Three years after the Roe v. Wade decision, Waltke wrote: “Feticide is murder, an attack against a fellow man who owes his life to God, and a violation of the commandment, ‘You shall not kill.’”