History: The view from the Prophet Samuel’s front-row seat

More than 3,000 years ago, the people of Israel crowned a human king against God’s warnings. Before then, Israel stood apart from other ancient kingdoms by recognizing God’s exclusive kingship. Then, Israelites got the king they demanded—and saw every warning come true.

The Old Testament books of 1 and 2 Samuel mark the first shift in Israel from divine sovereignty to dynastic monarchy. In The Beginning of Politics: Power in the Biblical Book of Samuel (Princeton University Press), Jewish professors Moshe Halbertal and Stephen Holmes bring out the power of “the first and greatest work of Western political thought.” The two books of Samuel are not political tracts, a manifesto, or a biography, but books about politics, the first literature in world history to document truthful, even unflattering accounts of its nation’s leaders. Halbertal and Holmes analyze it brilliantly—and that’s why their book is our History Book of the Year.

The authors recognize that God is “certainly no subject for systematic critical scrutiny and political analysis,” but the humanly flawed Saul and David certainly are, and their stories provide timeless truths about why and how people have gained, abused, and lost power over three millennia. As Chapter 3 of Genesis shows what happened when God gave Adam and Eve the freedom to disobey, so 1 Samuel shows how God granted Israel its desire—“that we also may be like all the nations, and that our king may judge us and go out before us and fight our battles.” The rest of 1 and 2 Samuel explores the consequences of that desire: “If the sovereign is powerful enough to protect the people against hostile neighbors, he will also be powerful enough to abuse the people for reasons having nothing to do with collective security.” 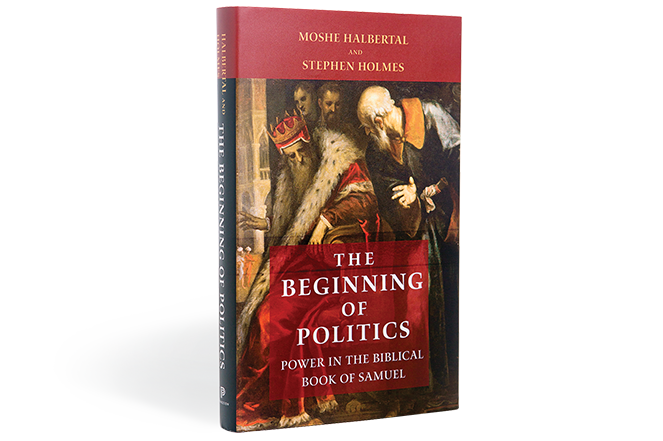 That’s what happened with Saul, a once-humble, once-ambitionless man who turned into a paranoid blood-hunter, bringing doom upon himself and others. Rulers think they wield political power, but “political power wields rulers, toying with their motivations, aspirations, and inhibitions.” That’s also what happened with David. While Saul’s extreme insecurity and self-pity led him to distrust everyone and slaughter the innocent priests of Nob, David’s sense of entitlement and self-indulgence at the peak of power led him to kill Uriah. So secure was David in his authority that from the detached comforts of his palace he murdered his loyal soldier in the battlefield.

Halbertal and Holmes portray David as not quite the lion-wrestling, giant-lopping, harp-plucking, God-loving poet of Sunday school. Here, he’s a “master of masked intentions” who cunningly stood by while the Philistines defeated the Israelites in battle and killed Saul and his sons. His ostentatious kindness to Jonathan’s son Mephibosheth may really have been a clever way to imprison Saul’s last remaining descendant in his court. No longer a figure of moral authority after the Uriah incident, David becomes weak and blind, allowing his own sons to manipulate and betray him.

The Beginning of Politics introduces the dynamics of power with God’s warning about worldly kings. The author of 1 and 2 Samuel performed “an act of witnessing” Israel’s political project and then warning, “Beware of what I saw and have told you.” As astute and fascinating as it is, The Beginning of Politics misses out on a larger truth: Samuel is just one book under a grand narrative of the gospel of Jesus Christ. As the authors themselves acknowledge, God never withdrew from human events. David, like Saul, was a royal sinner, but God still called him a man after His own heart and used David’s utterly flawed, very messy line to bring the one true and eternal King.

Victor Davis Hanson combines expertise about both ancient Greece and modern war to present a comprehensive look at not just war but The Second World Wars plural. Not only were the wars against Germany and Japan largely distinct, but so were the wars on land, at sea, and in the air—and Hanson brilliantly shows that once the wars became global, Germany and Japan had nothing to look forward to except utter destruction. Hanson also shows how all the technical innovations—saturation bombing, rockets, aircraft carriers, massive tank envelopments—didn’t change fundamentals of barbarity or geography.

The High Cost of Good Intentions

John Cogan’s history of federal entitlement programs warns us that the ice we skate on has grown thinner decade by decade. Both Democrats and Republicans are now kicking the can down the road, apparently uncaring that the iceman cometh in a few years. Cogan provides useful case studies of measures that were sensible, self-limiting, and freedom-enhancing like the GI Bill, and current ones that grow as each benefit expansion leads to future entitlements that leave worthy original goals no longer recognizable. As annual deficits lead each year to record-breaking debt expansion, it doesn’t seem that we’ll learn—until it’s too late.

Blitzed: Drugs in the Third Reich

Norman Ohler’s tautly written account, based on previously overlooked documents, shows the role of drugs in fueling Hitler’s rapid rise during the 1930s and sensational fall during the second half of World War II. Among the conclusions: Methamphetamines distributed to millions of soldiers made possible the blitzkrieg that killed France in 1940. Hitler became dependent on a witch’s cornucopia of heroin and other drugs during World War II. Tragically, the mass lessons Germans learned—live by meth, die by meth—have not been absorbed by many addicted Americans, but Ohler provides a valuable lesson: Dance with the devil and die.

Martin Luther: The Man Who Rediscovered God and Changed the World

Eric Metaxas is the best storyteller among Luther’s many recent biographers. He describes “comically bungling and tragically scandalous” popes and a heroic but very human Luther who is brave not because he lacks fear but because he fears—yet still stands immovable before previously irresistible papal pressure. Metaxas shows how Luther wanted to save the Roman Catholic Church from itself and didn’t become a fiery opponent of the whole structure until it gave him no choice: Luther’s opponents were “unmoored from the rock of the Scriptures … blithely floating down the river toward a great cataract and didn’t seem to notice.” —Marvin Olasky 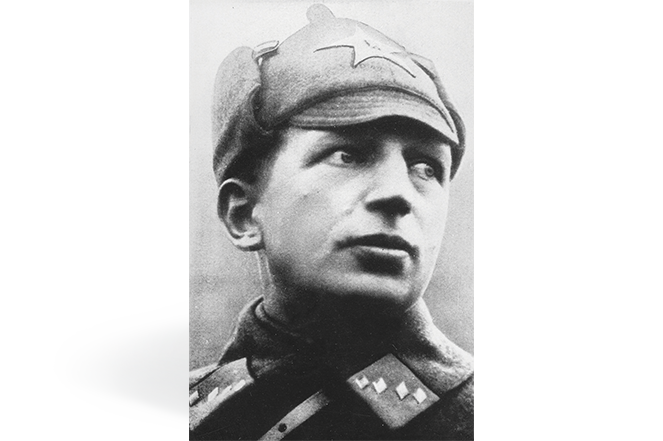 Yuri Slezkine’s The House of Government: A Saga of the Russian Revolution (Princeton University Press) is an immense historical and publishing achievement: 1,104 pages of astonishing research available in hardback for under $30. I wrote about it in last month’s survey of 100th-anniversary-of-tragedy books (see “Revolutionaries dug a pit and fell in,” Nov. 11) and noted sagas such as the life and death of Andrei Bubnov, the People’s Commissar of Enlightenment, who emphasized the need for Stalin’s opponents to be “squashed like vile vermin,” but did not like being treated like a cockroach himself.

The House of Government is not our Book of the Year in history because we emphasize books for typical WORLD members: well-educated and thoughtful, yet unlikely to dive into a book this long. But those who want to get a granular feel for revolutionary lives and saw reading War and Peace as a walk in the park—let me know what you think. —M.O.

Please read the next section in our 2017 Books of the Year issue: “Fragile philosophy”