By labeling Communist atrocities in Xinjiang as genocide, the U.S. declares solidarity with the Uyghur community while ensuring further conflict with China.

Demonstrators in Washington, D.C., protest the funding of Chinese Vocational Training Centers where Uyghurs are being held involuntarily. Olivier Douliery/AFP via Getty Images

That’s what outgoing Secretary of State Mike Pompeo accused China of committing against Uyghurs and other ethnic minorities in Xinjiang, making the United States the first country to make such a declaration. He also called China a perpetrator of crimes against humanity.

The U.S. pressure on the Chinese Communist Party over its atrocities in Xinjiang—including detaining at least 1 million Uyghurs in reeducation camps, initiating a mass sterilization campaign, and using Uyghurs for forced labor—appears set to continue under the administration of President Joe Biden. Biden’s secretary of state appointee, Antony Blinken, expressed agreement with the genocide designation.

Uyghur diaspora communities cheered the decision: “This declaration doesn’t immediately change anything, but as any victim will tell you, having the eyes of the world community see us, and acknowledge that our horror is real, means everything,” said Rushan Abbas, director of Campaign for Uyghurs.

For Abbas, the decision was personal: Her sister Gulshan, a retired doctor, disappeared into the opaque camp system two years ago. At the end of 2020, she found out that Chinese authorities sentenced Gulshan to 20 years in prison on vague terrorism charges. Rushan believes her sister is paying the price for her international activism. 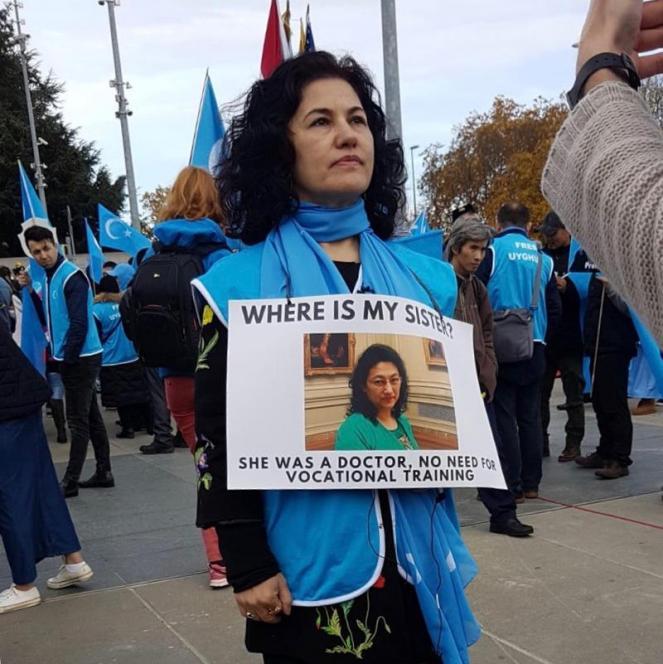 As expected, the Chinese government denied it was mistreating its citizens. Chinese Foreign Ministry spokesperson Hua Chunying called Pompeo a “doomsday clown” and his declaration “a piece of wastepaper.” The Standing Committee of the Xinjiang Regional People’s Congress claimed the genocide proclamation violated international law and hurt the feelings of all ethnic groups in Xinjiang.

The Chinese government-owned newspaper Global Times highlighted quotes from videos posted on Weibo (China’s Twitter-like social media platform) by Uyghurs who supposedly refuted Pompeo’s genocide charge. Tusenjan Wusman, a doctor from Hotan prefecture in southern Xinjiang, said, “I really want to ask Pompeo ‘Have you been to Xinjiang? Do you really know what life is like here?’ We live a happy life in the region, and why do you always defame the region?”

In response to that article, Associated Press reporter Dake Kang tweeted a screenshot of instructions purportedly sent to Xinjiang government workers. The instructions asked them to find Uyghur employees with good Chinese skills to record short video clips opposing Pompeo’s remarks and stating their love for the Communist Party, China, and Xinjiang.

The real thoughts of Uyghurs and ethnic minorities in Xinjiang are impossible to gauge, as communications with the area are either cut off or heavily monitored. Locals feel the threat of detainment in the camps hanging over their every word.

The declaration of genocide is a rare move by the U.S. State Department, which last made the determination in 2016 under the Obama administration regarding the atrocities committed by ISIS against Yazidis and other minority groups in Iraq and Syria. Critics called Pompeo’s move politically motivated amid the current tensions between the United States and China. They noted Pompeo hadn’t designated Burma’s treatment of Rohingya Muslims as genocide.

Blinken, during his confirmation hearing in the Senate last week, said the Biden administration would evaluate whether the actions by Burma, also known as Myanmar, constituted genocide.

According to the 1948 Convention on the Prevention and Punishment of the Crime of Genocide—which China has ratified—“genocide” is defined as trying to destroy, in whole or in part, a national, ethnic, racial, or religious group by any of these methods: killing its members, causing serious bodily or mental harm, preventing births, inflicting destructive conditions of life on the group, or forcibly transferring children of the group to another group.

Pompeo stated in a Wall Street Journal op-ed that key to his determination was the Chinese government’s campaign to decrease births in the region through forced abortion and sterilization. Pompeo also pointed to the more than 1 million people in internment camps in Xinjiang where survivors say torture, sexual abuse, forced labor, and unexplained deaths occurred. 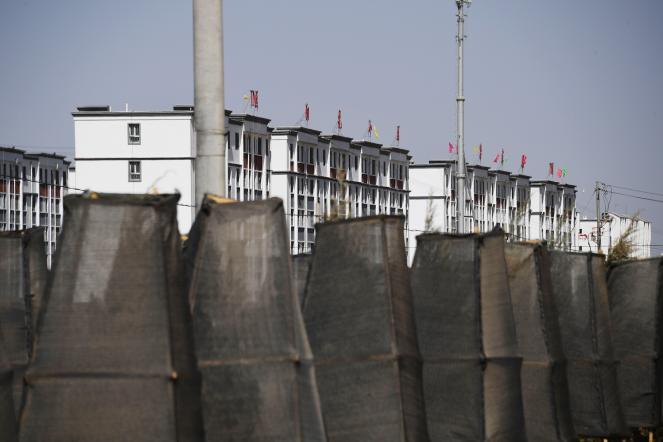 A complex, believed to be a reeducation camp for mostly Muslim ethnic minorities, sits on the outskirts of Hotan in China’s northwestern Xinjiang region. Greg Baker/AFP via Getty Images

“Not every campaign of genocide involves gas chambers or firing squads,” he wrote.

So what happens next?

Neither China nor the United States ratified the Rome Statute, so they are not bound to the International Criminal Court, where genocide cases are tried. Oumar Ba, an assistant professor at Morehouse College, told The Washington Post the United States could file a case against China for violating the Genocide Convention at the International Court of Justice, but it is not a criminal court and can’t make judgments on individual criminal responsibility.

Still, the genocide designation will impact the United States’ future dealings with China. New sanctions could be put in place: The Trump administration had already sanctioned Chinese Communist leaders, including Xinjiang Communist Party Secretary Chen Quanguo, under the Magnitsky Act. Earlier this month, the United States banned imports of cotton and tomatoes from Xinjiang, citing concerns of forced labor.

The genocide designation could also encourage other countries and international institutions to follow suit. Earlier, a Canadian subcommittee on international human rights had concluded China’s treatment of Uyghurs amounted to genocide. In the United Kingdom, Parliament narrowly defeated an amendment that would outlaw trade with countries that have committed genocide. Members of Parliament have also been debating proposals that would allow British courts to decide if a country is committing genocide.

The next flashpoint will be the 2022 Winter Olympics, set to take place in Beijing. The United States and other countries could move to boycott the games or petition the International Olympic Committee to find a new location.

Uyghurs with families in the camps are grateful for the recognition of what is happening to their people. Dolkun Isa, president of World Uyghur Congress, thanked the U.S. government for holding China accountable for its repression.

“Today, history has been written not only for Uyghurs, but for all of humanity,” Isa said in a statement. “Uyghurs have been looking for accountability for years.”