BOOKS | An uncritical defense of men who stood against Islam

In the West, we take a dim view of religious violence, but with the rise of militant Islam, Raymond Ibrahim thinks we might want to rehabilitate the idea of crusading. The author, an American born to Egyptian Coptic parents, has written extensively about conflicts between Christians and Muslims, and his latest book, Defenders of the West: The Christian Heroes Who Stood Against Islam, extols the lives of eight men who waged war against Muslim armies.

These brief biographies span about 350 years and look at leaders from three theaters of war—the Crusades, the reconquest of Spain, and the Ottoman expansion in Eastern Europe. Some of the heroes are well known, others less so. Ibrahim begins with Godfrey of Bouillon, a leader of the First Crusade who eventually became king of Jerusalem after the Crusaders successfully captured the city in 1099. He then introduces readers to El Cid, Richard Lionheart, Ferdinand III of Castile, Louis IX of France, John Hunyadi, Skanderbeg, and Vlad Dracula.

Ibrahim says the Christian West has been locked in a constant struggle with the Islamic East for 1,400 years, and he credits these men of violence with saving Christianity. He hopes to inspire contemporary Christians to rediscover some of their martial virtues, claiming, “It must be understood that premodern Christianity was for at least the first three-quarters of its existence a muscular religion.” He implies the Protestant Reformation hurt Christianity’s fighting spirit. 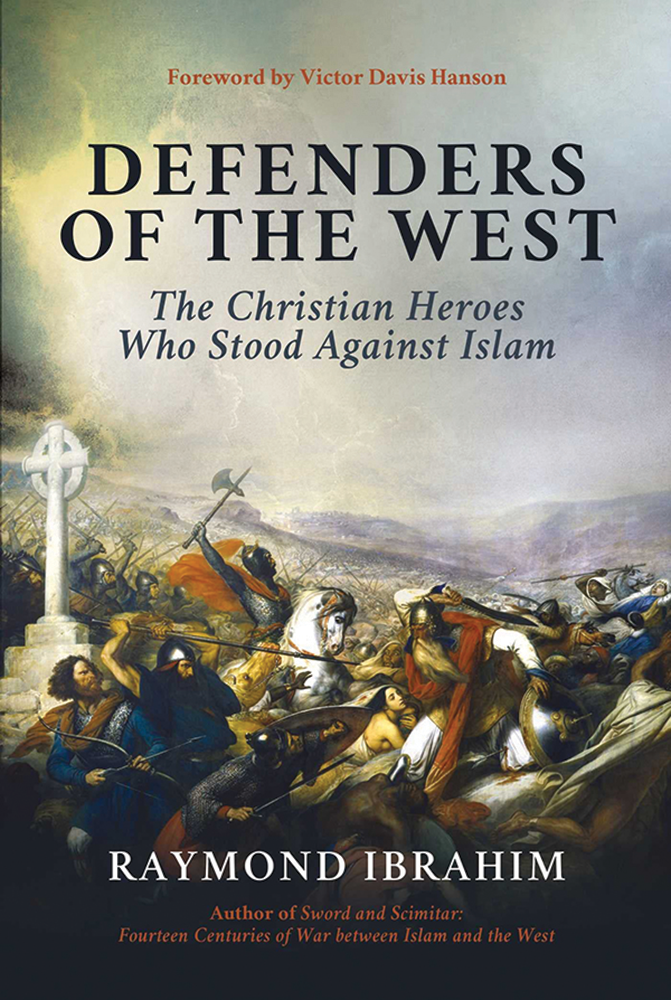 Much of the book is well researched, often citing the best scholarship on these medieval conflicts, and Ibrahim quotes expansively from primary sources. But all this doesn’t save what ends up being a flawed book.

He accepts his primary sources at face value, never analyzing their historical context. Following his sources, Ibrahim claims all conflict is rooted in Islamic teaching, but esteemed historian Bernard Lewis, whom Ibrahim cites at times, demonstrated that political and social concerns often sparked religious violence and the rhetoric surrounding it. Ibrahim makes sweeping statements about 1,400 years of constant antagonism between East and West, but he pulls from a relatively narrow slice of that time frame. He absurdly claims not enough source material exists to write a chapter on the eighth-century French kings. It’s more the case eighth- and ninth-century sources don’t contain the inflammatory rhetoric he needs to make his point. This is the same reason he ends his narrative in the 15th century.

Ibrahim portrays Muslim rulers as continuously trying to stamp out Christianity. Yes, there were periods of intense persecution, and certainly Muslims placed heavy social liabilities on the Christian population. But Ibrahim exaggerates the historical situation, reading the Middle East’s current religious climate backward in time. If Muslim rulers wanted to exterminate the Christians, why were there still millions of Christians living in Asia Minor at the beginning of the 20th century?

And he doesn’t play fair in this polemic. He calls these men “defenders of the West,” but not all of them fought defensive wars. He rightly condemns Muslim atrocities, but he excuses Christians who massacred Muslims by saying the Muslims started it. He also glosses over evidence of cooperation between Christians and Muslims.

Ibrahim wants Christianity to be a martial religion, invoking just war ­theology to justify religious violence. There’s a place for strength, courage, and loyalty in the Christian faith—even expressed in the military—but Ibrahim avoids a robust discussion of just wars, setting the bar much too low.

By the end of the book I had the unsettling feeling that Ibrahim actually wishes Christianity were more like Islam, which doesn’t distinguish between the political and religious spheres. It’s telling he fails to mention the example of Jesus and the martyrs who willingly died unjust deaths rather than fight for their rights.