Just trying to be funny

TRENDING | Clean comics once set the tone for comedy, but now they swim against the tide of raunch

The audience that night was tiny, about 20 people, but they were enjoying the show. Young is a big guy, towering over most people. Maybe a little too big, he allows: “You know you need to lose weight when your shadow starts setting off automatic doors.”

There aren’t a lot of comedy clubs like Gutty’s. It looks like a normal comedy club from the outside, but inside are lots of ­families instead of clubbers and couples. And instead of beer and liquor, there’s soda and popcorn.

Young fits right in. He lives in San Diego and works at Truck Hero selling aftermarket auto parts. But when he clocks out, he sits down in his bedroom and writes jokes—clean jokes, because Young is a clean comic.

He became a Christian soon after he got into stand-up, but he tries to appeal to everyone. He’s not very political. Usually. One of his jokes is about how, thousands of years from now, archaeologists will be digging up Chuck E. Cheese coins all over the country. “They’ll be like, ‘Wow, their president was a giant rat.’” Depending on your politics, he added, that’s “kind of true.”

Some comedy is pure silliness, but many comics see their role as making fun of things that deserve it. They expose foolishness or injustice and hold them up for a hearty round of contempt. But that’s difficult to do well and consistently. You have to be observant, insightful, and surprising.

Clean comedy is even harder because you can’t shock people with crude or profane language. Shock comes cheaper than surprise, so mainstream comedy is dominated by comics who work “blue.” They try to ­connect with audiences while jolting them off balance.

But blue comics also have to keep escalating, trying to be more shocking than the last performer. They don’t just break taboos. They mock them. And along the way they transform how our culture thinks and talks about things. They reshape our very language.

Anything for a laugh.

Comedy wasn’t always like this. In 1934, in response to scandals involving actors and comedians, Hollywood voluntarily adopted the Hays Code. It said no movie should “lower the moral standards of those who see it,” and it set the tone for the whole entertainment industry for the next 35 years.

Then, in 1972, George Carlin developed a stand-up routine that changed comedy forever. “There are 400,000 words in the English language, and there are seven of them you can’t say on television. … They must really be baaad,” he would say. Audiences would titter as he reeled them off. “Those are the ones that’ll infect your soul, curve your spine, and keep the country from winning the war.”

A dad and his son heard Carlin’s routine on his car radio, leading to a famous 1978 Supreme Court case, FCC v. Pacifica Foundation. The court found Carlin’s act “indecent but not obscene.” That is, in some contexts, you can say those words on television.

The case helped crack open the floodgates. Comics had been raunchy in clubs and bars long before Carlin. But the big names—Groucho Marx, George Burns and Gracie Allen, Bob Hope—knew there were limits. After Carlin, vulgarity left the clubs and spilled over into radio and TV. Then it all went online. Now it’s relentless.

So clean comedy isn’t new. Only now, as someone in Young’s audience told us, “I don’t know. It was weird not hearing people cursing.” 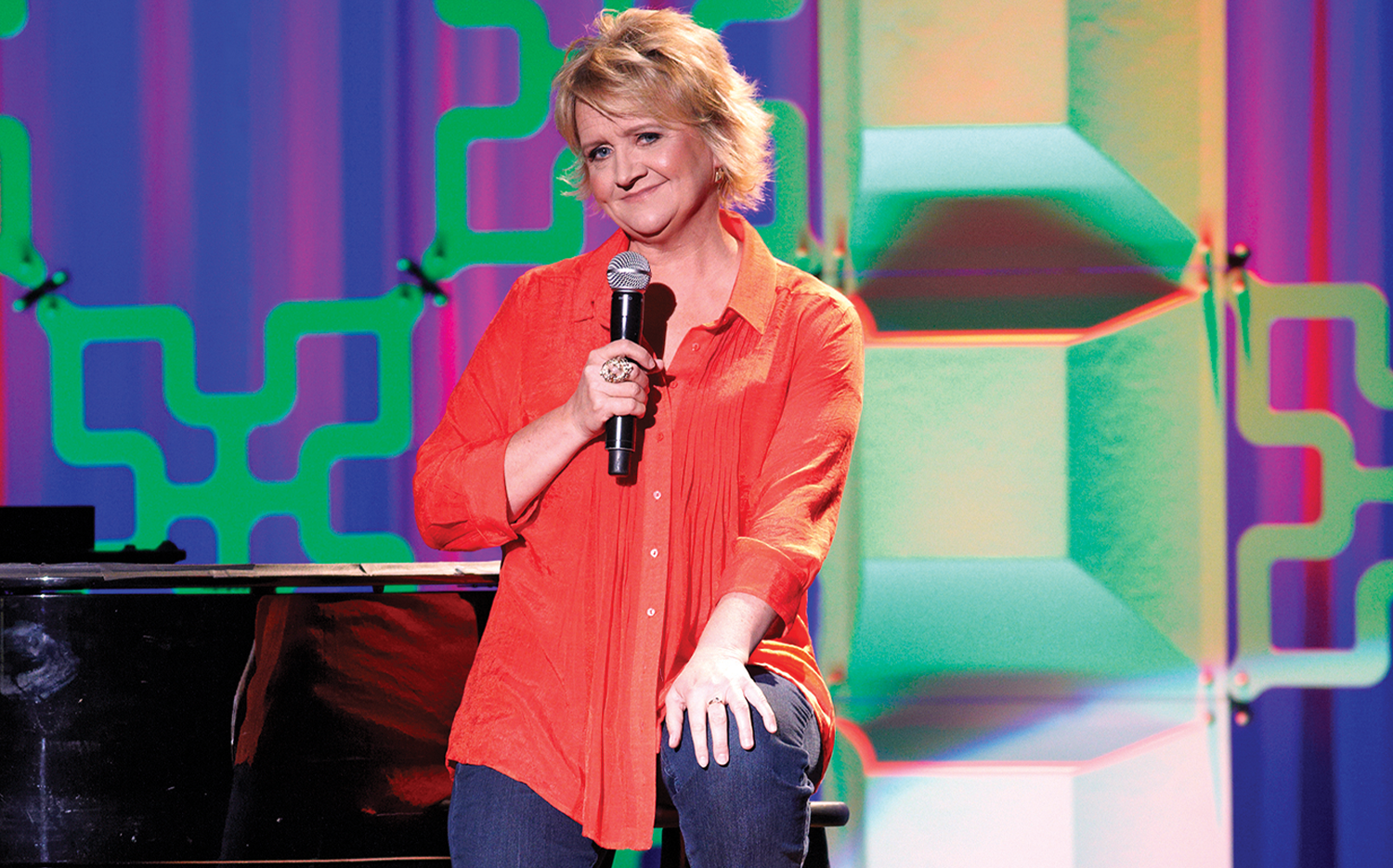 CHRISTIAN COMEDIAN Chonda Pierce is Emmy-nominated and has platinum records. She might have been even bigger in 1955. But these days, she says, working clean can limit your career. “I’ll probably never have an HBO special or Comedy Central ­special,” she told us, “because that seems to be reserved for the ones that like to dance on the edge.”

Both clean and blue comedy try to deal with life in a broken world, but in very different ways. Blue comics deal with darkness by becoming dark ­themselves. They tend to be subversive and antagonistic. They attack with words. Not all do, and many can be very funny.

But clean comedy reminds us that we can find joy and laughter, even faith, amid struggles. Playwright Christopher Fry thought comedy ­happens at the point where darkness is ­distilled into light. “Comedy is an escape, not from truth but from despair; a narrow escape into faith,” he wrote in 1960. “In tragedy we suffer pain; in comedy, pain is a fool, suffered gladly.”

Young admitted that he’s not the funniest guy around. But we need ­people like him, and clubs like Gutty’s, to make the effort. “If I’m only called to perform for dozens of people, then I’ll perform for dozens of people,” Young said. If someone is having a rough day and his joke “just brightens up their spirit a ­little bit, then, job accomplished.”