Scorsese on the set of 'Silence' Kerry Brown/Paramount Pictures

In 1988 Makoto Fujimura, a Japanese-American artist, had just been baptized at a church in Japan. He was 27 at the time and working on paintings as a scholar at the Tokyo University of the Arts. In between painting, he would visit the Tokyo National Museum to look at pieces he was studying. One day soon after his baptism he wandered into a small exhibit that contained small, worn brass blocks.

These brass blocks were fumi-e, images of Jesus Christ or the Virgin Mary with Jesus. Samurai authorities in the 17th century required suspected Christians to step on fumi-e to renounce their faith formally. The Japanese rulers had outlawed Christianity and tortured and killed suspected adherents if they did not step on the blocks. Fujimura—now a well-regarded artist in New York, founder of the faith-based arts organization International Arts Movement, and WORLD’s 2005 Daniel of the Year—said almost every one of his works has been in response to his encounter with the fumi-e, worn smooth from persons stepping on them.

Fumi-e are central to the story of Silence, Martin Scorsese’s new film about the persecution of Christians in Japan in the 17th century (see review on the next page). Scorsese based the film on the 1966 novel Silence by Shūsaku Endō, a Japanese Catholic whom Graham Greene once hailed as one of the greatest living novelists. Scorsese found the book at the same time that Fujimura found the fumi-e.

Twenty-eight years later, Fujimura and Scorsese would come together. Fujimura last year released his reflections on Endō’s work, Silence and Beauty, and he drew on his expertise on the writer as well as 17th-century art to advise Scorsese during filming of the long-simmering project. The movie completed, Scorsese warmly reviewed Fujimura’s book, too.

Scorsese first read Silence in the furor after the release of his controversial 1988 film The Last Temptation of Christ. Although Scorsese immediately optioned the book and wanted to make a film, he had problems financing the project and came under obligations to other films that prevented him from pursuing Silence.

Others on the project were glad for the wait. Fujimura thinks Scorsese has journeyed closer to explicit faith in the decades since Last Temptation. Scorsese describes himself as a “believer with some doubts,” but he can be vague beyond that. Wherever he is in terms of belief, he hasn’t been able to escape Christianity.

“I didn’t want to get into a culture wars project like the Last Temptation film,” Fujimura said. He read the script and felt that it honored Endō, who Fujimura said is “ultimately the author of compassion and not the author of nihilism and doubt.” He urges anyone reading Endō’s novel to read it all the way through, including the appendix. Scorsese spends about half an hour of the movie on the appendix.

The delays in filming also resulted in bringing on interesting producers. A film with a $46 million budget and controversial religious subject material had a hard time finding financial backing over the years. For four years “everybody said no,” producer Irwin Winkler told The Hollywood Reporter, which also reported that a large chunk of financing fell apart just before filming was supposed to start.

When the financing teetered, Gastón Pavlovich, a Mexican producer and a Catholic whose production company Fábrica de Cine is only 3 years old, stepped in as the lead producer and financier. Pavlovich, 48, wanted to work with Scorsese (he’s producing another upcoming Scorsese film, The Irishman), but he was also drawn to Endō’s story because of his own Catholicism. And he thinks the press doesn’t pay enough attention to the “horrific religious persecution” going on in the world now. 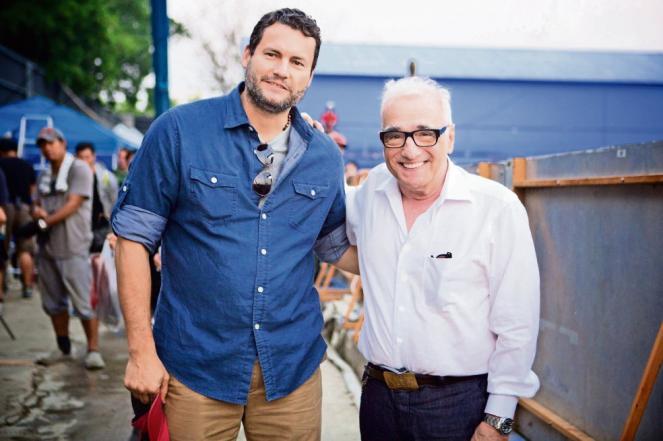 Despite being new to Hollywood, Pavlovich asked for a final cut on Scorsese’s film—“only because we wanted to make sure that the story wasn’t suddenly turned into something else,” he told me. “And it didn’t.” Pavlovich brings a conservative streak to Hollywood—on his Twitter account he criticized celebrations of Fidel Castro following the Cuban dictator’s death. He brought up to me the “intolerance” he felt Mexicans like himself have experienced in the wake of the U.S. election, but also the day after the election he tweeted in Spanish that the vote sent a message that “the conservative, pro-life, religious sector is stronger and more active than estimated.”

Dale Brown, a Christian investor who serves on Pepperdine University’s board and has begun producing films alongside the Clapham Group’s Mark Rodgers, also stepped in as a producer later in the project.

On set for shooting in Taiwan, Pavlovich several times invited Fujimura to visit. Fujimura was impressed with the “bicultural” filmmaking he saw, with Japanese actors and assistant directors contributing to character development and the aesthetic of the final product.

“Was it possible that God hid something beneath Japanese culture that we in America need today?” Fujimura asked. He encourages Christians to go to a museum to see 17th- and 18th-century Japanese art, where he finds evidence of “this hidden reality of the gospel.” Christianity, he says, “was kept alive in Japan.” 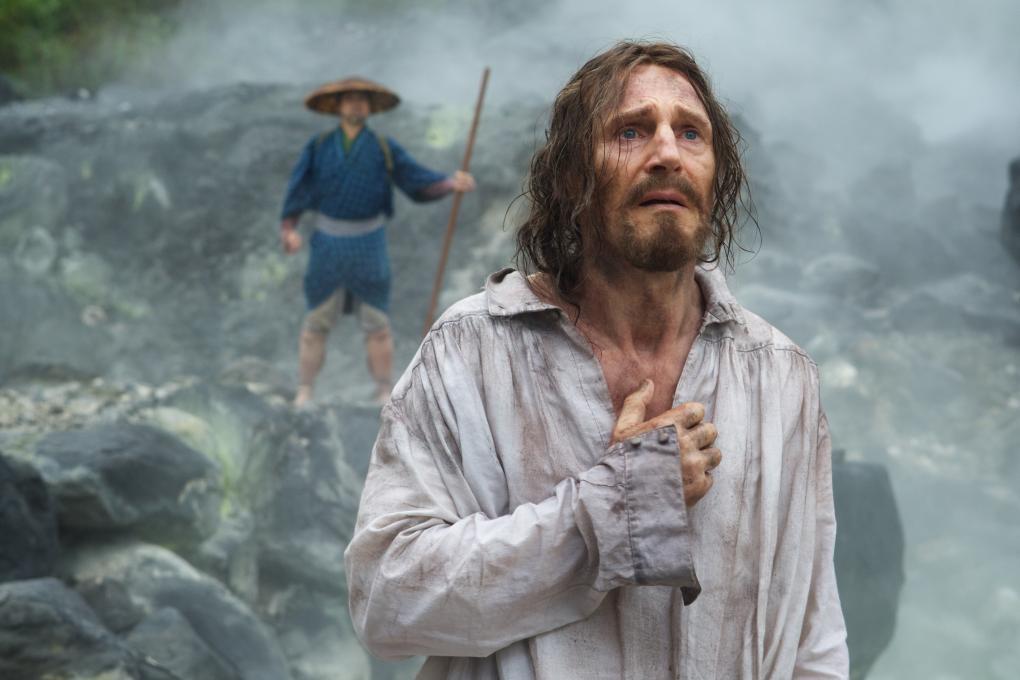 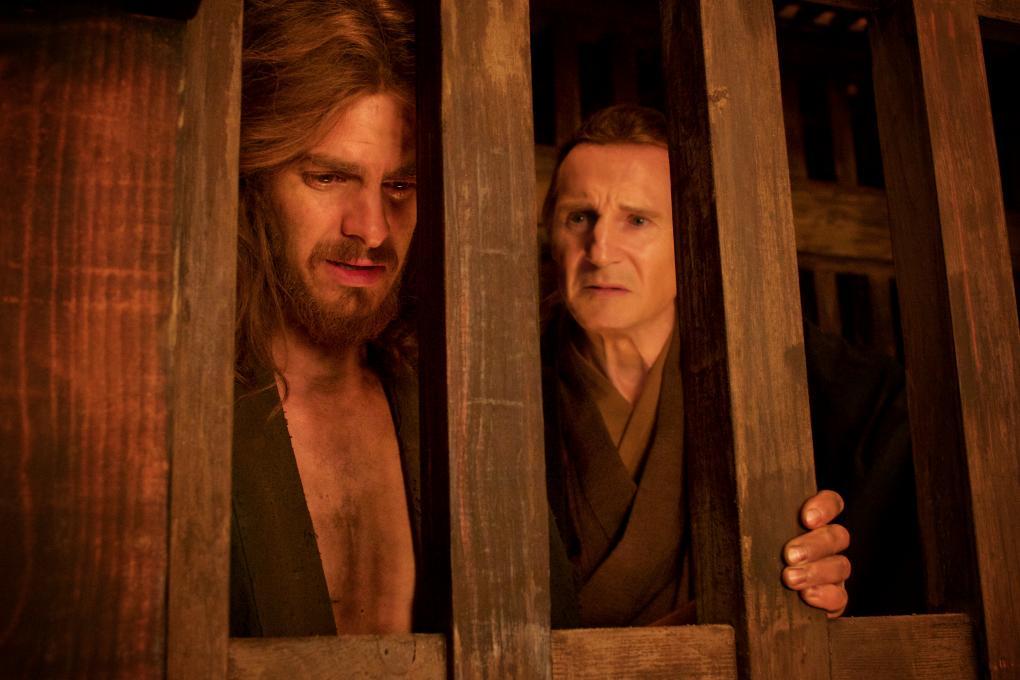 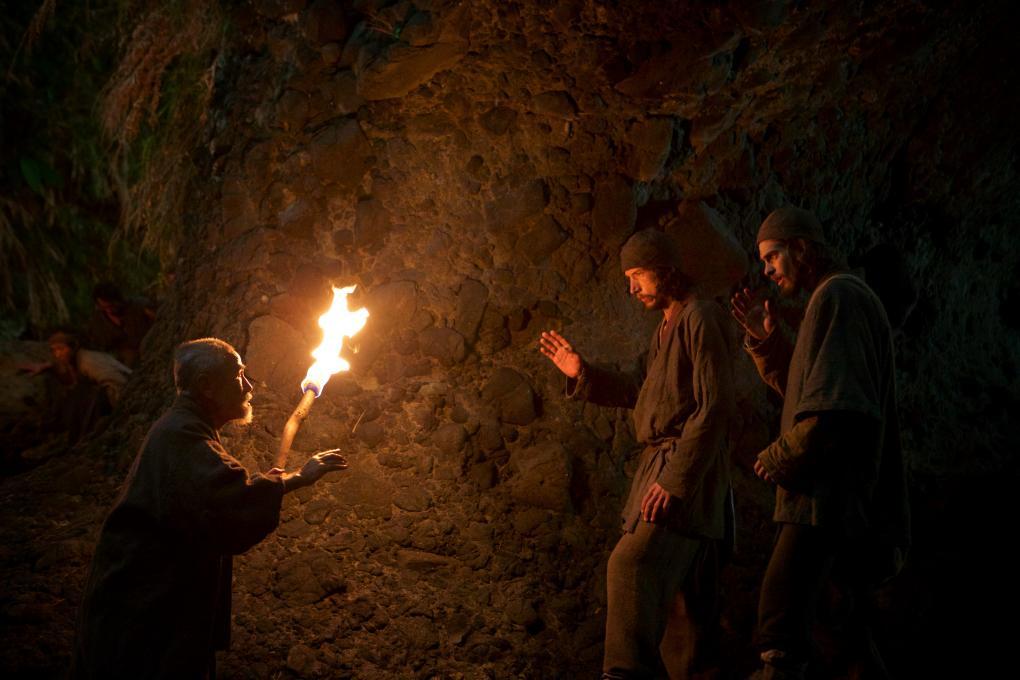 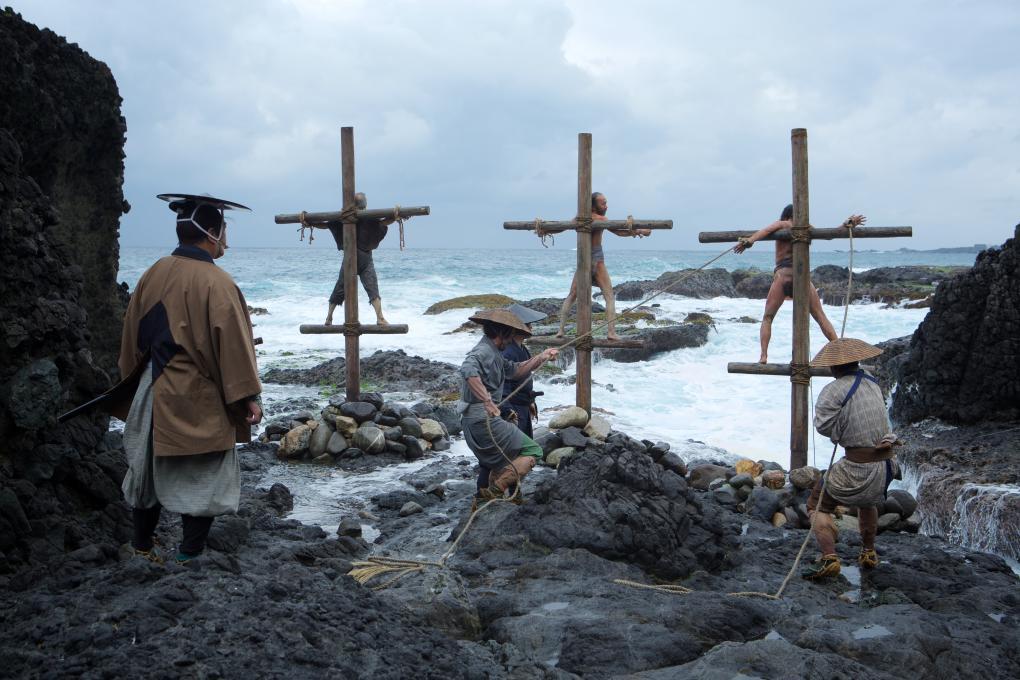 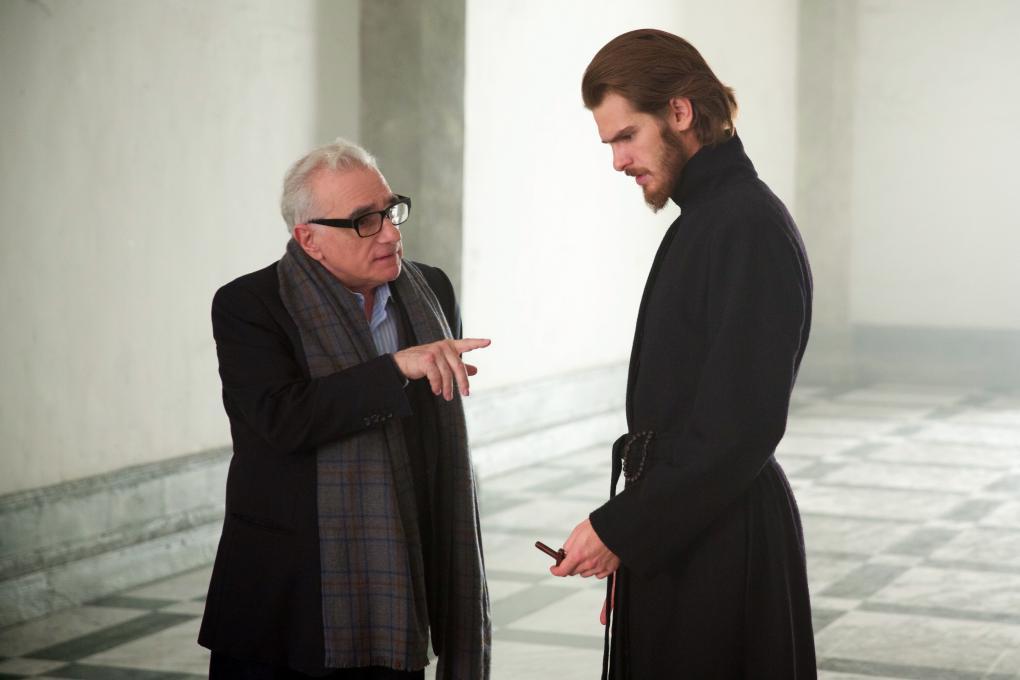 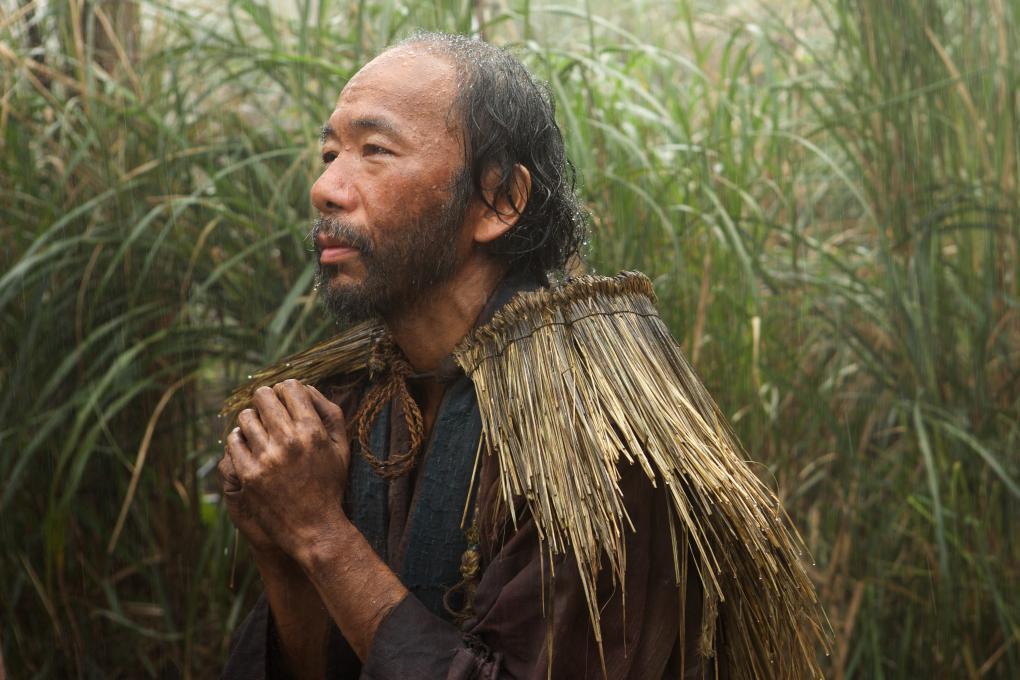 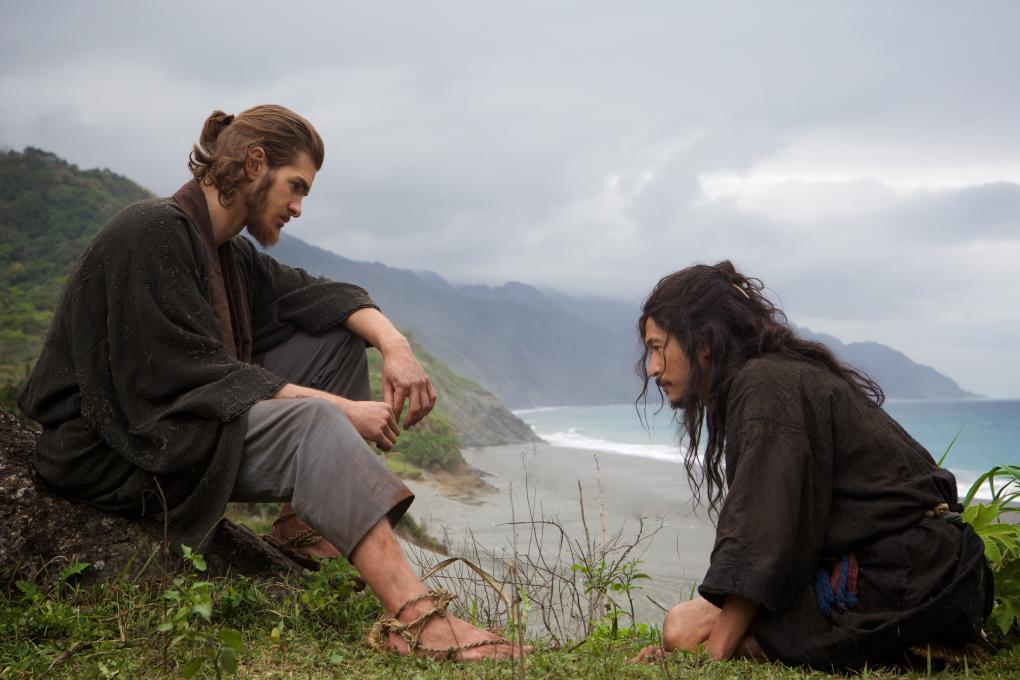 Silence of the sheep

In Martin Scorsese’s new film Silence (rated R for disturbing violent content), two Jesuit priests (Andrew Garfield and Adam Driver) travel from Portugal to Japan to find their Jesuit mentor (Liam Neeson), who has reportedly apostatized. There they encounter the intense persecution that Christians in that closed country faced in the 17th century. In both history and Shūsaku Endō’s 1966 novel on which the film is based, the ruling samurai at the time subjected any suspected Christians to intense torture and executions if they did not renounce their faith by stepping on a fumi-e, a brass image of Jesus.

Eventually the authorities realized that the martyrdom of Christians was growing the hidden churches, so they adopted a more twisted tactic: capturing church leaders and then torturing and killing other Christians in front of them if they did not renounce their faith by stepping on a fumi-e. The authorities, not trusting apostates to remain so, required them to renounce their faith regularly. This law strictly forbidding Christianity continued in Japan for more than 200 years.

American Christians today are familiar with the idea of underground churches in places like China—but this situation in Japan in the 17th century is particularly extreme. How does faith survive when the government enforces such silence on the church? Does grace cover public apostates, even if they are church leaders? Moviegoers will have their own debates about the expression of faith in an extremely repressive society, but they should keep in mind all of the disciples fled Christ in His hour of need. Christ, not any of us, remains the only perfect example of suffering.

The film focuses on the physical and spiritual suffering of Father Rodrigues (Garfield). The other main character is an “ex” Japanese Christian, Kichijiro (Yôsuke Kubozuka), who guides the priests to the hidden Christian communities, where Christians perform their own baptisms in the absence of official church leadership. Between Rodrigues and Kichijiro, Scorsese contrasts portraits of a “strong” faith with a “weak” faith.

Scorsese also confronts the potential for paternalism in missions work—a major concern of those outside the church who see characters like Rodrigues. The Japanese inquisitor, who tees up some laughs in this dark story, argues to Rodrigues at one point that he cannot force Christianity on the country: “You do not know Japan.” Rodrigues returns, “And you, honorable inquisitor, do not understand Christianity.”

This is a difficult film, in terms of both Endō’s complex story and the visual suffering. The violent persecution is vivid, but it doesn’t reach the extreme shock value of a Mel Gibson film. Scorsese shows a crucifixion, a beheading, drownings, the burning alive of a family, and a torture where Christians were hung upside down with a cut in their necks to bleed to death slowly. Even the awful scenes, like three crucifixions on a beach outside a small town, are beautifully and solemnly rendered. The beach executions call to mind the ISIS execution of 21 Coptic Christians on a beach in 2015.

The tough subject matter likely wasn’t enticing to many holiday audiences—the film went into limited release Dec. 23 before going wide in January—but it is the most complex cinematic wrestling with persecution I have seen. With attacks on Christian communities around the world, this is a timely story that will stick as a highlight in Scorsese’s canon. —Emily Belz