My grandfather believed God inspired the Hebrew Bible. My father did also, until he majored in anthropology at Harvard just before World War II and came away writing in his senior thesis that the Hebrew Bible was the product of a small, insignificant tribe living on the fringes of Babylonian civilization and sharing ancient Middle East ethics. He thought Biblical history worth knowing because it was the history of his particular tribe, but over time his faith in God apparently diminished.

Too bad he could not read Jeremiah Unterman’s Justice for All: How the Jewish Bible Revolutionized Ethics (University of Nebraska, 2017). Unterman undermines the belief that the Old Testament relies on older testaments. Using not only Biblical evidence but Sumerian, Egyptian, Babylonian, Hittite, Ugaritic, and Assyrian sources, he spotlights the Bible’s ethical advances, including making morality more important than ritual and providing for widows, orphans, strangers, and the poor.

Christopher Wright’s Hearing the Message of Daniel: Sustaining Faith in Today’s World (Zondervan, 2017) provides a deeper sense of the distinction between Jerusalem and Babylon. The latter was like a beast of prey, but Daniel and his three friends nevertheless did not choose “pious separatism.” Instead, they were diligent during their “downright offensive and idolatrous” Babylonian education. They said yes to hard jobs but no to majority religious pressures.

Wright opposes separatism and says we “need to understand the culture we live in without sharing its belief system.” He praises these verses from Chapter 8—“I, Daniel, was worn out. I lay exhausted for several days. Then I got up and went about the king’s business”—and remarks, “back to the office the next day [to take care of] all the government responsibilities. The ordinariness of this response is astonishing.”

David Schoenbrod’s DC Confidential (Encounter, 2017) shows how we’ve gone backward to Babylon. Schoenbrod’s subtitle, Inside the Five Tricks of Washington, lays out the gimmicks that allow current members of Congress to get undeserved credit: cutting taxes or increasing benefits regardless of long-term consequences, guaranteeing the debts of big businesses regardless of eventual bailout costs, creating unfunded mandates, passing regulations that others have to pay for, and avoiding responsibility for going to war. 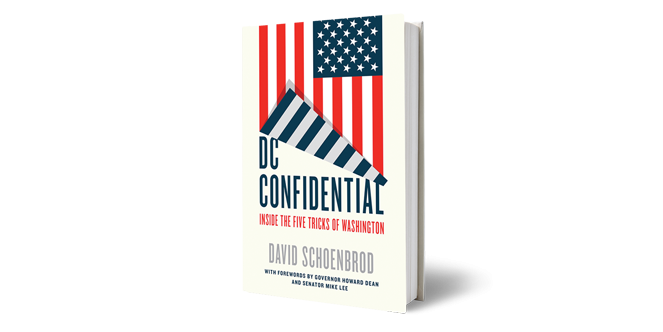 Wesley Lowery’s They Can’t Kill Us All (Little, Brown, 2016) is a good book to read if you’ve only read conservative coverage of police shootings that pooh-poohs liberal concerns. Lowery, a young African-American reporter at The Washington Post, also reveals why liberal coverage has often been one-sided: Local reporters often have so many crimes to cover that they can’t delve into one, “but if any case can be connected to a large theme or narrative … then the attorneys for the family can often interest a national reporter.”

Next, I’m dipping back a few years to recommend a book about dipping back a few centuries: Carl Trueman’s Histories and Fallacies (Crossway, 2010). Trueman critiques those who deny Nazi evil and those who blame Martin Luther for it: Luther welcomed Jews in the 1520s and attacked them in the 1540s, but reading back racism into his religious attack doesn’t recognize how the past is a foreign country. Trueman also shows the dangers of oversimplification, generalization, and post hoc, ergo propter hoc (since x follows y, y caused x).

Chapter 1 of Trueman’s The Creedal Imperative (Crossway, 2012) portrays accurately the cultural case against creeds and confessions, and the following five chapters knock it down: Confessions teach us church history, succinctly summarize the faith, relativize the present, maintain corporate unity, and more. All publications have worldviews, but some don’t acknowledge them: It’s the same with churches and creeds. —M.O.