Is that your final answer?

Quiz asks more questions than it answers while probing a caper

In 2001, we had the internet. But the search for online information remained slow and cumbersome, making it a still-ripe environment for the trivia-based game show Who Wants To Be a Millionaire?

The real-life scandal that grew out of that fandom is the inspiration for AMC’s riveting (though somewhat potty-mouthed) new drama Quiz.

In the first episode, we see how the monster hit began in the United Kingdom and crossed the Atlantic to win huge ratings on ABC. But more than that, we learn how a dedicated community of “quizzers” grew up around the program.

Truth, of course, is always truth. But human beings aren’t perfect arbiters of it, and our perceptions are easily deceived.

There’s something sweetly human about the fringe community of viewers who find connection through their mutual obsession with the show. Eventually though, shared fandom takes a less sporting turn as the quizzers figure out how to game the system. This allows Diana Ingram (Sian Clifford), her brother, and finally her husband, Army Maj. Charles Ingram (Matthew MacFadyen), to maneuver themselves into the winner’s circle. It’s the unlikeliest sort of crime syndicate—if it’s a crime at all.

As feckless Charles stumbles and second-guesses himself to the biggest prize, Millionaire’s producers start to smell a rat. They review the tape of Charles’ performance and suspect the subtle coughs from the audience are really signals. It’s at this point that Quiz becomes something more than an amusing legal mystery.

Charles’ big winning episode is the original viral video—the public watches and rewatches a tape the producers have specially edited to amplify the coughs and Charles’ odd behavior.

Everyone thinks they know what they saw. Everyone has an opinion. Soon, people who’ve never met the Ingrams feel justified in meting out mob justice, harassing their children, shooting their dog, and spitting on Charles as he takes his daily walk. 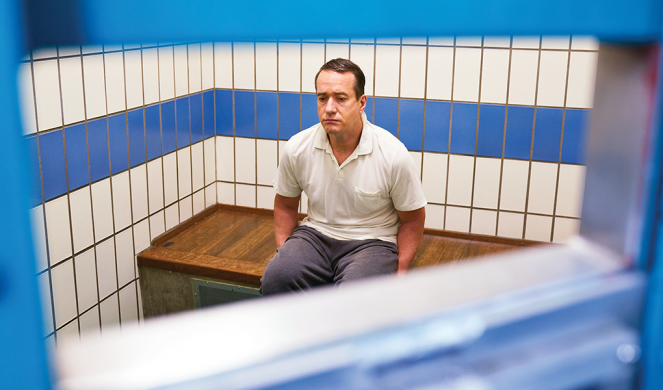 Truth, of course, is always truth. But human beings aren’t perfect arbiters of it, and our perceptions are easily deceived. As the story takes a darker turn, it uncomfortably reflects the vicious public debates we seem to have every few months about viral videos these days. Until, at last, the last episode reviews events from other angles with broader context.

As the Ingrams’ lawyer digs deep into the concept of confirmation bias, she forces jurors to consider how justified their basic premises are and whether other interpretations of events might also be reasonable: “When an assumption signals the brain, it rearranges and reorganizes all facts to support the assumption.”

More than just interpretation, though, she highlights how quickly we render judgment and close ranks against those whose background, personality, or views don’t align with our own.

This engaging story about a million-dollar tempest in a teapot makes us question the difference between pursuing justice and pursuing the appearance of justice. And it illustrates how mercilessly we can destroy lives when we care more about appeasing an opinionated public than finding facts.

This isn’t to suggest that Quiz is a hectoring morality tale. With sharp, satirical performances, it entertains as much as it educates. In the end it has no easy answers about the Ingrams or whether justice prevailed in their case. But it leaves no doubt about how one piece of video that someone expands, edits, or presents from different angles—as in the case last year of the Covington Catholic students—can influence our impressions, and how careful we should be before we rush to judgment.