The Clockwork Sparrow by Katherine Woodfine: Woodfine’s stunning debut novel boasts tantalizing Edwardian-era set dressing. A new London department store serves as the backdrop for the daring theft of a priceless artifact. Fourteen-year-old Sophie Taylor, recently orphaned, finds gainful employment in the millinery department of Sinclair’s, but she finds herself perilously entwined in the aftermath of the heist. New friends Billy (a porter), Lilian (a young fashion model), and Joe (a street urchin) work with Sophie to clear her name and bring down the network of a villain known only as “the Baron.” (Ages 8 & up)

Framed! by James Ponti: At only 12 years old, Florian Bates has become an FBI secret weapon. He developed a technique, the “Theory of All Small Things” or TOAST, to identify patterns and abnormalities and then crack mysteries big and small. With his new friend Margaret, Florian uncovers the nefarious deeds of a crime syndicate at the National Gallery in Washington, D.C. Framed! scores points for clean, snappy dialogue and its depiction of healthy friendships and parent-child dynamics. Adults and children alike will appreciate this first installment in Ponti’s Framed! series. (Ages 8 & up)

The Mystery of Black Hollow Lane by Julia Nobel: Emmy Willick’s biggest concerns revolve around her next soccer match. That is, until her mom sends Emmy to a British boarding school an ocean away from her native Connecticut. Soon Emmy is learning more than just Latin: She starts to uncover details of her missing father’s mysterious past. As her family history and the school’s dark secrets converge, Emmy relies on her wits and confidants to fend off a secret society and preserve her father’s prized possession—and her life. Note: The book’s few slightly salty words are relative outliers. (Ages 8 & up)

Summer of the Woods by Steven K. Smith: Brothers Sam and Derek have high hopes for exploring their new Virginia home. With a creek and thick woods just behind the house, the elementary-age boys jump headlong into summer and find themselves pulling at the threads of a decades-old mystery. The discovery of a rare coin in the creek precedes an even greater find: a map of an abandoned mine leading to what they expect will be treasure pilfered from the local museum in 1953. A Hardy Boys flavor characterizes this sweet pick, though occasionally clunky dialogue may stall the reader. (Ages 7-12) 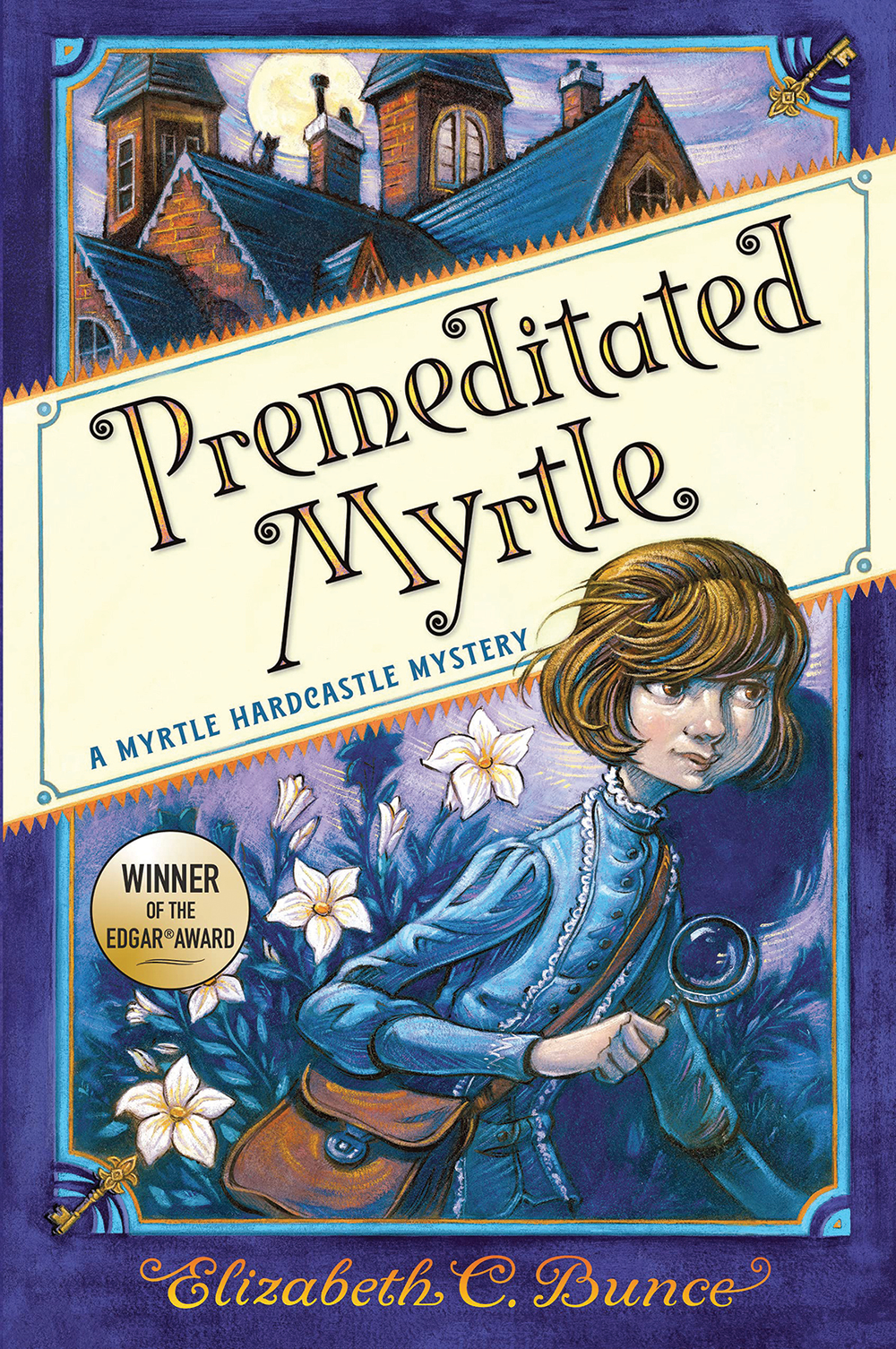 All of the books reviewed here are part of series that capitalize on our natural inquisitiveness, leading readers from page after page, to book after book. Elizabeth C. Bunce’s Premeditated Myrtle (Algonquin Young Readers, 2020), the first in the Myrtle Hardcastle Mysteries, stands out among them.

Precocious 12-year-old Myrtle comes by her curiosity honestly. Her father is the court prosecutor in the fictional British town of Swinburne, and her late mother had been a medical student. Myrtle’s vast intelligence and her fixation on court proceedings and police activity set her apart from other young ladies of the Victorian era. When her elderly neighbor—an heiress with a well-known green thumb—dies, Myrtle suspects foul play.

Horticulture, estranged relatives, and penny dreadfuls enter the fray as the unflappable Myrtle seeks justice. Under the guidance of her gentle governess, Miss Judson, Myrtle learns to channel her curiosity and rein in her impulses. Bunce keeps readers on the edge of their seats with strong character development and surprising revelations. —K.G.

Love middle grade books and always looking for ones that feature boys! I have four young sons. One of my favorite authors is Gary D. Schmidt. Have you read his books?

Oh, yes! I loved The Wednesday Wars. Do you have other recommendations from Schmidt? —KG

I also love Schmidt! "Okay for Now" follows "The Wednesday Wars" and is even better, I thought. (That could be because I read it first, or because I already loved Jane Eyre.) Let us know what you think!

How do I know who is commenting? No real names. Haha! -Bethany (It’s been me, not my hubby posting.)

Picture books - yes! RAR is wonderful, and Wise Cracked Mama also has some great booklists, with an emphasis on titles/authors for boys. Have you read any picture books by Brian Floca? His Locomotive and Moonshot are favorites here.

(Sorry Bethany, for the no-name earlier; I tried to update my profile name last week, but it never took and I was stuck with a random handle chosen by the system. ~Sarah) : )

Oh we love Moonshot! A friend met him and got the book signed for my boys. ❤️ Can’t wait to check out that other book website. Are you on Instagram? It’s always fun to meet likeminded mamas who love books and Christian worldview.

An autographed copy - how cool is that?? Thanks for the invite to IG. If I was on social media I’d come over and join the party! I DO love books and the Christian worldview, but I’m actually only an auntie. : ) I love to read to my three little nephews, and both learn from AND support my sister and other mamas in their quest for good literature!

All of them! 😂 “Okay For Now” is one of my all time faves. It features Audubon! 😍 I am currently reading “Just Like That” and read “Pay Attention, Carter Jones” last summer. They’re both so good!

Now, how about picture books?! We get all our best lists from Read Aloud Revival. The first to pop in my mind is Hello, Lighthouse. ❤️

Also, have you read Unbound illustrated by Melissa Sweet?! 😍😭