What feels old isn’t the music (although most of it was composed decades if not more than a century ago) so much as the album’s tantalizing promise to provide an immersive listening experience without precedent.

It’s a promise that the recording industry has been making since 1958, when it first seized upon the mass-marketing potential of 3D sound and named it stereo. When consumers began taking that sonic revolution for granted, others—quadrophonic sound, half-speed mastering, digital audio—came along.

These turned out to be little more than incremental improvements detectable mainly to possessors of exceptional hearing and high-end sound systems.

Today, the term spatial audio is really just the latest name for surround sound, which has been around for years. And, yes, sophisticated equipment is necessary to feel the full effect. The good news is that the partial effect can still be pretty impressive. 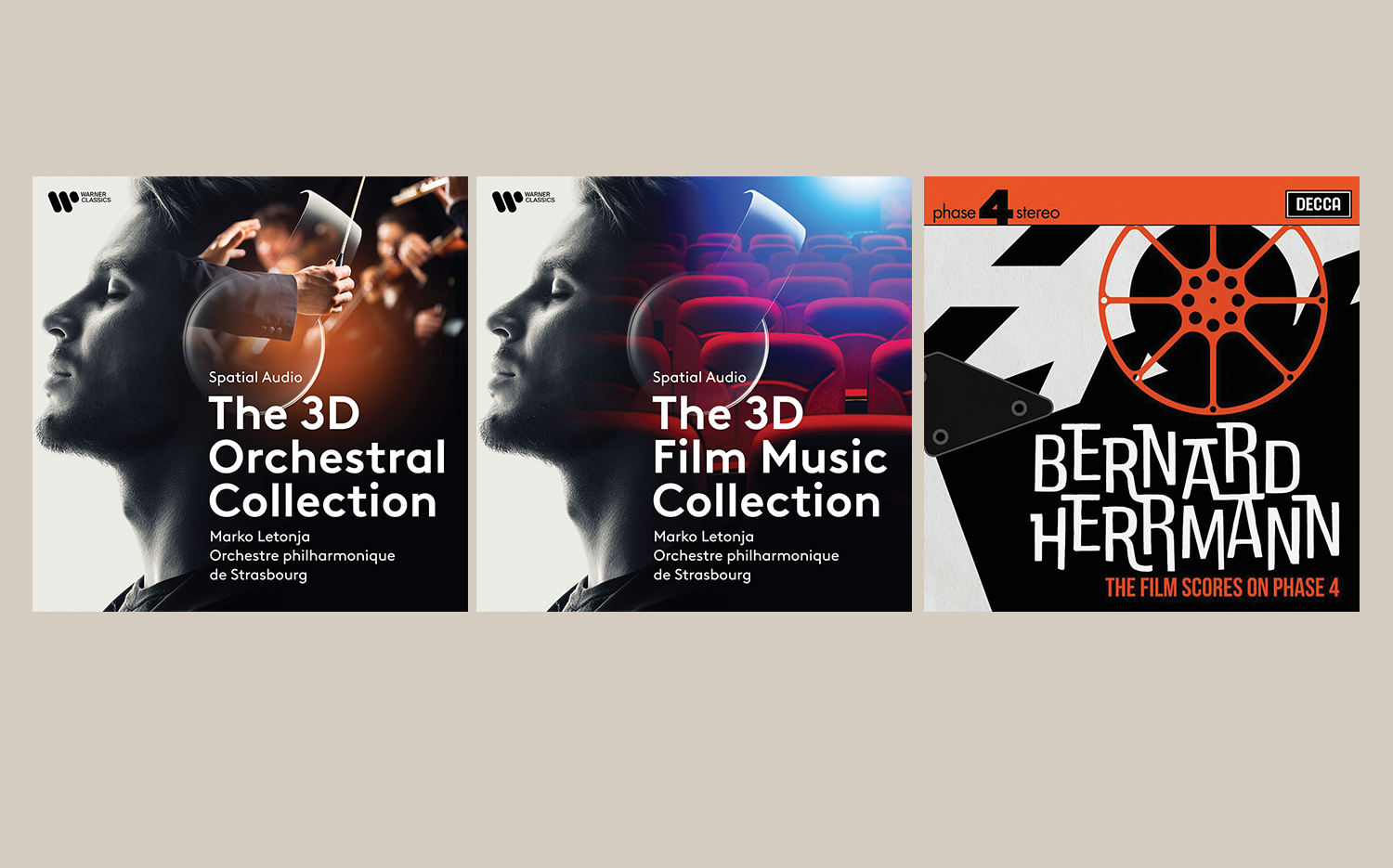 To demonstrate what the format can deliver, the Orchestral Collection leans heavily on aurally expansive Romantic-era classics such as Rossini’s “William Tell Overture,” Wagner’s “Prelude to Act 3” from Lohengrin, and, of course, Tchaikovsky’s 1812 Overture, the exploding cannons of which boom with heart-stopping palpability.

The Orchestre’s Film Music Collection opens in similarly dramatic fashion with Erich Korngold’s “The Sea Hawk.” And before accelerating into the modern era with excerpts from Jaws and Star Wars, it peaks with Elmer Bernstein’s main-title theme from The Magnificent Seven and an Alfred Hitchcock suite drawn from the soundtracks of North by Northwest, Vertigo, and Psycho.

Meanwhile, the composer of those soundtracks, Bernard Herrmann, plays an even bigger role in another new collection of recordings on spatial audio’s predecessor, Decca Records’ Phase 4 Stereo. Initiated in 1961 and abandoned approximately 20 years later, the format became a favorite of serious conductors, Herrmann included.

Bernard Herrmann: The Film Scores on Phase 4 (Decca) boxes the seven Phase 4 albums that Herrmann released in the ’60s and ’70s. With the exception of the 10 pieces on Music from Great Shakespearean Films and the 15 on Bernard Herrmann Conducts Great British Film Scores, the compositions are Herrmann’s own. They evince an awe-inspiring musical imagination ideal for Phase 4 transmission.